Morris David Brough Pert (8 September 1947 – 27 April 2010) [1] was a Scottish composer, drummer/percussionist, and pianist who composed in the fields of both contemporary classical and jazz-rock music. His compositions include three symphonies, piano music, chamber and solo instrumental music, choral music and "sonic landscapes" for electronic media; a late major work is "Ankh" for Carnyx and electronics written for eminent trombonist John Kenny.

Morris Pert was born into a musical family and raised in Arbroath, Scotland where he played variously in percussion, folk (Triad) and rock bands (Vegas) and began to compose. He gained a Trinity College London diploma in piano performance in 1967 and a Bachelor of Music degree from the University of Edinburgh in 1969. He then studied in London on a scholarship at the Royal Academy of Music with Alan Bush (who considered Pert one of his best pupils) and James Blades. He was a prize-winning student, notably the 1970 Royal Philharmonic Society Award for his orchestral work Xumbu-Ata, which was broadcast by the BBC. Pert's other orchestral compositions include Missa Festiva for choir and orchestra, Omega Centauri for chamber orchestra and tape, Sun Dragon for large orchestra and tape, Sonores for solo piano, Andromeda Link for solo violin and tape, Eoastrion Op.30 for E-flat clarinet, piano and tape, The Rising of the Moon for large orchestra (Premiered by Hiroyuki Iwaki and the Waseda University S.O.), The Beltane Rites for orchestra(a BBC commission), The Ancient Kindred for orchestra, Ancient Rites for choir and orchestra, Chromosphere for five players and tape, The Ultimate Decay for tape, The Book of Love for percussion and tape, and incidental music for productions of Macbeth (Young Vic) , The Tempest , and Peter Pan (Eden Court). [2] [3]

As a rock musician Pert spent two years (1970–1972) with Japanese percussionist Stomu Yamashta as a member of his ensembles "East Wind" and "Red Buddha Theatre". The group created a sensation with performances at The Roundhouse in London. In 1971 he founded the group "Come to the Edge" with Robin Thompson and Andrew Powell. After personnel changes in 1973 this band became "Sun Treader" (or "Suntreader") and recorded two albums. In 1977 Pert joined the jazz-rock band Brand X for their second album, composing three numbers for their Masques album. He stayed with the band, touring extensively, until 1979.

He also taught piano as an associate professor at Trinity College London, an activity that probably inspired "Moon Dances" and "Voyage in Space".

A pioneering composer, he saw himself as a musical "explorer", adopting modern techniques of sonority and percussion writing, but nevertheless avoided excesses of cerebralism believing sound and emotional communication to be of fundamental importance. His musical language is marked by a degree of rhythmic and metric complexity and a non-ideological use of serial technique that remains open to aspects of tonality. Another important feature of his music is the degree of improvisation required of soloists, generally in response to a pre-recorded tape. The extramusical stimuli were often cosmological, ranging from generally solar or lunar themes to the more specifically astronomical: "Alpha Centauri", "Omega Centauri", "Chromosphere" etc. or inspired by the wisdom, culture and artefacts of the ancient and medieval world, especially his Pictish forebears, but also drawing on Lucretius, Taoism, Carmichael's Carmina Gadelica and the Bible. Composers mentioned on his website were Arne Nordheim, Stockhausen and Iannis Xenakis. Other discernable influences included Tadeusz Baird and Reginald Smith Brindle, as well as the Polish avant-garde.

Pert built a studio in northwest Scotland, where, among other activities, he worked on a projected fourth symphony (of which no remnants are known but which was to be titled "De Situ Albanie") and on solo piano suites; he also explored electronic music and worked with Japanese soprano Natsuko Mineghishi and her ensemble Klang Collective, based in Melbourne and the American musician Bob Warseck. 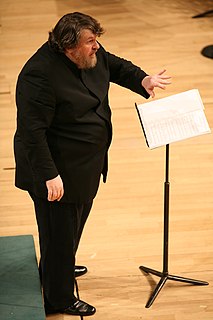 Boris Ivanovich Tishchenko was a Russian and Soviet composer and pianist. 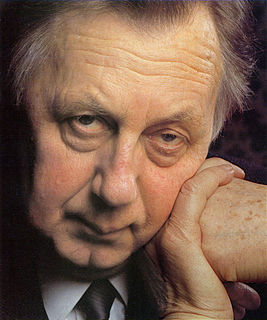 Agata Zubel is a Polish composer and singer.