MCN or Motor Cycle News is a UK weekly motorcycling newspaper published by Bauer Consumer Media, based in Peterborough, United Kingdom. It claims to be "the world’s biggest weekly motorcycle newspaper". [2]

The title was founded in late 1955 as Motorcycle News by Cyril Quantrill, a former employee of Motor Cycling, and was sold to EMAP in 1956. [3] Bauer bought Emap's consumer media division in 2008.

The brand has expanded to include the MCN website, MCN Mobile, iPhone app, the 'MCN Compare' Insurance Comparison service, MCN London and Scottish Motorcycle Show and the MCN Live! at Skegness party weekend.

Cyril Quantrill was an employee of Motor Cycling under famous editor Graham Walker, learning his trade both pre and post-war. The British motorcycle media was traditionally dominated by two rival publishing houses - Temple Press with Motor Cycling and Iliffe with The Motor Cycle. Both were weekly magazine-format Thursday publications.

Using his growing skill-set, Quantrill recognised an opening for a Wednesday newspaper-format venture which could better-showcase sport — an area largely not covered by his employer Motor Cycling or The Motor Cycle

With his friend Peter Baldwin — whose father owned a print-works at Tunbridge Wells — Quantrill established his own publication Motorcycle News from a small office off Fleet Street and, in conjunction with Baldwin Press, produced the first issue dated 30 November 1955.

Limited by a 3,000 issue print-run capability and underfunding, Quantrill arranged to sell to EMAP in 1956.

Under new ownership the issues were still priced at fourpence, but the title had changed to non-italic upper case MOTORCYCLE NEWS.

Quantrill stayed on as editor and with EMAP's backing the brand flourished. By the time of Quantrill's resignation in 1961 circulation was at 67,000. [3]

Quantrill continued working as a journalist, including as editor of Motor Cyclist Illustrated, published by City Magazines Ltd of London. Continuing Quantrill's earlier motivation of sports reporting, it had the strapline "the sporting monthly".

Motorcycle News as a sporting newspaper was pitched to beat the rivals to the newsstands by one day. Both of the rivals were still magazine-format and remained traditionally producing practical and informative general coverage.

By 1962, the front page had been restyled by replacing the centred-title with a left-corner masthead box. Changing the Title text to three stacked short words with larger initial letters released more space for headlines and larger images whilst creating the MOTORCYCLENEWS which in the public mind became the common name and gave rise to the acronym 'MCN'.

In March 1966 MCN produced a colour ten-year anniversary supplement with various contributors including sporting notables Mike Hailwood, Bill Ivy, Jeff Smith, Dave Bickers, Alf Hagon and Charlie Rous summarising the developments and highlights of the past ten years' reporting, together with representatives of the major bike manufacturers stating their aspirations for future trading. [6]

The two publications continued as rival 'papers. From the late 1960s, the MCN corner-masthead became blue, turning to the familiar red for the 1970s, gradually introducing more colour into the pages. Rival 'Motor Cycle' became Motor Cycle Weekly, which reverted to a glossy-magazine format in 1983 in an effort to boost sales figures by then-publisher IPC before eventual closure in late 1983. MCN continued from strength to strength.

MCN have been presenting an annual awards ceremony almost since they were founded in 1955. These included the popularity poll 'Man of the Year' and the overall 'MCN Machine of the Year' award:

Barry Steven Frank Sheene was a British professional motorcycle racer. He competed in Grand Prix motorcycle racing and was a two-time world champion, winning consecutive 500cc titles in 1976 and 1977. 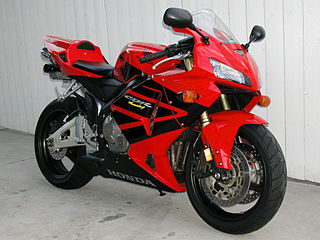 The Honda CBR1000RR, marketed in some countries as the "Fireblade", is a 999 cc (61.0 cu in) liquid-cooled inline four-cylinder superbike, introduced by Honda in 2004 as the 7th generation of the CBR series of motorcycles that began with the CBR900RR in 1990. 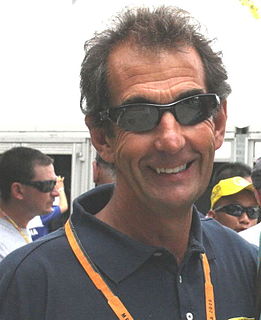 Stephen James Parrish also known as "Stavros", is a British former professional motorcycle and truck racer, who is now a motorsport television commentator and speaker/entertainer. 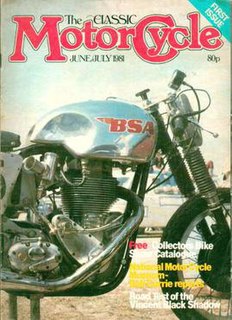 Mortons of Horncastle Ltd is a publishing, events and printing company based in Horncastle in East Lindsey, Lincolnshire, England.

The BMW K1600GT, K1600GTL, and K1600B are motorcycles manufactured by BMW Motorrad. The former two were announced in July 2010, unveiled at the Intermot motorcycle show in Cologne in October 2010; they went on sale in March 2011. The latter was announced in October 2016. The K1600GTL is a full dress luxury tourer, which replaced the K1200LT. It was intended to compete with the Honda Gold Wing. The K1600GT was more of a sport tourer similar to the then-existing K1300GT and previous K1200GT models. The K1600B is a bagger designed primarily for the North American market.

Kevin Ash was a British motorcycle journalist and author, who contributed to The Daily Telegraph and to Motor Cycle News. 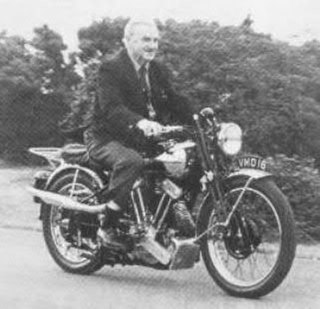 Robert Frank Currie was an English motorcycling writer and road tester, who later became a magazine editor and book author. Mainly known for his UK journalism work with Motor Cycle, a UK weekly motorcycle magazine-turned-newspaper, then from 1981 as Editor of a new monthly magazine The Classic Motor Cycle, he retired in early 1988 suffering from an ongoing illness, after a full-time writing career starting in 1955, and later died of heart failure.

The Transatlantic Trophy was an annual series of motorcycle races between the United Kingdom and America held from 1971 to 1988 and again in 1991. They were mostly held over the Easter weekend at Brands Hatch, Mallory Park and Oulton Park, although some races were held at Donington Park and Snetterton. Three different specifications of motorcycles were used in the series at various times: AMA/F750, Superbike and GP.