Mr. DJ (born David Sheats) is an American hip-hop producer and DJ from Atlanta. He and Outkast members Big Boi and André 3000 make up the record production company Earthtone III.

Raised on the southside of College Park, Georgia, Mr. DJ attended Banneker High School. [1] He entered the music industry as a DJ for Atlanta-based hip-hop group Outkast. According to Sheats,

Rico Wade, from Organized Noize, is my first cousin. We talked about Outkast. I knew at some point they were going to need a DJ. I was like, "Man, you know I DJ. You should let me DJ for the group, I’m telling you." [2]

After touring with the group for a year, he began to focus more on production rather than deejaying. By sharpening his beat making skills, Mr. DJ got the opportunity to help produce Outkast's 1996 second album ATLiens . [3] Following his work on OutKast's “Elevators (Me & You)” and several songs from their album Aquemini , Mr. DJ formed Earthtone III production group with Andre 3000 & Big Boi. Collectively, the trio produced roughly 80% of tracks from Stankonia to their latest album, Idlewild . [4] In addition, Mr. DJ continued to DJ on every OutKast album, except Speakerboxxx/The Love Below , which he mostly produced. To date, his most notable hits include "Da Art of Storytellin'", "B.O.B.", "Ms. Jackson", and "The Whole World". He is also a part of the Atlanta-based hip hop/R&B/soul musical collective The Dungeon Family.

Mr. DJ has won two Grammy Awards, one in 2002 for Best Rap Performance by a Duo or Group for "Ms. Jackson", and another in 2004 for Rap Album of the Year for his work on Outkast's Speakerboxxx/The Love Below . In 2008, he started his own record label, Camp David Records, with several new artists including Jeff B., Chinkie Brown, and Shawty Redd. Public Relations Associate Keith Kemp was quoted as saying:

Camp David will be recognized as the premiere record label in music, as Mr. DJ and his artists produce cutting edge material that will cross cultural boundaries and send music to an unchartered level. [5] 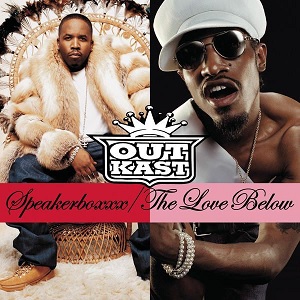 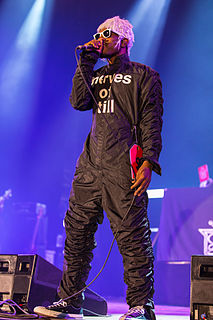 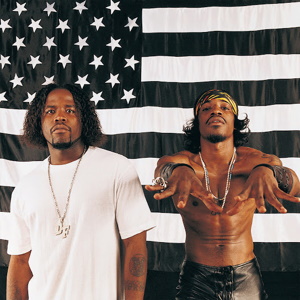 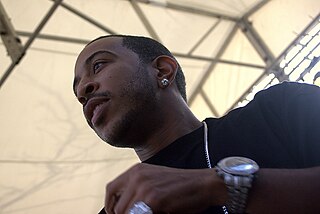 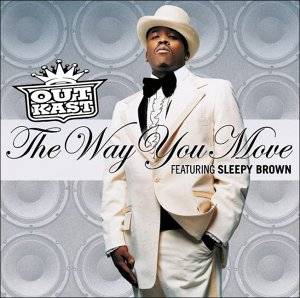 "The Way You Move" is a hip-hop and soul song performed by Big Boi of American hip hop duo OutKast. The song features OutKast mentor Sleepy Brown on guest vocals. Along with "Hey Ya!", recorded by OutKast's other member André 3000, "The Way You Move" is one of the two lead singles from Speakerboxxx/The Love Below, OutKast's double album project that includes a solo album from each member.

Nathaniel Elder, better known by his stage name Supa Nate, is one of the rappers in the hip-hop group Konkrete. He grew up in Atlanta, where he attended Banneker High School. He made his debut in 1998 on "Nathaniel" on OutKast's Aquemini, in which he delivered an original rap, sans back beat, from a jail telephone. The lyrics reference his wish to get out of jail so he can "grab a mic and bust a flow." After his release, Nate joined with rappers C-Bone And Lil' Brotha to form Konkrete. 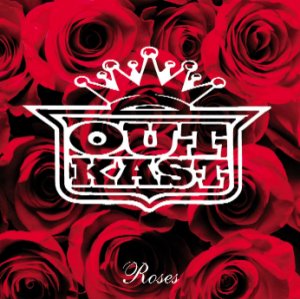 "Roses" is a song by American hip hop duo OutKast. It was released on March 1, 2004, as the third single from their 2003 double album, Speakerboxxx/The Love Below. It appears on André 3000's The Love Below disc, and is the only track on his disc to feature Big Boi. The track was largely popular in the United Kingdom and the United States, peaking at number four on the UK Singles Chart and number nine on the Billboard Hot 100. It also found popularity in Australia, reaching number two on the Australian Singles Chart. 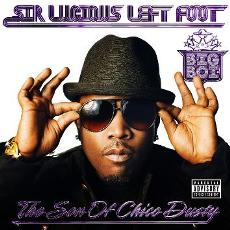 Sir Lucious Left Foot: The Son of Chico Dusty is the debut studio album by American rapper Big Boi, released on July 5, 2010, by Purple Ribbon Records and Def Jam South Recordings. It is his first solo album, following his work as a member of the hip hop duo OutKast. Production for the album took place primarily at Stankonia Recording Studio in Atlanta during 2007 to 2010 and was handled by several record producers, including Organized Noize, J Beatzz, Scott Storch, Salaam Remi, Mr. DJ, and André 3000, among others. 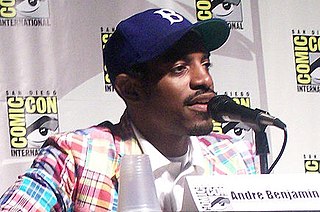 The discography of André 3000, an American hip hop recording artist and record producer from Atlanta, Georgia, consists of eight singles as a featured artist. André 3000 embarked on his musical career in 1991, as a member of the Southern hip hop group OutKast, alongside fellow Atlanta-based rapper Big Boi. Together they have recorded and released six studio albums, and their singles "Ms. Jackson", "Hey Ya!" and "The Way You Move", have all topped the US Billboard Hot 100. 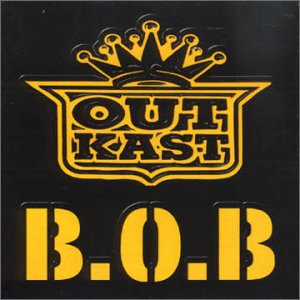 "B.O.B" is a song by American rap duo Outkast from their fourth studio album Stankonia (2000). It was released as the album's lead single on September 19, 2000 through LaFace Records and Arista Records. Produced by Earthtone III, the song features a high-speed tempo beat consisting of drum and bass rhythms, guitars, organs, and gospel vocals. Although not a huge commercial success, the song has been cited as one of the greatest songs of all time by publications such as Pitchfork, Rolling Stone, Blender and Complex. Recorded and released prior to the September 11 attacks, the song became popular during the Iraq War.

Antwan André Patton, better known by his stage name Big Boi, is an American rapper, songwriter, record producer and actor. He is best known for being a member of the southern hip hop duo Outkast alongside André 3000. Big Boi's solo debut album Sir Lucious Left Foot: The Son of Chico Dusty was released in July 2010 to critical acclaim. He released his second studio album Vicious Lies and Dangerous Rumors in 2012. Boomiverse, his third studio album, was released in June 2017.