"Mike", age 6, arrives in New York to stay with her pregnant older sister Barbara Ainsworth, who lives together with a group of young women, her co-players in a symphony orchestra. As the orchestra prepares to go on a tour of army camps, a telegram is received informing them of the death of Barbara's soldier husband in the Pacific war theater. The girls decide to keep the tragic news from her until after her baby is born. The orchestra is shown playing several classical standards before various military audiences. The talented Iturbi variously conducts the group as well as effortlessly plays difficult piano pieces, while Durante sings comically and acts as a grandfather figure to Mike. In a surprise ending, shortly before giving birth, Barbara receives a letter from her husband saying he is in good spirits and convalescing in a military hospital.

The Calgary Philharmonic Orchestra is an orchestra based in Calgary, Alberta, Canada. The orchestra gives the majority of its performances in the Jack Singer Concert Hall at Arts Commons. It is also the resident orchestra for the Calgary Opera, Alberta Ballet Company, and the Honens International Piano Competition.

AFI's 100 Years...100 Stars is the American Film Institute's list ranking the top 25 male and 25 female greatest screen legends of American film history and is the second list of the AFI 100 Years... series. The list was unveiled on June 15, 1999, through a CBS special hosted by Shirley Temple, with 50 then-current actors making the presentations.

Josu de Solaun is a Spanish-American classical music pianist. He is also a solo piano free improviser, playing solo improvised piano recitals, as well as a published poet and a composer. He holds citizenships from both Spain and the United States. In 2019 he was given the title of Officer of Cultural Merit, a state decoration, by Klaus Iohannis, president of Romania. In 2021 he was awarded an International Classical Music Awards (ICMA) Award. 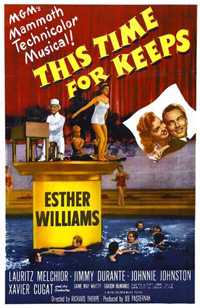 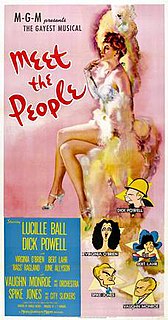 Meet the People (1944) is a Metro-Goldwyn-Mayer musical comedy film made, and set, during World War II, and starring Lucille Ball and Dick Powell and featuring Virginia O'Brien, Bert Lahr, Rags Ragland and June Allyson. The film takes its title from a successful Los Angeles musical revue, which ran on Broadway from December 25, 1940 to May 10, 1941. Vaughn Monroe and his orchestra, Spike Jones and his City Slickers, and Virginia O'Brien were also in the original stage cast. O'Brien sings the hit song "Say We're Sweethearts Again". 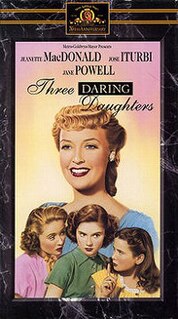 The Quad City Symphony Orchestra (QCSO) is a United States symphony orchestra based in Davenport, Iowa, and representing the Quad Cities area. The current music director and conductor is Mark Russell Smith. Established in 1916, the orchestra has a full season, performing six Masterworks series concerts, three pops concerts, and five signature series chamber concerts. The 96-member orchestra principally performs at two venues: the Adler Theater, located in Davenport, Iowa and Centennial Hall on the campus of Augustana College in Rock Island, Illinois. The Riverfront Pops Concert in early September is held at the W.D. Petersen Memorial Music Pavilion in LeClaire Park on the Davenport riverfront. Its Holiday Pops Concert is performed at the Adler Theater. The signature series concerts are held in a more intimate setting, often in Augustana's Wallenberg Hall. It also maintains five ensembles for local youth and conducts extensive outreach in area schools. 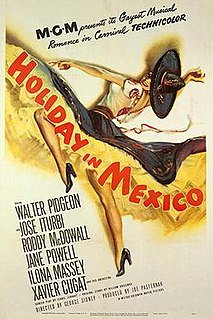 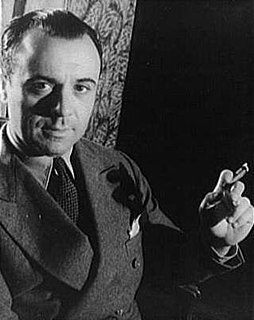 José Iturbi Báguena was a Spanish conductor, pianist and harpsichordist. He appeared in several Hollywood films of the 1940s, notably playing himself in the musicals Thousands Cheer (1943), Music for Millions (1944), Anchors Aweigh (1945), That Midnight Kiss (1949), and Three Daring Daughters (1948), his only leading role.