Music for Strings, Percussion and Celesta

Music for Strings, Percussion and Celesta, Sz. 106, BB 114 is one of the best-known compositions by the Hungarian composer Béla Bartók. Commissioned by Paul Sacher to celebrate the tenth anniversary of the chamber orchestra Basler Kammerorchester , the score is dated September 7, 1936.

The work was premiered in Basel, Switzerland on January 21, 1937 by the chamber orchestra conducted by Sacher, and it was published the same year by Universal Edition.

As its title indicates, the piece is written for string instruments (violins, violas, cellos, double basses, and harp), percussion instruments (xylophone, snare drum, cymbals, tam-tam, bass drum, and timpani) and celesta. The ensemble also includes a piano, which, due to the hammer mechanisms inside, also classifies as a percussion instrument; the celesta player joins the pianist in some four-hands passages. Bartók divides the strings into two ensembles which, he directs, should be placed antiphonally on opposite sides of the stage, and he makes use of antiphonal effects particularly in the second and fourth movements.

The piece is in four movements: the first and third slow; the second and fourth quick. All of the movements are written without a key signature:

The first movement is a slow fugue with a constantly changing time signature. The movement is based around the note A, on which it begins and ends. It begins with muted strings, and as more voices enter, the texture thickens and the music becomes louder, coming to a climax on E♭, a tritone away from A. Mutes are then removed, and the music becomes gradually quieter over gentle celesta arpeggios. The movement ends with the second phrase of the fugue subject played softly over its inversion. The first movement can be seen as a basis for material in the later movements; the fugue subject recurs in different guises at points throughout the piece.

The second movement is quick, with a theme in 2
4 time which is transformed into 3
8 time towards the end. It is marked with a loud syncopated piano and percussion accents in a whirling dance, evolving in an extended pizzicato section, with a piano concerto-like conclusion.

The third movement is slow, an example of what is often called Bartók's "night music". It features timpani glissandi, which was an unusual technique at the time of the work's composition, as well as a prominent part for the xylophone. The rhythm of the xylophone solo that opens the third movement is a "written-out accelerando/ritardando" which follows the Fibonacci sequence, the notated rhythm representing 1:1:2:3:5:8:5:3:2:1:1 notes per beat in sequence.

The fourth and final movement, which begins with notes on the timpani and strummed pizzicato chords on the strings, has the character of a lively folk dance.

The popularity of the Music for Strings, Percussion and Celesta is demonstrated by the use of themes from this work in films and popular music. The second movement of this work accompanies "Craig's Dance of Despair and Disillusionment" from the film Being John Malkovich . The Adagio movement was used as the theme music for The Vampira Show (1954–1955). The movement was also featured in the Encyclopaedia Britannica film The Solar System (1977) and the Stanley Kubrick film The Shining (1980). Jerry Goldsmith wrote in the style of this piece for the 1962 film Freud: The Secret Passion . It also was the soundtrack for the 1978 Australian film Money Movers . Also the work is sampled by Anthony "Ant" Davis from the underground hip hop group Atmosphere, from Minneapolis, on the song "Aspiring Sociopath" of their album Lucy Ford .

The architect Steven Holl used the overlapping strettos that occur in this piece as a parallel on which the form of the Stretto House (1989) in Dallas, Texas was made.

The novel City of Night (1962) by John Rechy makes reference to Music for Strings Percussion and Celesta (p. 145, passim), a work which haunts the main character. The piece is also mentioned in the novel The Collector (1963) by John Fowles, where one of the main characters, Miranda Grey, calls it "The loveliest."

Much of the music from this collection, along with The Miraculous Mandarin , can be heard as underscore for two Doctor Who stories: 1967's "The Enemy of the World" and 1968's "The Web of Fear".

The first recording of the work was made in 1949 by the Los Angeles Chamber Symphony under Harold Byrns, [2] 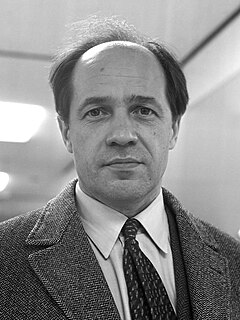 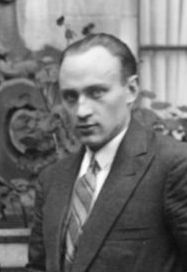 Paul Sacher was a Swiss conductor, patron and billionaire businessperson. At the time of his death Sacher was majority shareholder of pharmaceutical company Hoffmann-La Roche and was considered the third richest person in the world with an estimated net worth of 13 billion.

The Symphony No. 6 in B minor, Op. 54 by Dmitri Shostakovich was written in 1939, and first performed in Leningrad on 21 November 1939 by the Leningrad Philharmonic Orchestra under Yevgeny Mravinsky. 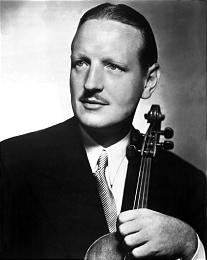 The Sonata for Two Pianos and Percussion, Sz. 110, BB 115, is a musical piece written by Hungarian composer Béla Bartók in 1937. The sonata was premiered by Bartók and his second wife, Ditta Pásztory-Bartók, with the percussionists Fritz Schiesser and Philipp Rühlig at the International Society for Contemporary Music (ISCM) anniversary concert of 16 January 1938 in Basel, Switzerland, where it received enthusiastic reviews. Bartók and his wife also played the piano parts for the American premiere which took place in New York City's Town Hall in 1940, with the percussionists Saul Goodman and Henry Deneke. It has since become one of Bartók's most performed works.

Leopold Stokowski's orchestration of Pictures at an Exhibition by Modest Mussorgsky was completed in 1939 and premiered later that year, on 17 November, by the Philadelphia Orchestra.

The Symphony No. 2 by William Walton was written between 1957 and 1960, and premiered in September 1960. It received a mixed reception at first: some critics thought Walton's music old-fashioned. Subsequently it has been re-evaluated and praised. The work was first performed by the Royal Liverpool Philharmonic Orchestra, conducted by John Pritchard and was first recorded by the Cleveland Orchestra, conducted by George Szell. It has subsequently been recorded by conductors from Britain, the US and elsewhere.

The Miraculous Mandarin Op. 19, Sz. 73, is a one act pantomime ballet composed by Béla Bartók between 1918 and 1924, and based on the 1916 story by Melchior Lengyel. Premiered on 27 November 1926 conducted by Eugen Szenkar at the Cologne Opera, Germany, it caused a scandal and was subsequently banned on moral grounds. Although more successful at its Prague premiere, it was generally performed during the rest of Bartók's life in the form of a concert suite, which preserves about two-thirds of the original pantomime's music.

The Bachianas Brasileiras are a series of nine suites by the Brazilian composer Heitor Villa-Lobos, written for various combinations of instruments and voices between 1930 and 1945. They represent a fusion of Brazilian folk and popular music on the one hand and the style of Johann Sebastian Bach on the other, as an attempt to freely adapt a number of Baroque harmonic and contrapuntal procedures to Brazilian music. Most of the movements in each suite have two titles: one "Bachian", the other Brazilian.

The Symphony in F-sharp, Op. 40, is the only symphony by 20th-century Austrian composer Erich Wolfgang Korngold, although as a teenager in 1912 he had written a Sinfonietta, his Op. 5. Using a theme from the 1939 film The Private Lives of Elizabeth and Essex, the symphony was completed in 1952 and dedicated to the memory of American president Franklin D. Roosevelt, who had died seven years earlier. 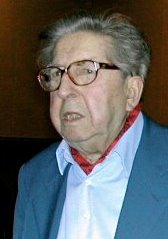 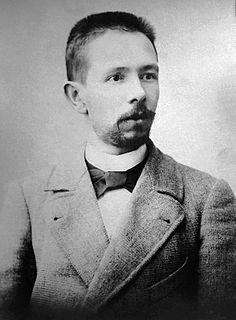 The Symphony No. 1 in G minor by Russian composer Vasily Kalinnikov was written from 1894 to 1895 and first published in 1900. The symphony is dedicated to Russian music critic and teacher Semyon Kruglikov.

The Concerto for Violin and Orchestra "Eleven Eleven" is the first violin concerto written by American composer Danny Elfman. Co-commissioned by the Czech National Symphony Orchestra, Stanford Live at Stanford University, and the Royal Scottish National Orchestra, the piece premiered at Smetana Hall in Prague, on June 21, 2017, with Sandy Cameron on violin and John Mauceri conducting the Czech National Symphony Orchestra. In 2019, the premiere recording of the concerto featured Cameron with Mauceri conducting the Royal Scottish National Orchestra.