The acoustics of the building's 'Great Hall' (Großer Saal) have earned it recognition alongside other prominent concert halls, such as the Konzerthaus in Berlin, the Concertgebouw in Amsterdam and Symphony Hall in Boston. [1] With the exception of Boston's Symphony Hall, [2] [3] none of these halls was built in the modern era with the application of architectural acoustics, and all share a long, tall and narrow shoebox shape.

The Musikverein's main entrance is situated on Musikvereinsplatz, between Karlsplatz and Bösendorferstraße  [ de ]. The building is located behind the Hotel Imperial that fronts on Kärntner Ring, which is part of the Vienna Ring Road (Ringstraße). It was erected as the new concert hall run by the Society of Friends of Music in Vienna, on a piece of land provided by Emperor Franz Joseph I of Austria in 1863.

The plans were designed by Danish architect Theophil Hansen in the Neoclassical style of an ancient Greek temple, including a concert hall and a smaller chamber music hall. The building was inaugurated on 6 January 1870. [4] A major donor was Nikolaus Dumba, an industrialist and liberal politician of Greek descent, whose name was given by the Austrian government to a small street (Dumbastraße  [ de ]) near the Musikverein.

The Great Hall's lively acoustics are primarily based on Hansen's intuition, as he could not rely on any studies on architectural acoustics. The room's rectangular shape and proportions, its boxes and sculptures allow early and numerous sound reflections.

The Great Hall originally included a historic pipe organ built by Friedrich Ladegast. Its first organ recital was held by Anton Bruckner in 1872. The present-day instrument was originally installed in 1907 by the Austrian firm of Rieger Orgelbau, highly esteemed by musicians such as Franz Schmidt or Marcel Dupré, and rebuilt in 2011.

In 2001, a renovation program began. Several new rehearsal halls were installed in the basement. 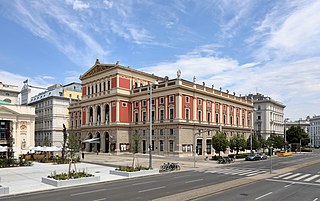 The Vienna New Year's Concert is an annual concert of classical music performed by the Vienna Philharmonic on the morning of New Year's Day in Vienna, Austria. The concert occurs at the Musikverein at 11:15. The orchestra performs the same concert programme on 30 December, 31 December, and 1 January but only the last concert is regularly broadcast on radio and television.

The Royal Concertgebouw is a concert hall in Amsterdam, Netherlands. The Dutch term "concertgebouw" translates into English as "concert building". Its superb acoustics place it among the finest concert halls in the world, along with Boston's Symphony Hall and the Musikverein in Vienna.

Symphony Hall is a concert hall located at 301 Massachusetts Avenue in Boston, Massachusetts, opened in 1900. Designed by the architectural firm McKim, Mead and White, it was built for the Boston Symphony Orchestra, which continues to make the hall its home. It can accommodate an audience of 2,625. The hall was designated a U.S. National Historic Landmark in 1999 and is a pending Boston Landmark. It was then noted that "Symphony Hall remains, acoustically, among the top three concert halls in the world, and is considered the finest in the United States." Symphony Hall, located one block from Berklee College of Music to the north and one block from the New England Conservatory to the south, also serves as home to the Boston Pops Orchestra as well as the site of many concerts of the Handel and Haydn Society.

Symphony Hall is a 2,262 seat concert venue in Birmingham, England. It was officially opened by Queen Elizabeth II on 12 June 1991, although it had been in use since 15 April 1991. It is home to the City of Birmingham Symphony Orchestra and hosts around 270 events a year. It was completed at a cost of £30 million. The hall's interior is modelled on the Musikverein in Vienna and the Concertgebouw in Amsterdam. The venue, managed alongside Town Hall, presents a programme of jazz, world, folk, rock, pop and classical concerts, organ recitals, spoken word, dance, comedy, educational and community performances, and is also used for conferences and business events as part of the International Convention Centre.

The Gesellschaft der Musikfreunde in Wien, also known as the Wiener Musikverein, is an Austrian music organization that was founded in 1812 by Joseph Sonnleithner, general secretary of the Court Theatre in Vienna, Austria.

The Morton H. Meyerson Symphony Center is a concert hall located in the Arts District of downtown Dallas, Texas (USA). Ranked one of the world's greatest orchestra halls, it was designed by architect I.M. Pei and acoustician Russell Johnson's Artec Consultants, Inc. The structural engineers for this project was Leslie E. Robertson Associates, and opened in September 1989.

The Konzerthaus is a concert hall located in Vienna, Austria, which opened in 1913. It is situated in the third district just at the edge of the first district in Vienna. Since it was founded it has always tried to emphasise both traditional and innovative musical styles. 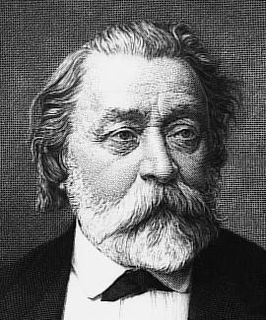 Baron Theophil Edvard von Hansen was a Danish architect who later became an Austrian citizen. He became particularly well known for his buildings and structures in Athens and Vienna, and is considered an outstanding representative of Neoclassicism and Historicism.

Concentus Musicus Wien (CMW) is an Austrian baroque music ensemble based in Vienna. The CMW is recognized as a pioneer of the period-instrument performance movement. 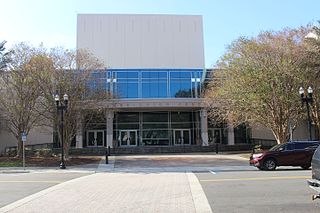 The Jacksonville Center for the Performing Arts (TUCPA) is a performing arts center located in Jacksonville, Florida. Situated along the Riverbank, the venue is known as the First Coast’s "premiere riverfront entertainment facility". Originally opening in 1962, the facility was renovated beginning in 1995 until 1997; with a grand re-opening on February 8, 1997. The center consists of three venues: a theatre; concert hall and recital hall. It is home to the Jacksonville Symphony, Jacksonville Symphony Youth Orchestra, and the FSCJ Artist Series.

The Eurovision Young Musicians 1990 was the fifth edition of the Eurovision Young Musicians, held at Musikverein in Vienna, Austria on 29 May 1990. Organised by the European Broadcasting Union (EBU) and host broadcaster Österreichischer Rundfunk (ORF), musicians from five countries participated in the televised final. A total of eighteen countries took part in the competition. All participants performed a classical piece of their choice accompanied by the Austrian Radio Symphony Orchestra, conducted by Pinchas Steinberg. Greece and Portugal made their début at the 1990 contest.

Theodor Otto Helm was an Austrian music critic and writer.

The Konzerthaus Berlin is a concert hall in Berlin, the home of the Konzerthausorchester Berlin. Situated on the Gendarmenmarkt square in the central Mitte district of the city, it was originally built as a theater. It initially operated from 1818 to 1821 under the name of the Schauspielhaus Berlin, then as the Theater am Gendarmenmarkt and Komödie. It became a concert hall after the Second World War, and its name changed to its present one in 1994.

The Vienna Hofburg Orchestra is an Austrian classical orchestra based in Vienna.

The Regentenbau is a German concert hall in the town Bad Kissingen in Bavaria.

The Wiener Männergesang-Verein is a men's choir in Vienna, Austria, founded in 1843. The choir has regularly appeared with the Vienna Philharmonic, and has performed worldwide. Notable composers, particularly Johann Strauss II, have composed music for the choir.

Bösendorfer-Saal was a concert hall in Vienna, Austria, on Herrengasse in the Innere Stadt of the city. Connected with the Viennese piano manufacturer Bösendorfer, it was opened in 1872, and many famous musicians performed there. The building was demolished in 1913.

Sokolin Asllani is an Albanian opera singer (baritone). He is also an Austrian citizen.