He spent his most of his professional career in France and was also part of the Moroccan squad at the 1986 and 1994 FIFA World Cup. He also competed for Morocco at the 1984 Summer Olympics. [2]

The Guinea national football team represents Guinea in men's international football and it is controlled by the Guinean Football Federation. They have never qualified for the FIFA World Cup finals, and their best finish in the Africa Cup of Nations was runners-up in 1976. The team reached the quarter-finals in four recent tournaments, The team represents both FIFA and Confederation of African Football (CAF). 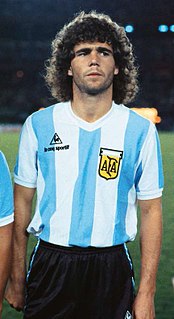 Nicholas Pickering is a former professional footballer who played as a midfielder in the Football League for Sunderland, Coventry City, Derby County, Darlington and Burnley. He was capped once for the England national team, against Australia in 1983. He was part of the England U21 team that won the 1984 European under-21 championships and reached the semi-final two years later. As a Coventry City player he was on the winning side in the 1987 FA Cup Final. 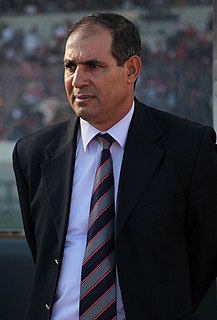 Ezzaki Badou, nicknamed Zaki as a player, is a Moroccan retired footballer who played as a goalkeeper, and manager

Neil Covone (born August 31, 1969 in Hialeah, Florida is a retired U.S. soccer midfielder. He played five games for the United States men's national soccer team and was a member of the U.S. team at the 1990 FIFA World Cup. 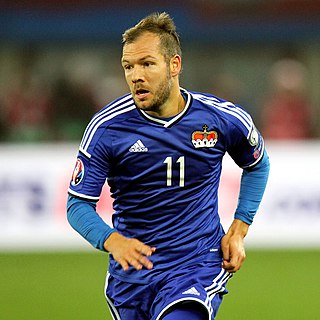 This article lists the results for the Cook Islands national football team.

Zsolt Limperger is a Hungarian former footballer who played at both professional and international levels as a central defender. Active in both Hungary and Spain, Limperger made over 200 career appearances.

The Iran and Saudi Arabia national football teams are sporting rivals who have played each other since 1975.

The list shown below shows the Philippines national football team records in competitive and non-competitive tournaments, as well as individual and team records, and their head-to-head record against all opponents.