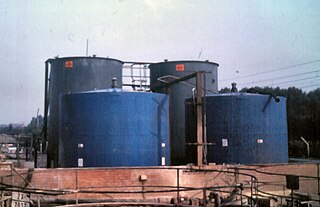 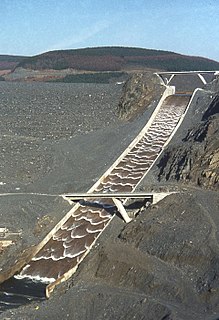 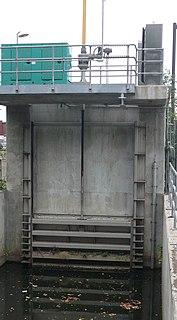 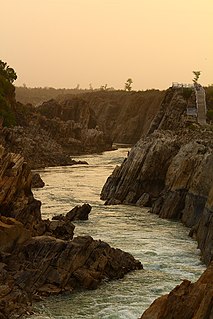 The Narmada, also called the Rewa and previously also known as Nerbudda, is a river in central India after the Godavari, and the Krishna. It is also known as "Life Line of Gujarat and Madhya Pradesh" for its huge contribution to the state of Gujarat and Madhya Pradesh in many ways. Narmada rises from Amarkantak Plateau near Anuppur district. It forms the traditional boundary between North India and South India and flows westwards over a length of 1,312 km (815.2 mi) before draining through the Gulf of Khambhat into the Arabian Sea, 30 km (18.6 mi) west of Bharuch city of Gujarat. 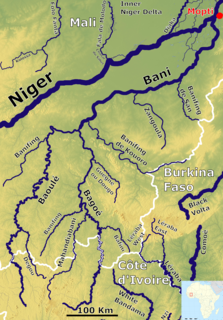 The Indira Gandhi Canal the longest canal of India. It starts from the Harike Barrage at Harike, a few kilometers below the confluence of the Satluj and Beas rivers in the Indian state of Punjab and terminates in irrigation facilities in the Thar Desert in the north west of Rajasthan state. Previously known as the Rajasthan Canal, it was renamed the Indira Gandhi Canal on 2 November 1984 following the assassination of Prime Minister Indira Gandhi. 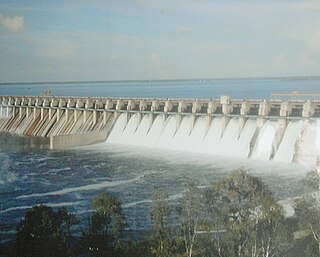 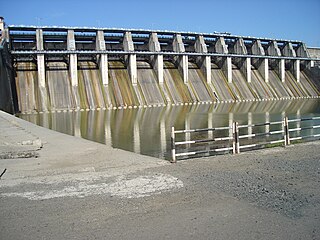 The Upper Wardha Dam is an earthfill straight gravity dam across the Wardha River, a tributary of the Godavari River, near Simhora village in Morshi taluk in Amravati district in the Indian state of Maharashtra. The dam provides multipurpose benefits of irrigation, drinking water supply, flood control and hydropower generation. 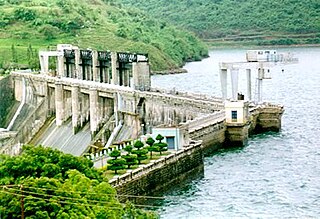 The Jiangya Dam is a concrete gravity dam on the Loushui River, located 50 km (31 mi) northeast of Zhangjiajie in Hunan Province, China. The primary purpose of the multi-purpose dam is flood control but it also generates hydroelectricty, supplies water for irrigation and municipal use and improves navigation.

The Upper Cisokan Pumped Storage Plant will be located 40 km (25 mi) west of Bandung in West Java, Indonesia and will occupy area in West Bandung Regency and Cianjur Regency. After receiving funding from the World Bank, construction on major works is expected to begin in 2015 and the first generator commissioned in 2019. It will have an installed capacity of 1,040 MW and will be Indonesia's first pumped-storage power plant. As a pumped-storage power plant, the project includes the creation of an upper and lower reservoir; the lower reservoir will be on the Upper Cisokan River a branch of Citarum River, while upper reservoir will be on the Cirumanis River, a branch of the Cisokan River.

The Jinnah Barrage is a barrage on the River Indus near Kalabagh, Pakistan. It is part of the Thal Project which helps irrigate 770,000 ha in the Sindh Sagar Doab east of the Indus. Planning for the project dates back to the nineteenth century but final plans for the barrage were made in 1919 and it was constructed between 1939 and 1946. The barrage diverts an average of 283 m3/s (10,000 cu ft/s) of water into the 51.5 km (32.0 mi) long Thal Canal where it serves areas in Bhakkar, Khushab, Layyah, Mianwali and Muzaffargarh Districts with 3,362 km (2,089 mi) of additional canal branches and distributors. It has a maximum flood height of 8.5 m (28 ft) and it spans 1,152 m (3,780 ft) over the river. The barrage can discharge up to 27,000 m3/s (950,000 cu ft/s) downstream with 42 spillway gates which are each 18.2 m (60 ft) wide. Between 2006 and 2012, a 96 MW hydroelectric power station with four 12 MW pit turbine-generators was added on the right bank. In June 2012 a major rehabilitation project for the barrage began. The project includes the construction of a weir 244 m (801 ft) downstream to help dissipate energy from the spillway upstream of it. New guide banks will be built and existing ones repaired. The railway bridge upstream will be rehabilitated as well. The project is expected to be complete in June 2016. 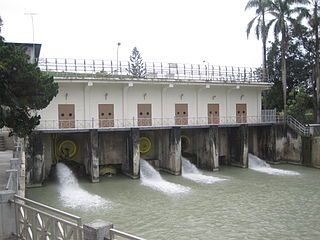 Wushantou Dam is an embankment dam in Guantian District, Tainan, Taiwan. The dam was designed by Yoichi Hatta and built between 1920 and 1930 during Japanese rule to provide irrigation water for the Chianan Plain as part of the Chianan Irrigation system. Because the natural flow of the Guantian River and other local streams was insufficient for irrigation of a planned 100,000 ha, a tunnel was constructed to divert water from the Zengwun River to fill the reservoir. In 1974, the Zengwun Dam was completed on the Zengwun River shortly above the diversion tunnel, stabilizing and reducing the sediment load of water flowing into Wushantou Reservoir.