Born in Karşıyaka, his family later moved to Kuşadası, a large resort town on Turkey's Aegean coast. A statue in the Kuşadası town square now honors him, with the plaque reading in part:

"In 1942, Maffy, the son of Agriculture Department head Fuat Falay heard that a teacher would be arriving in Kuşadası from Izmir to establish a Municipal band team in the street. He started his career in music in Kuşadası Municipality’s band at the age of 12. He learned to read music notes and to play the trumpet with excellent skills with 5 hours of practice per day in just 3 months" [1]

He later studied trumpet and piano in Ankara Conservatory. In 1960, he joined the radio orchestra of Kurt Edelhagen in Cologne. [2] Then he toured Europe as a member of the Kenny Clarke/Francy Boland Big Band and played on six of the band's albums.

He has played in orchestras led by Benny Bailey, Åke Persson, Phil Woods, Sixten Eriksson and Quincy Jones. In 1965, he decided to move to Sweden where he was playing for the radio jazz orchestra, and touring around the Americas at the same time. In 1970, he started playing in the Dizzy Gillespie Reunion Orchestra. [2] Gillespie is said to have described him as "as good as Roy Eldridge or Miles Davis." [3] He has also played with Dexter Gordon, Stan Getz, and Elvin Jones.

In 2005, he received the Lifetime Achievement Award at the Istanbul Jazz Festival. 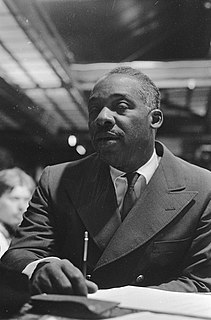 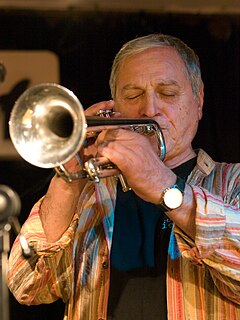 Okay Temiz is a Turkish fusion jazz percussionist and drummer. 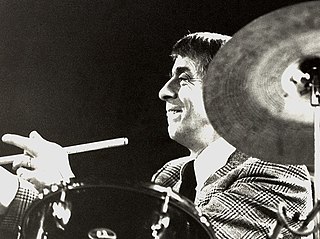 Jazz Is Universal is an album by the Kenny Clarke/Francy Boland Big Band featuring performances recorded in Germany in 1961 for the Atlantic label. The album was the first by the Big Band although earlier recordings by Kenny Clarke and Francy Boland's Octet had been released previously.

Handle with Care is an album by the Kenny Clarke/Francy Boland Big Band featuring performances recorded in Germany in 1963 for the Atlantic label.

Now Hear Our Meanin' is an album by the Kenny Clarke/Francy Boland Big Band featuring performances recorded in Germany in 1963 and released on the Columbia label in 1965.