King Taejong Muyeol (604–661), born Gim Chunchu, was the 29th ruler of Silla, one of the Three Kingdoms of Korea. He is credited for leading the unification of Korea's Three Kingdoms.

King Taejong Muyeol was born with the "sacred bone" rank of seonggol . His father, Gim Yongsu (金龍樹), was a son of Silla's 25th ruler, King Jinji. When King Jinji was overthrown, all royalty from his line, including Gim Yongsu, were deemed unfit to rule over the kingdom. However, as Yongsu was one of the few remaining seonggols, and married a seonggol princess (King Jinpyeong's daughter Princess Cheonmyeong), their child, Gim Chunchu, became seonggol and thus had a claim to the throne. Gim Yongsu was a powerful figure in the government; however, he lost all of his power to Gim Baekban, the brother of the king. In order to survive, he accepted to become a jingol, the rank that was right below seonggol, therefore removing the right of becoming the king for him and his son, Gim Chunchu. Following the death of his aunt, Queen Seondeok, Chunchu was passed over in favor of Jindeok of Silla, the last verifiable seonggol. With her death, all the seonggols were dead, so somebody with the royal blood in the jinggol rank had to succeed the throne. Alcheon, who then held the title Sangdaedeung , or highest post of government, of Silla was the original favorite to succeed the throne. His father was a seonggol, who married a jingol woman so that his son would not be a seonggol and suffer from the fight for the throne. However, Gim Yu-sin supported Gim Chunchu, and Alcheon eventually refused the throne and supported Chunchu's claim. As a result, Gim Chunchu succeeded the throne as King Muyeol.

Gim Yu-sin had two sisters: Bohee and Munhee. Bohee was a shy girl with a delicate appearance, while Munhee was a tall and outgoing girl. Gim Yu-sin had always hope for one of his sisters to be married to Gim Chunchu.

One day, Gim Chunchu went to Gim Yu-sin's house for a game of Gyeokgu (격구, traditional Korean polo). During the game, Gim Yu-sin deliberately tore off one of the tassels on Gim Chunchu's robe. Gim Yu-sin offered to have it sewn by one of his sisters; he then sent for Bohee to have it mend, but she was too nervous to come into the presence of a stranger, and politely refused by saying that "she cannot do something so small for someone so precious". Munhee stepped out and offered to sew it instead. When they met, Gim Chunchu and Munhee fell in love with each other. Gim Chunchu started to visit Munhee more often, but Gim Yu-sin pretended not to be aware of their relationship. Eventually, Munhee became pregnant, however, Gim Chunchu decided to keep it a secret in fear of causing trouble since he was already a married man. When Gim Yu-sin found out about it, he scolded his sister severely, then ordered their servants to spread the rumor of his sister's pregnancy and that he might kill her because of it in a plan to pressure Gim Chunchu into marrying his sister.

Not long afterwards, Queen Seondeok decided to take a walk with her officials on the Namsan Mountain. When he heard of it, Gim Yu-sin made a pile of dry logs and twigs in the garden outside of his house and set it on fire for the Queen to see. High up on the mountain, the Queen noticed the black smoke that was coming from Yushin's residence area, and asked those accompanying her if they knew the reason. No one dared to answer her, but simply looked at one another in embarrassment. When the Queen pressed on the issue, she finally learned from them about the rumor of Munhee's pregnancy out of wedlock and that Gim Yu-sin might burn her to death because of it. She was astonished with what they said and wondered "Who could the father be, to make Gim Yu-sin act like that". She then noticed the anxious look on Gim Chunchu's face and asked if he knew anything about it. After the truth was revealed, the Queen ordered him to go and save Munhee's life by granting him the permission to marry her as his second wife, to become his lawful spouse when his first wife died.

Munhee officially became his wife after Gim Chunchu's wife (Boryang) died of childbirth with their second child. She became his Queen after he was crowned as the 29th King of Silla on year 654. Their child grew up to be King Munmu, who completed the unification of The Three Kingdoms of Korea, 29 years after Queen Seondeok's death. Gim Yu-sin became the most powerful man in the court during King Muyeol's reign and eventually became a Sangdaedeung , six years later. His sister Bohee also became one of King Muyeol's wives.

He was well acquainted with the Emperor Gaozong of the Tang dynasty, for he and the Emperor were friends before Gaozong became an Emperor. King Muyeol was a great support to the Emperor, and the Emperor returned the support to King Muyeol. He constantly pleaded with the Tang for reinforcements to destroy Baekje, to which the Tang finally acquiesced in 660, sending 130,000 troops under General Su Dingfang. Meanwhile, Gim Yu-sin set out from Silla with 50,000 soldiers and fought the bloody Battle of Hwangsanbeol leaving Baekje devastated and unprotected. King Uija of Baekje finally surrendered, leaving only Goguryeo to face Silla as an adversary on the Korean peninsula.

In June of the following year King Muyeol died, leaving his son Gim Beopmin to assume the throne.

Consorts and their Respective Issue:

Samguk Sagi is a historical record of the Three Kingdoms of Korea: Goguryeo, Baekje and Silla. The Samguk Sagi is written in Classical Chinese, the written language of the literati of ancient Korea, and its compilation was ordered by King Injong of Goryeo and undertaken by the government official and historian Kim Busik and a team of junior scholars. Completed in 1145, it is well known in Korea as the oldest surviving chronicle of Korean history. The document has been digitized by the National Institute of Korean History and is available online with Modern Korean translation in Hangul and original text in Classical Chinese. 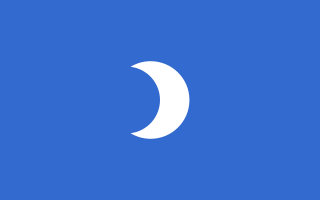 Silla or Shilla was a Korean kingdom located on the southern and central parts of the Korean Peninsula. Silla, along with Baekje and Goguryeo, formed the Three Kingdoms of Korea.

Hyeokgeose of Silla, also known by his personal full name as Bak Hyeokgeose (朴赫居世), was the founding monarch of Silla, one of the Three Kingdoms of Korea. He was the progenitor of all Bak (Park) clans in Korea.

Queen Seondeok of Silla reigned as Queen Regnant of Silla, one of the Three Kingdoms of Korea, from 632 to 647. She was Silla's twenty-seventh ruler, and its first reigning queen. She was the second female sovereign in recorded East Asian history and encouraged a renaissance in thought, literature, and the arts in Silla. In Samguksagi, Queen Seondeok was described as "generous, benevolent, wise, and smart". According to the Legend of Jigwi, she was even beautiful.

Munmu of Silla was the 30th king of the Korean kingdom of Silla. He is usually considered to have been the first ruler of the Unified Silla period. Munmu was the son of King Muyeol and Munmyeong, who was the younger sister of Gim Yu-sin. Under his father's reign, he held the office of pajinchan, who apparently was responsible for maritime affairs, and played a key role in developing the country's diplomatic links with Tang China. He was born Prince Beopmin, and took the name Munmu when he succeeded his father to the throne. After his death, he was known by the title of Dragon King.

Gim Yu-sin was Korean military general and politician in 7th-century Silla. He led the unification of the Korean Peninsula by Silla under the reign of King Muyeol and King Munmu. He is said to have been the great-grandchild of King Guhae of Geumgwan Gaya, the last ruler of the Geumgwan Gaya state. This would have given him a very high position in the Silla bone rank system, which governed the political and military status that a person could attain.

Uija of Baekje was the 31st and final ruler of Baekje, one of the Three Kingdoms of Korea. His reign ended when Baekje was conquered by an alliance of the rival Korean kingdom Silla and China's Tang dynasty.

King Jinji of Silla was the 25th ruler of the Korean Kingdom of Silla. He was dethroned three years after his accession.

Queen Jindeok of Silla (?–654), reigned as Queen of Silla, one of the Three Kingdoms of Korea, from 647 to 654. She was the kingdom's 28th ruler, and its second reigning queen following her predecessor Queen Seondeok. During her reign, Silla jockeyed with Baekje for favor in the Chinese Tang court. She is also known for writing a poem of the Emperor Gaozong of Tang. Accroding to Samguk Sagi, she was voluptuous, beautiful and tall.

Jinpyeong of Silla was the 26th king of the Silla Dynasty, one of the Three Kingdoms of Korea. King Jinpyeong followed in the footsteps of his predecessor, King Jinji, by reorganizing the central ruling system of Silla. Upon the onset of a multitude of conflicts between Baekje and Goguryeo, he sent emissaries to improve relations and strengthen ties between Silla and the Chinese dynasties Sui and Tang. He is also known for his promotion of Buddhism as a spiritual guide for the kingdom and encouraging Buddhist teachings.

Kim Inmun (629–694) was a noted aristocrat, scholar, and official of the ancient Korean kingdom of Silla. He was the son of Muyeol and the younger brother of Munmu, the twenty-ninth and thirtieth kings respectively of Silla.

Queen Seondeok is a 2009 South Korean historical drama produced by MBC and Time Box Production for the former's 48th founding anniversary, starring Lee Yo-won, Go Hyun-jung, Uhm Tae-woong, Kim Nam-gil and Park Ye-jin. It chronicles the life of Queen Seondeok of Silla. It aired on MBC from 25 May to 22 December 2009 on Mondays and Tuesdays at 21:55 for 62 episodes.

Mishil was a Silla aristocrat whose historicity is debated. According to the Hwarang Segi, she was concubine to several kings and, along with his mother Queen Sado, played an instrumental role in dethroning King Jinji.

Kim Alcheon. He was a well-known general during Queen Seondeok's era and served as a Sangdaedeung during Queen Jindeok's reign.

Bidam 毗曇 ? – 26 February 647. He was known for leading a rebellion against Queen Seondeok of Silla, one of the Three Kingdoms of Korea. Prior to his rebellion, he held the position of a Sangdaedeung. Details about his birth or achievements are vaguely known as there are no actual records containing them. However, being a Sangdaedeung, could have meant that he was part of the royal nobles or a Jinggol.

Princess Cheonmyeong was a princess of Silla, one of the Three Kingdoms of Korea. She is known as Queen Seondeok's sister and King Taejong Muyeol's mother.

Queen Sado of the Park clan was a Queen Consort of Silla as the spouse of king King Jinheung of Silla, and the mother of his successor, King Jinji of Silla. According to the disputed text Hwarang Segi, she was regent during the minority of her grandson King Jinpyeong but her regent is not mentioned in the historical texts Samguk sagi or Samguk yusa. She later became a Buddhist nun under the name Myobeop.

Queen Munmyeong was a Korean queen consort. She was the spouse of king Muyeol of Silla.