Myron Samuel Scholes ( /ʃoʊlz/ SHOHLZ; [1] born July 1, 1941) is a Canadian-American financial economist. Scholes is the Frank E. Buck Professor of Finance, Emeritus, at the Stanford Graduate School of Business, Nobel Laureate in Economic Sciences, and co-originator of the Black–Scholes options pricing model. Scholes is currently the chairman of the Board of Economic Advisers of Stamos Capital Partners. Previously he served as the chairman of Platinum Grove Asset Management and on the Dimensional Fund Advisors board of directors, American Century Mutual Fund board of directors and the Cutwater Advisory Board. He was a principal and limited partner at Long-Term Capital Management and a managing director at Salomon Brothers. Other positions Scholes held include the Edward Eagle Brown Professor of Finance at the University of Chicago, senior research fellow at the Hoover Institution, director of the Center for Research in Security Prices, and professor of finance at MIT's Sloan School of Management. Scholes earned his PhD at the University of Chicago.

In 1997, Scholes – together with Robert C. Merton – was awarded the Nobel Memorial Prize in Economic Sciences for a method to determine the value of derivatives. The model provides a conceptual framework for valuing options, such as calls or puts, and is referred to as the Black–Scholes model.

Scholes was born to a Jewish family [2] on July 1, 1941 in Timmins, Ontario, where his family had moved during the Great Depression. In 1951 the family moved to Hamilton, Ontario. [3] Scholes was a good student [3] although fighting with his impaired vision starting with his teens until finally getting an operation when he was twenty-six. Through his family, he became interested in economics early, as he helped with his uncles' businesses and his parents helped him open an account for investing in the stock market while he was in high school.

After his mother died from cancer, Scholes remained in Hamilton for undergraduate studies and earned a Bachelor's degree in economics from McMaster University in 1962. One of his professors at McMaster introduced him to the works of George Stigler and Milton Friedman, two University of Chicago economists who would later both win Nobel prizes in economics. After receiving his B.A. he decided to enroll in graduate studies in economics at the University of Chicago. Here, Scholes was a colleague with Michael Jensen and Richard Roll, and he had the opportunity to study with Eugene Fama and Merton Miller, researchers who were developing the relatively new field of financial economics. He earned his MBA at the Booth School of Business in 1964 and his Ph.D. in 1969 with a dissertation written under the supervision of Eugene Fama and Merton Miller.

In 1968, after finishing his dissertation, Scholes took an academic position at the MIT Sloan School of Management. Here he met Fischer Black, who was a consultant for Arthur D. Little at the time, and Robert C. Merton, who joined MIT in 1970. For the following years Scholes, Black and Merton undertook groundbreaking research in asset pricing, including the work on their famous option pricing model. At the same time, Scholes continued collaborating with Merton Miller and Michael Jensen. In 1973 he decided to move to the University of Chicago Booth School of Business, looking forward to work closely with Eugene Fama, Merton Miller and Fischer Black, who had taken his first academic position at Chicago in 1972 (although he moved two years later to MIT). While at Chicago, Scholes also started working closely with the Center for Research in Security Prices, helping to develop and analyze its famous database of high frequency stock market data.

In 1981 he moved to Stanford University, where he remained until he retired from teaching in 1996. Since then he holds the position of Frank E. Buck Professor of Finance Emeritus at Stanford. While at Stanford his research interest concentrated on the economics of investment banking and tax planning in corporate finance.

In 1997 he shared the Nobel Prize in Economics with Robert C. Merton "for a new method to determine the value of derivatives". Fischer Black, who co-authored with them the work that was awarded, had died in 1995 and thus was not eligible for the prize. [4]

In 2012, he authored an article entitled 'Not All Growth Is Good' in The 4% Solution: Unleashing the Economic Growth America Needs , published by the George W. Bush Presidential Center.

In 1990 Scholes became more involved directly with the financial markets. He went to Salomon Brothers as a special consultant, then becoming a managing director and co-head of its fixed-income-derivative group. In 1994 Scholes joined several colleagues, including John Meriwether, the former vice-chairman and head of bond trading at Salomon Brothers, and his future Nobel Prize co-winner Robert C. Merton, and co-founded a hedge fund called Long-Term Capital Management (LTCM). The fund, which started operations with $1 billion of investor capital, performed extremely well in the first years, realizing annualized returns of over 40%. However, following the 1997 Asian financial crisis and the 1998 Russian financial crisis the highly leveraged fund in 1998 lost $4.6 billion in less than four months and collapsed abruptly, becoming one of the most prominent examples of risk potential in the investment industry.

LTCM brought legal problems for Scholes in 2005 in the case of Long-Term Capital Holdings v. United States . The firm's corporate structure and accounting had established an offshore tax shelter to avoid taxes on investment profits. Courts disallowed the firm's claim of $40 million in tax savings, finding it based on formal accounting losses of $106 million that represented no economic substance. [5]

Scholes is also chief investment strategist at Janus Henderson, a role he held at legacy firm Janus Capital Group since 2014. Janus Capital merged with Henderson Group in 2017 to form Janus Henderson. In this role, he leads the firm's evolving asset allocation product development efforts and partners with the investment team contributing macro insights and quantitative analysis specific to hedging, risk management and disciplined portfolio construction. He also serves on the boards of the Chicago Mercantile Exchange and Dimensional Fund Advisors. Scholes is currently the chairman of the Board of Economic Advisers of Stamos Capital Partners.

Long-Term Capital Management L.P. (LTCM) was a highly-leveraged hedge fund. In 1998, it received a $3.6 billion bailout from a group of 14 banks, in a deal brokered and put together by the Federal Reserve Bank of New York. 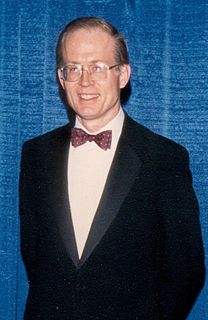 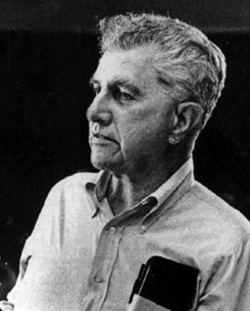 When Genius Failed: The Rise and Fall of Long-Term Capital Management is a book by Roger Lowenstein published by Random House on October 9, 2000. The book puts on an unauthorized account of the creation, early success, abrupt collapse, and rushed bailout of Long-Term Capital Management (LTCM). LTCM was a tightly-held American hedge fund founded in 1993 which commanded more than $100 billion in assets at its height, then collapsed abruptly in August/September 1998. Prompted by deep concerns about LTCM's thousands of derivative contracts, in order to avoid a panic by banks and investors worldwide, the Federal Reserve Bank of New York stepped in to organize a bailout with the various major banks at risk.

Chi-fu Huang is a private investor, a retired hedge fund manager, and a former finance academic. He has made contributions to the theory of financial economics, writing on dynamic general equilibrium theory, intertemporal utility theory, and the theory of individual consumption and portfolio decisions.

David Wiley Mullins Jr. was an American economist who served as the 14th Vice Chair of the Federal Reserve from 1991 to 1994. He previously served as an Under Secretary of the Treasury for Domestic Finance in the George H. W. Bush administration. Mullins left the Federal Reserve to join the hedge fund Long Term Capital Management and remained in private finance following its collapse in 1998. 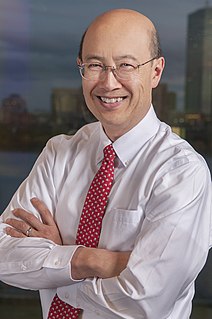 Wikiquote has quotations related to Myron Scholes .
This page is based on this Wikipedia article
Text is available under the CC BY-SA 4.0 license; additional terms may apply.
Images, videos and audio are available under their respective licenses.