Nîmes Olympique (commonly referred to as simply Nîmes) is a French association football club based in Nîmes. The club was founded on 10 April 1937 and currently plays in Ligue 1, the first level of French football. The club's most important achievements were winning Ligue 2 in 1950 and the Championnat National in 1997 and in 2012. Nîmes plays its home matches at the Stade des Costières located within the city. The team is managed by Bernard Blaquart.

The Sporting Club Nîmois (SCN) was founded in 1901 by Henri Monnier, who, at the age of 21, had just returned from a two-year trip to England. He decided to start a new team in Nîmes, his home town. Originally, the team was for young Protestants only.

In 1908, the SCN played FC Sète for the title of 'Champions of Languedoc'. Nîmes won, qualifying for the final phase of the French championship, which they lost to Marseille in the first round.

The club suspended activities due to World War I. After the war ended, it resumed its activities on 15 April 1919. In 1922, SCN united with another club from Nîmes, F.A. Nîmois, becoming a single club.

The new team, still under the name of Sporting Club Nîmois, was runner-up in the South-East championship in 1925. In 1927, les Nîmois won a place in the highest championship, then known as the Division d'Honneur.

In October 1931, the then-president of the Republic of France, Gaston Doumergue, inaugurated the Jean Bouin stadium.

Due to financial problems, SCN abandoned their professional activities in 1937. Following efforts from local businessmen, the club moved to the district of Lozère-Gard in Nîmes, and was reformed as Nîmes Olympique.

The team moved to the Stade des Costières on 15 February 1989. The first league match at the stadium was on 4 March 1989, against Montceau in a Ligue 2 game, with 3,647 spectators in attendance. The record attendance to date was 25,051, which was recorded in the 1991–92 season, in a Ligue 1 game against Marseille.

In December 1991, during a match for Nîmes, Eric Cantona threw the ball at the referee, having been angered by one of his decisions. He was summoned to a disciplinary hearing by the French Football Federation and was banned for one month. In turn, Cantona responded by walking up to each member of the hearing committee and calling them idiots. His ban was increased to two months, and Cantona subsequently announced his retirement from international football on 16 December 1991.

In 1995–1996, Nîmes reached the final of the French Cup, allowing them to compete the following year in the UEFA Cup Winners' Cup. In September 1996, in the Round of 32, Nîmes beat Budapest Honvéd (4–1 on aggregate), before losing to AIK Stockholm in the next round (2-3 on aggregate).

Below are the notable former players who have represented Nîmes in league and international competition since the club's foundation in 1937. To appear in the section below, a player must have played in at least 80 official matches for the club or represented the national team for which the player is eligible during his stint with Nîmes or following his departure.

The largest group of Ultras are the Gladiators Nîmes founded in 1991. The name refers to Nîmes' rich history, dating back to the Roman Empire.

Before the start of each home game, an extract of George Bizet's opera "Carmen" is heard.

There is a long rivalry with the nearby city of Montpellier which extends to both local football teams.

Olympique Lyonnais, commonly referred to as simply Lyon or OL, is a French football club based in Lyon. It plays in France's highest football division, Ligue 1. The club was formed as Lyon Olympique Universitaire in 1899, according to many supporters and sport historians, but was nationally established as a club in 1950. The club's most successful period has been the 21st century. The club won its first Ligue 1 championship in 2002, starting a national record-setting streak of seven successive titles. Lyon has also won eight Trophées des Champions, five Coupes de France and three Ligue 2 titles.

Association de la Jeunesse Auxerroise, commonly known as A.J. Auxerre or simply Auxerre, is a French football club based in the commune of Auxerre in Burgundy. The club was founded in 1905 and currently plays in Ligue 2, the second division of French football. Auxerre plays its home matches at the Stade l'Abbé-Deschamps on the banks of the Yonne River. The team is managed by Pablo Correa and captained by midfielder Jordan Adéoti.

Lille Olympique Sporting Club, commonly called LOSC, also referred to as LOSC Lille, Lille OSC or simply Lille, is a French association football club based in Lille. The club was founded in 1944 as a result of a merger and plays in Ligue 1, the first division of French football. Lille has played its home matches since 2012 at Stade Pierre-Mauroy in nearby Villeneuve d'Ascq, which replaced the club's previous home of Stade Lille-Metropole in the same community.

Association Sportive de Saint-Étienne Loire is a French association football club based in Saint-Étienne. The club was founded in 1919 and plays in Ligue 1, the top division of French football. Saint-Étienne plays its home matches at the Stade Geoffroy-Guichard. The team is managed by Claude Puel and captained by Loïc Perrin, who started his career at the club in 1996. Saint-Étienne is known as Les Verts meaning "the Greens" due to its home colours.

Montpellier Hérault Sport Club, commonly referred to as Montpellier HSC or simply Montpellier, is a French association football club based in the city of Montpellier. The original club was founded in 1919, while the current incarnation was founded through a merger in 1974. Montpellier currently plays in Ligue 1, the top level of French football and plays its home matches at the Stade de la Mosson, located within the city. The first team is managed by Michel Der Zakarian and captained by defender Hilton.

Espérance Sportive Troyes Aube Champagne is a French association football club, based in Troyes, who play in Ligue 2. It was founded in 1986, as the third professional club from the city, after ASTS and TAF. They won the Intertoto Cup in 2001, beating Newcastle United on the away goals rule after the score was 4–4 on aggregate.

Stade de Reims, commonly referred to as Stade Reims or simply Reims, is a French association football club based in Reims. The club was formed in 1910 under the name Société Sportive du Parc Pommery and currently plays in Ligue 1, the top level of French football, having been promoted from Ligue 2 in the previous season. Reims plays its home matches at the Stade Auguste Delaune, a renovation of the old complex located within the city. The team is managed by David Guion.

Pierre Pibarot was a French football player and football manager.

Toulouse Football Club was a French association football team playing in the city of Toulouse, Haute-Garonne. The team was founded in 1937 and disappeared in 1967, in a merger with Red Star Olympique. Even though this team held the same name as Toulouse's current main club, the two teams are not to be confused. They are not a continuation of each other.

Association sportive de Béziers was a French association football team playing in the city of Béziers, Hérault. The team was founded in 1911 and disappeared in 1990, due to financial problems. The team was the football section of successful rugby club AS Béziers Hérault.

The 2012–13 Ligue 2 season was the 74th season since its establishment. The league schedule was announced in April 2012 and the fixtures were determined on 30 May. The season began on 27 July and ended on 24 May 2013. The winter break was in effect from 22 December to 12 January 2013. In addition, German sportswear company Uhlsport became the official provider of match balls for the season after agreeing to a long-term partnership with the Ligue de Football Professionnel.

Bernard Blaquart is a French former professional footballer who is currently the manager of Ligue 1 side Nîmes Olympique. During his playing career he represented Bordeaux, Toulouse, Toulon and Stade Français, making almost 100 appearances in the top two divisions of French football.

Paul Jean François Bernardoni is a French professional footballer who plays as a goalkeeper for Nîmes Olympique, on loan from Bordeaux, and the France U21 national football team. 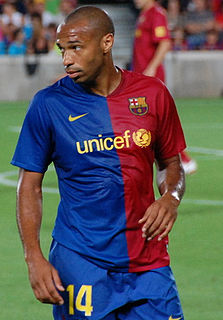 Sikou Niakaté is a French professional footballer who plays as a centre back for En Avant de Guingamp. 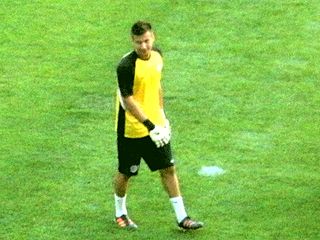 Baptiste Valette is a French professional footballer who plays as goalkeeper for AS Nancy.

The 2019–20 season is Nîmes Olympique's 82nd season in existence and the club's 2nd consecutive season in the top flight of French football. It covers a period from 1 July 2019 to 30 June 2020. They are participating in the Ligue 1, Coupe de la Ligue, and the Coupe de France.