N. F. Varghese (6 January 1949 – 19 June 2002) was an Indian actor who worked in Malayalam film industry. He began his career as a mimicry artist in Kalabhavan, [1] acting in minor roles, but later he turned to strong villain roles. Akashadoothu was his major break through in career, which was his third film. He has acted in more than 100 films. He died at the age of 53 when he suffered heart attack and fell unconscious while driving his car. [2] He lived along with his wife, 3 daughters and a son. [3]

He was married to Rosy from Kollamkudy Family in Kalady. The couple have 4 children named Sofia, Sony, Sumitha and Saira. 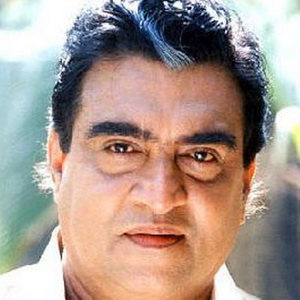 Rajan P. Dev was an Indian film actor and stage actor. He was born in Cherthala in the Alappuzha district of the former state Thiru-Kochi. He had acted in over 200 films in Malayalam, Tamil, Telugu and Kannada languages. He was noted for his villain roles laced with a touch of humour. He came into the limelight for his characterisation of Kochuvava in the play Kattukuthira. Rajan P. Dev died in Kochi Wednesday 29 July 2009 due to a liver disease.

Rizabawa is an Indian actor who is best known for his role as John Honai in the 1990 Malayalam film In Harihar Nagar. 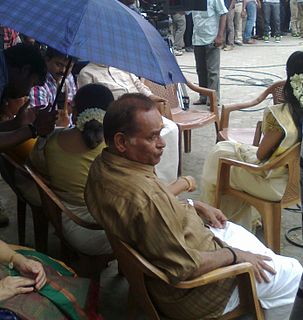 Babu Namboothiri is an Indian film and TV actor who has starred in more than 100 Malayalam films and various serials. He is famous for his villain and character roles, best known for his portrayal Thangal, in Thoovanathumbikal (1987), as the primary antagonist, Ajith, in Nirakkoottu (1985), the devious advocate in Jagratha, among many others.

Suvarna Mathew is an Indian film actress in South Indian movies. She was a prominent lead actress during the 1990s in Malayalam and Kannada films. She had acted in few Tamil, Telugu and Hindi movies as well. She has acted with Vishnuvardhan in Kiladigalu, Jayaram in Sudhinam and Suman in Nayudugari Kutumbam. She has done the Mithun Chakraborty films Do Numbri, Meri Adalat, Sultaan and Sanyasi Mera Naam.