Last updated April 26, 2019
Not to be confused with NMC Recordings, a label that focuses on works by living British composers.

NMC Music (Hebrew : אן אם סי‎) is an Israeli record label. It was established in 1964 as a subsidiary company of CBS, and became independent in 1988. 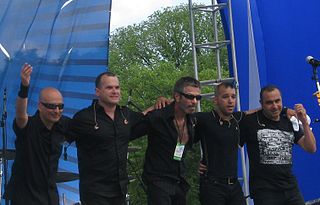 Mashina is an Israeli rock band which was active from 1983 to 1995, and then again from 2003 to the present. The band is considered by many to be Israel's most important and influential rock band. Their musical style took inspiration from ska and hard rock, among others. 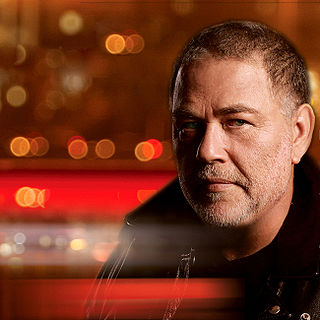 Yehuda Poliker is an Israeli singer, songwriter, musician, and painter. 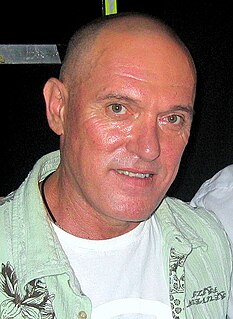 Shlomi Shabat is an Israeli vocalist who sings in the Mizrahi style.

Walla! Communications Ltd. is an Israeli internet company headquartered in Tel Aviv and is fully owned by Bezeq. Walla!'s web portal provides news, search and e-mail, among other things. It is also one of the first Israeli internet portals, and is considered as one of the most popular web sites in the country. As of October 2016, Alexa rankings put it in the top 9 sites by traffic originating in Israel.

The Lords of the New Church were an English/American gothic rock supergroup with a line-up consisting of four musicians from 1970s punk bands. Launched in 1982, the band had moderate chart success prior to their dissolution in 1989. 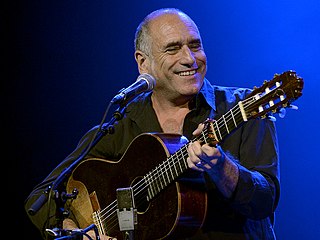 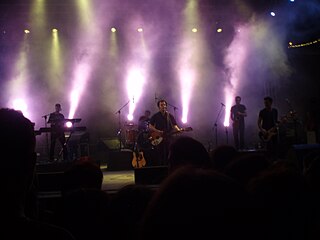 NMC may refer to: 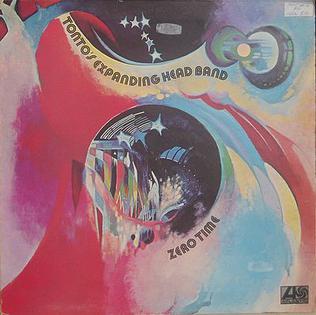 Tonto's Expanding Head Band was a British-American electronic music duo consisting of Malcolm Cecil and Robert Margouleff. Despite releasing only two albums in the early 1970s, the duo were influential because of their session and production work for other musicians, extensive commercial advertising work and the unique warmth and personality of their work.

Mats Scheidegger is a classical guitarist. He specializes in contemporary music, e.g. he is the dedicatee of Sam Hayden's Sam Hayden AXE(S). He has given numerous premieres of contemporary works.

Larry Goves is a British composer. 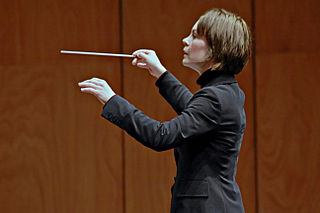 NMC Health is a healthcare chain and distribution business in the United Arab Emirates (UAE). The company is headquartered in Abu Dhabi and has branch offices in Dubai, Ajman, Al Ain and Northern Emirates. NMC Health is listed on the London Stock Exchange and is a constituent of the FTSE 100 Index. 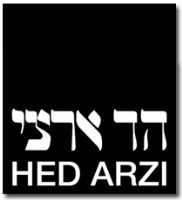 Hed Arzi Music, is an Israeli record label founded by Zvi Levin in 1946. Hed Arzi is involved with producing music, importing albums from abroad, and distributing Israeli and international music. Hed Arzi is one of the largest and most veteran companies in Israel, and many major artists work with it.

Ehud Banai is an Israeli singer and songwriter. 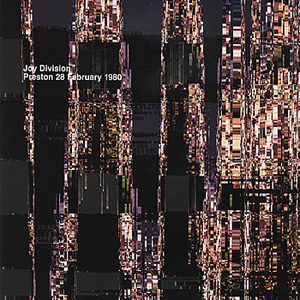 Preston 28 February 1980 is a live album by English post-punk band Joy Division featuring a performance on 28 February 1980 at The Warehouse, Preston. The album was released on 24 May 1999 in the UK by record label NMC Music and in the US on 13 July 1999.

Roger Redgate is a British composer, conductor and improvisor. 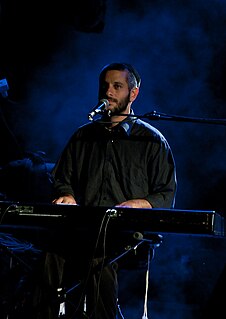 Eviatar Banai is an Israeli musician, singer and songwriter.

NMC Recordings is a British recording label and a charity which specialises in recording works by living composers from the British Isles. 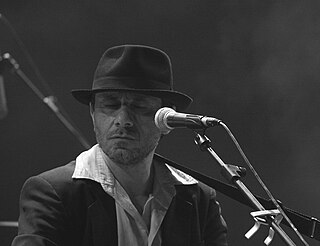 Meir Banai was an Israeli musician, singer, and songwriter.

Chaim Shemesh is a Brazilian-born Israeli music producer and manager. Shemesh was born in São Paulo, Brazil. Shemesh is a producer and manager in the Israeli music industry for almost three decades. He started his way in the music industry as a lighting and sound engineer. After three years of studying sound at New School of New York City, he started working as the personal assistant of Yair Nitzani, Hed Artzi CEO. While working in Hed Artzi, Shemesh managed to sign and produced some of the most influential artists in the Israeli music industry; Aviv Geffen, Hayehudim, Asaf Amdurski, Tipex, Evyatar Banay, Eifo Hayeled, etc. In 1997, Shemesh started his own record company called Sunshine Records which was active up until 2001 and produced albums for Assaf Amdursky, Yahli Sobol and more. In 2002 Shemesh joined the leading record company NMC as a content VP, where he managed the company's marketing and public relations and developed new business modules to the music industry. Some of Shemesh's biggest discoveries during his time in NMC were; HaYehudim, Aviv Geffen, Evyatar Banai, Taarovet Escot, Efrat Gosh and Yoni Bloch. By 2005 he founded Chaim Shemesh, a consulting and management of music content company, where continued to manage artists and produce music festivals and special productions; Tel-Aviv unplugged, Beatles festival, Holon Live etc. In 2012, he co-founded with Guy Dayan goola – creation and promotion smart online content company. During that year he also took part in Israeli talent show, Kochav Nolad, as a member of the judge committee.