Sukanya, a young and charming medical student. A shrewd politician named Babuji develops a fancy for her, which leads to the murder of her lover. Babuji orchestrates a fake marriage for Sukanya. She is forced to satisfy the lust of Babuji. But before long, she wins Babuji's trust and steps into the corridors of power and politics along with Babuji. How she takes revenge on Babuji is the crux of the story.

All songs are written by Prabha Varma.

Roudram is a 2008 Indian Malayalam-language action crime film directed by Renji Panicker. Mammootty plays the lead role of a dedicated police officer. Sai Kumar, Vijayaraghavan, and Rajan P Dev play other leading roles. The film was a commercial success at the box office. 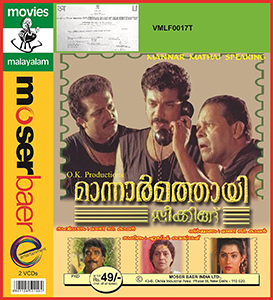 Crime File is a 1999 Indian Malayalam-language action crime thriller film by K. Madhu starring Suresh Gopi, Siddique and Sangita Madhavan Nair. The film is loosely based on the 1992 murder of Sister Abhaya in Kerala.

Daivathinte Makan is a 2000 Indian Malayalam-language action comedy film directed by Vinayan. It stars Jayaram, Prema, and Pooja Batra. The film was released in 2000.

Shivam is a 2002 Indian Malayalam-language action film directed by Shaji Kailas, written by B. Unnikrishnan and produced by Menaka under the production banner Revathy Kalamandhir. Biju Menon appears in the leading role as Bhadran K. Menon, a tough police officer, who is on a fight against Medayil Devarajan, a smuggler-cum-politician. Kausalya, Ratheesh, Vijayakumar Rajan P. Dev, N. F. Varghese, Subair, T. P. Madhavan, Baburaj, and Babu Namboothiri appears in other prominent roles. 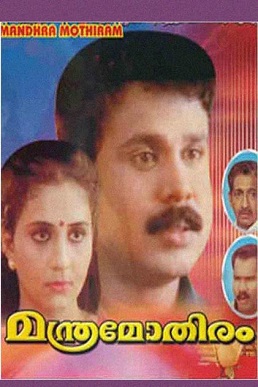 Manthra Mothiram is a 1997 Indian Malayalam film, directed by Sasi Shanker. The film stars Dileep, Nedumudi Venu and Kalabhavan Mani in the lead roles.Though failed to find audience initially later did good business due to positive word of mouth. The film has musical score by Johnson.

Amma Ammaayiyamma is a 1998 Indian Malayalam film, directed by Sandhya Mohan and produced by Somasekharan. The film stars Mukesh, Sukanya, Harishree Ashokan, Kaviyoor Ponnamma, Sukumari and Meera in the lead roles. The film has its musical score composed by S. P. Venkatesh and original songs by M. S. Viswanathan. 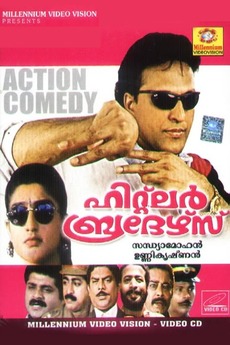 Hitler Brothers is a 1997 Indian Malayalam-language action film directed by Sandhya Mohan and produced by E. Unni Krishnan. The film stars Prem Kumar, Jagathy Sreekumar, Mala Aravindan and A. C. Zainuddin in the lead roles. The film has musical score by S. P. Venkatesh. Babu Antony made a cameo appearance.

Rakshakan is a 2007 Indian Malayalam film, directed by Thulasidas, written by A. K. Santhosh, starring Kalabhavan Mani, Manya, Ashish Vidyarthi, Jagathy Sreekumar and Riyaz Khan in the lead roles. After a gap of five years, Thulasidas is returning to film with Kalabhavan Mani flick 'Rakshakan'. The film also is the comeback film for Manya who hasn't appeared in Mollywood for a very long time.

Kottappurathe Koottukudumbam is a 1997 Indian Malayalam-language comedy-drama film directed by Pappan Naripatta and starring Vijayaraghavan and Urvashi in the lead roles. It is a remake of the 1991 Tamil film Pondatti Sonna Kettukanum.

Kadamattathu Kathanar is an Indian Malayalam-language supernatural drama television series which was originally aired on Asianet from 2004 to 2005. Asianet retelecast the series on Asianet Plus channel from March 2016. Prakash Paul plays the title character.

Graama Panchaayathu is a 1998 Indian Malayalam-language comedy-drama film directed by Ali Akbar and written by Benny P. Nayarambalam, starring Jagadish and Rajan P. Dev in the lead roles. It was a commercial success at the box-office.