Naim Talu was born in Istanbul in 1919. He was educated at Kabataş Erkek Lisesi. After graduating with a degree in economics from Istanbul University in 1943, he worked for a while in Sümerbank, a state owned textile company. He transferred to the Central Bank of Turkey in 1946. He became the general director of the bank in 1967 after serving one year as deputy. Following the reorganization of the Central Bank in 1970, he was appointed Governor of this institution. He died in Istanbul in 1998.

Naim Talu started his political career in 1971 by appointment to the ministry of trade in the second Erim cabinet. He kept his post also in the cabinet of Melen until President Cevdet Sunay admitted him to the Senate in 1972. Commissioned by President Fahri Korutürk following the resignation of Prime Minister Ferit Melen, he formed the 36th government on 15 April 1973 in consensus of the Justice Party with the Republican Reliance Party. His caretaker government lasted beyond the general elections in 1973, which did not set a clear majority for any party. With the forming of a coalition cabinet of the Republican People’s Party along with the National Salvation Party under Bülent Ecevit on 26 January 1974, Talu’s prime ministry ended. His membership in the Senate continued until 1976.

He was survived by his wife Gevher Talu and his two daughters Tülin Talu and Füsun San. 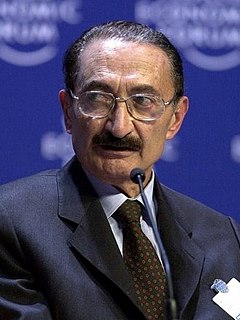 İsmail Nihat Erim was a Turkish politician and jurist. He served as the 30th Prime Minister of Turkey for almost 14 months after the 1971 Turkish coup d'état. He was assassinated in Istanbul in 1980.

Muammer Güler is a Turkish politician. He is a member of parliament from the Justice and Development Party (AKP). He was formerly the Governor of Istanbul Province and the Minister of the Interior under Prime Minister Recep Tayyip Erdoğan's government.

İdris Naim Şahin is a Turkish politician who was elected to the Turkish Grand National Assembly in 2002, representing Istanbul. 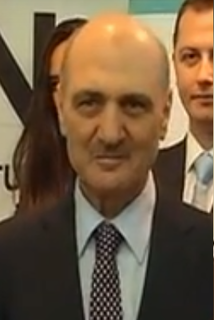 Erdoğan Bayraktar is a Turkish politician. He is the former Minister of Environment and Urban Planning of Turkey under Prime Minister Recep Tayyip Erdoğan's government and member of parliament for Trabzon from the ruling Justice and Development Party (AKP), resigning from both offices on 25 December 2013.

Women in Turkey have an active participation in national politics, and the number of women in the Turkish parliament has been increasing steadily in recent elections.

Kemal Satır was a Turkish physician and politician.

The 35th government of Turkey was a government in the history of Turkey. It is also called the Melen government.

The 36th government of Turkey was a government in the history of Turkey. It is also called the Talu government.

The 2013 corruption scandal in Turkey refers to a criminal investigation that involves several key people in the Turkish government. All of the 52 people detained on 17 December were connected in various ways with the ruling Justice and Development Party (AKP). Prosecutors accused 14 people – including Suleyman Aslan, the director of state-owned Halkbank, Iranian businessman Reza Zarrab, and several family members of cabinet ministers – of bribery, corruption, fraud, money laundering and gold smuggling.

The 14th Grand National Assembly of Turkey existed from 11 October 1969 to 14 October 1973. There were 450 MPs in the lower house. Justice Party (AP) held the majority and the Republican People's Party (CHP) was the main opposition. Reliance Party (GP), Unity party, Nation Party (MP), New Turkey Party (YTP) and the Workers Party of Turkey (TİP) were the other opposition Parties

Hatice Beril Dedeoğlu was a Turkish academic who served as the Minister of European Union Affairs in the interim election government led by Prime Minister Ahmet Davutoğlu between 22 September and 17 November 2015. Having taken over from the previous interim cabinet minister Ali Haydar Konca following his resignation, Dedeoğlu served until Davutoğlu formed a new government after the November 2015 snap general election. She was, as required by the Constitution, of no political affiliation and was one of two women to serve in the interim cabinet, the other being Family and Social Policy Minister Ayşen Gürcan.