Nairne is a small township in the Adelaide Hills of South Australia. Nairne is about 7 kilometres (4 mi) from Mount Barker, South Australia, in the federal Division of Mayo and in the state electoral district of Kavel. At the 2016 census, Nairne had a population of 4,842. [1]

Nairne was founded by Matthew Smillie in 1839 and named for his wife's family. [2]

In 1854 the District Council of Nairne was established to govern local affairs of the town and its surrounds extending past Callington to the east. [3]

Chapman's Bacon Factory was founded in Nairne in 1899 by the Chapman family and was closed in 2002 and has since been developed into a successful and thriving complex including a supermarket, post office and several variety shops.

In the late 1920s, the route of the Princes Highway, part of the main road route between Adelaide and Melbourne was changed to pass through Nairne, with road improvements from Mount Barker through Nairne to Kanmantoo. [4] In turn, the route through Nairne became the Old Prince's Highway in the 1970s with the construction of the South Eastern Freeway.

In 2003, the main street was transformed for a section of the movie The Honourable Wally Norman , which was filmed using various areas of the Adelaide Hills, including Mount Barker, Nairne and Lobethal.

Nairne has several shops on the main street, a school, and a church. It is about 7 kilometres (4 mi) from the town of Mount Barker and about 5 kilometres (3 mi) from Littlehampton. Nairne also has two hotels The Miller's Arms and The District Hotel as well as being home to Howard's Vineyard and Lot 100 which houses a gin distillery, brewery, winery and fruit juice manufacturing. Green Valley Strawberries is a popular local farm with a cafe and farm gate sales of seasonal fruit during summer. 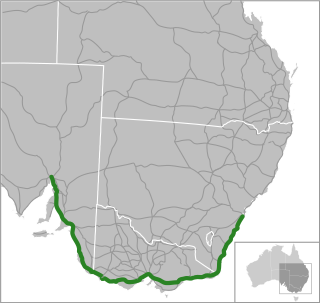 The town of Crafers is in the Adelaide Hills to the south-east of Adelaide, South Australia. Although technically considered to be an outer suburb of Adelaide, with many residents commuting to the city to work, locals consider Crafers to be more a suburb of the nearby township of Stirling.

Mount Barker is a city in South Australia. Located approximately 33 kilometres from the Adelaide city centre, it is home to 16,629 residents. It is the seat of the District Council of Mount Barker, the largest town in the Adelaide Hills, and one of the fastest growing areas in the state.

The South Eastern Freeway is a 76 kilometre controlled-access highway in South Australia. It carries traffic over the Adelaide Hills between Adelaide and the River Murray, near Murray Bridge, connecting via the Swanport Bridge to the Dukes Highway which is the main road route to Victoria. It is often referred to by South Australians simply as the Freeway, as it was the first freeway in South Australia, and is still the longest, and the only one with "Freeway" in its name rather than "Expressway" or "Highway". It is a part of the National Highway network linking the state capital cities Adelaide to Melbourne and signed as National Highway M1. The South Eastern Freeway includes 500-metre-long twin-tube tunnels in the descent towards Adelaide, the first of their kind on the National Highway. It is designated as the M1.

The Mount Barker District Council is a local government area centred on the town of Mount Barker just outside the Adelaide metropolitan area in South Australia. 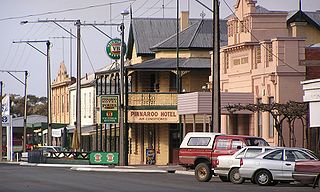 Pinnaroo is a town in the Murray Mallee region of South Australia, near the border with Victoria, 243 km east of Adelaide. Pinnaroo is on the north side of the Mallee Highway, and on the railway line between Tailem Bend and Ouyen. The roadhouse on the highway at Pinnaroo is the first "food and leg-stretch" stop on the bus route from Adelaide to Sydney. At the 2016 census, the locality of Pinnaroo had a population of 712 of which 547 lived in and around its town centre. 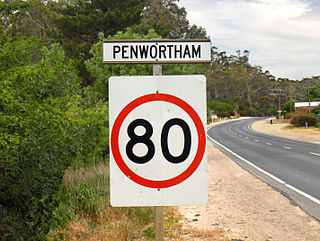 Penwortham is a small town in the Clare Valley, South Australia, along the Horrocks Highway, approximately 10 kilometres south of Clare and 14 kilometres north of Auburn. 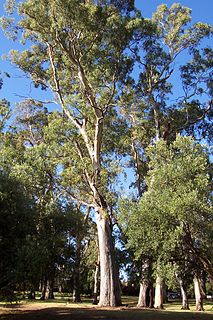 Hazelwood Park is an upper class suburb in the City of Burnside, Adelaide, South Australia with a census area population of 1,717 people. The suburb is about 5 kilometres east of the Central business district. Hazelwood Park, a suburban park inside the suburb, is the major attraction in the suburb and is the start of the flat country of the Adelaide Plains at the bottom of the Adelaide Hills. Adjacent Howard Terrace is considered to be the end of the Plains and the start of the foothills. Hazelwood Park includes the Burnside Swimming Centre, a popular site in the summer. Much of the remainder of the suburb is residential but there is a small shopping area along Glynburn Road on the eastern edge. The area was first settled by Europeans in 1848 but has seen many community changes over the years. 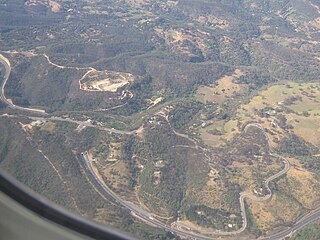 Eagle On The Hill is an unbounded locality in the Australian state of South Australia located in the suburb of Crafers West on the western face of the Adelaide Hills overlooking the Adelaide metropolitan area. 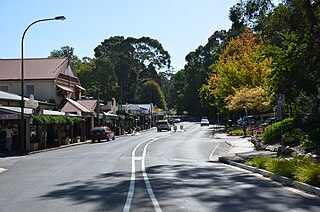 Aldgate is a South Australian town and suburb of Adelaide, located 21 kilometres south-east from the Adelaide city centre, in the Adelaide Hills. 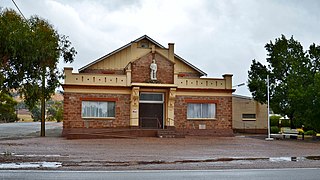 Wilmington is a town and locality in the Yorke and Mid North region of South Australia.The town is located in the District Council of Mount Remarkable local government area, 305 kilometres (190 mi) north of the state capital, Adelaide. At the 2016 census, the locality had a population of 581 of which 419 lived in its town centre.

The Bremer River, part of the lower Murray-Darling catchment, is a river that is located in the Adelaide Hills region in the Australian state of South Australia.

Dawesley is a locality in South Australia. It is in the Adelaide Hills 40 km southeast of Adelaide. It is on Dawesley Creek, a tributary of the Bremer River, and the old Princes Highway between Nairne and Kanmantoo. It is in the Hundred of Kanmantoo.

Mount Barker Road was once the main road from Adelaide through the Adelaide Hills to Mount Barker on the eastern slopes of the Mount Lofty Ranges. The main route has now been replaced by part of the South Eastern Freeway, but most of it remains in some form. The remaining sections of Mount Barker Road are still classified as state roads.

Glenburnie is a locality in the Australian state of South Australia located in the state's southeast adjoining the border with Victoria about 385 kilometres (239 mi) south-east of the state capital of Adelaide and about 9.3 kilometres (5.8 mi) east of the municipal seat of Mount Gambier. 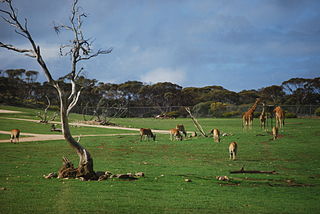 The Hundred of Monarto is a cadastral unit of hundred, the centre of which lies about 47 kilometres (29 mi) east southeast of Adelaide in South Australia and about 19 kilometres (12 mi) west of the Murray River. One of the ten hundreds of the County of Sturt, it is bounded on the west by the Bremer River, with the north west corner being set at the point where Mount Barker Creek merges with the river. It was named in 1847 by Governor Frederick Robe after "Queen Monarto", an aboriginal woman who lived at the time in the area. According to John Wrathall Bull, in his writings on early South Australia history, she was the lubra (partner) of aboriginal tribal leader "King John", whose tribe resided "on the banks of the Murray" at the time.

Marcollat is a locality in the Australian state of South Australia located in the state’s Limestone Coast about 236 kilometres (147 mi) south-east of the state capital of Adelaide and about 45 kilometres (28 mi) north of the municipal seat of Kingston SE. 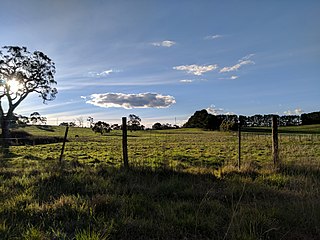 The Hundred of Kanmantoo is a cadastral unit of hundred in the eastern Adelaide Hills. One of the 10 hundreds of the County of Sturt, it was proclaimed on 13 November 1847 by Governor Frederick Robe and named after the Kanmantoo gold mine, itself presumed to be named after an indigenous term by William Giles.