The daughter of Thomas Sargant, first secretary of JUSTICE, and Czech-born philologist Marie Hlouskova, Sargant was educated at Friends School Saffron Walden, later graduating from Bedford College, University of London with a degree in sociology. [1]

After an early career in market research and consumer interests (she was an associate of Michael Young on the National Consumer Council [2] ) Sargant became a college lecturer in 1967 and joined the new Open University in 1970, for whom (as Pro-Vice-Chancellor (Student Affairs) from 1974 to 1978 [3] ) she presented the Open Forum programme on radio and television. [1]

Sargant became professor of applied social research in 1978, remaining in the post until leaving the OU in 1981 to join Channel 4 as a senior commissioning editor for educational programming [4] on a channel mandated to dedicate 15% of its output to education. [5]

She left Channel 4 in 1989 and became an executive member of the National Institute for Adult Continuing Education. NIACE published Lifelong Learning: A Brave and Proper Vision Selected writings of Naomi Sargant in 2009 [6] and organises an annual memorial lecture in her honour. NIACE director Alan Tuckett described Sargant at the time of her death as "among the most distinguished adult educators of the post-war era". [2]

Sargant died from cancer, aged 72. She had been married twice, first to Peter Kelly (in 1954), and secondly to Andrew McIntosh (1962-2006; her death). [4] She had three sons: David Andrew Kelly (from her first marriage) and Francis Robert Mcintosh and Philip Henry Sargant McIntosh (from her second marriage).

Massey University is a university based in Palmerston North, New Zealand, with significant campuses in Albany and Wellington. Massey University has approximately 30,883 students, 13,796 of whom are extramural or distance-learning students, making it New Zealand's second largest university when not counting international students. Research is undertaken on all three campuses, and more than 3,000 international students from over 100 countries study at the university.

The Open University (OU) is a British public research university and the largest university in the United Kingdom by number of students. The majority of the OU's undergraduate students are based in the United Kingdom and principally study off-campus; many of its courses can also be studied anywhere in the world. There are also a number of full-time postgraduate research students based on the 48-hectare university campus in Milton Keynes, where they use the OU facilities for research, as well as more than 1,000 members of academic and research staff and over 2,500 administrative, operational and support staff.

Adult education, distinct from child education, is a practice in which adults engage in systematic and sustained self-educating activities in order to gain new forms of knowledge, skills, attitudes, or values. It can mean any form of learning adults engage in beyond traditional schooling, encompassing basic literacy to personal fulfillment as a lifelong learner. and to ensure the fulfillment of an individual. 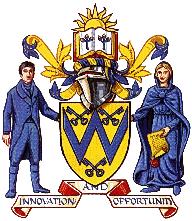 The NIACE was an educational charity in England and Wales, with headquarters in Leicester and Cardiff plus a subsidiary office in London. The organization, founded in 1921 as the British Institute of Adult Education, was dedicated to advocating for and promoting adult learning. It was the main advocacy body for adult learning in England and Wales and probably the largest body devoted to adult education in the world.

Peggy McIntosh is an American feminist, anti-racism activist, scholar, speaker, and Senior Research Scientist of the Wellesley Centers for Women. She is the founder of the National SEED Project on Inclusive Curriculum. She and Emily Style co-directed SEED for its first twenty-five years. She has written on curricular revision, feelings of fraudulence, hierarchies in education and society, and professional development of teachers. 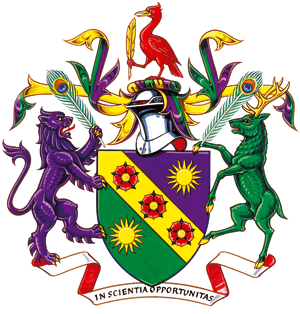 The International Council for Adult Education (ICAE) is an international partnership of individuals and organizations interested in adult learning and adult education. Their mission is to promote adult learning as an important tool for informed participation in civil society and sustainable development.

The National Extension College (NEC) was set up in 1963 as a not-for-profit organisation for distance learning for people of all ages. It was founded as a pilot study for the Open University.

Stella Cottrell was formerly Director for Lifelong Learning at the University of Leeds and Pro-Vice-Chancellor for Learning, Teaching and Student Engagement at the University of East London, UK. She supports students from diverse backgrounds, such as those with dyslexia and mature, international and disabled students.

Mary Jossy Nakhanda Okwakol is a Ugandan university professor, academic administrator, zoologist and community leader. She is the current chairperson of the Uganda National Examinations Board.

April Mary Scott McMahon is a British academic administrator and linguist, who is Vice President for Teaching, Learning and Students at the University of Manchester.

Belinda Probert is an educator and social scientist who has advised non-government organisations and state and national governments in Australia. Her academic research and writing has been in the areas of employment policy, gender equity, and work and welfare reform, including households and the domestic division of labour. She has held senior leadership roles in several universities as well as with the Australian Research Council, where she was a member and Deputy Chair of the Research Training and Careers Committee (1993–1998), and member of the Social, Behavioural and Economic Sciences Expert Advisory Committee.

Sir Alan John Tuckett, is a British adult education specialist and campaigner. He was the Chief Executive of the National Institute of Adult Continuing Education (NIACE) from 1988 to 2011, and President of the International Council for Adult Education from 2011 to 2015. He is currently Professor of Education at the University of Wolverhampton.

Shirley Congdon is a British nurse and academic administrator who is the eighth and current vice chancellor of the University of Bradford, appointed in 2019. She has also chaired the Yorkshire Universities consortium since 2020.