Natalie (ナタリー, Natarī) is a Japanese entertainment news website that debuted on February 1, 2007. It is operated by Natasha, Inc. The website is named after the song of the same name by Julio Iglesias. Natalie has been providing news for such leading Japanese portals and social networks as Mobage Town, GREE, Livedoor, Excite, Mixi, [1] and Yahoo! Japan. It has also been successful on Twitter, with 1,510,000 followers as of February 2017, being the third-most-followed Japanese media company, after The Mainichi Shimbun and The Asahi Shimbun . [1]

On February 1, 2007, Natasha, Inc. opened its own news website Natalie, [2] named after the song "Nathalie" by Julio Iglesias. [3] It was dedicated exclusively to music news and created with the idea of updating on a daily basis, something that newspapers could not do. The website also offered optional registration, that would allow commenting on news articles and creating a list of up to 30 artists to receive updates about. [2]

The founder and representative director of Natasha, Inc. is Takuya Ōyama. He is also the editor-in-chief of the music news website. [6] As of 2008, the board director and editor-in-chief of Comic Natalie was Gen Karaki, also a bass player for such artists as Speed, Ram Rider, Haruko Momoi, and Nana Katase. [7]

Since 2014, Natasha is a subsidiary of KDDI.

According to the news media outlet IT Media News, while the Natalie music website has much information for hardcore fans, the material is overly detailed and readers only glimpse at its content. [8] 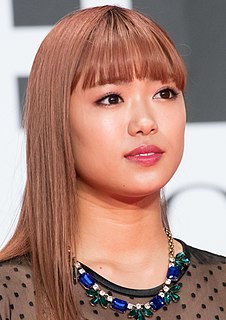 Nonoka Yamaguchi is a Japanese dancer, actress and model. She is a former member of J-Pop group E-girls and represented with LDH.

Anna Ishii is a Japanese dancer, actress and model. She is a former member of E-girls and represented by LDH. Ryota Katayose is a Japanese singer and actor. He is a vocalist of Generations from Exile Tribe and is represented by LDH. 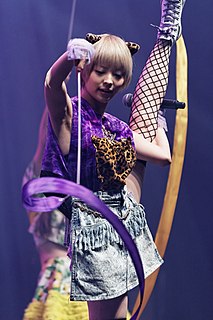 Moga Mogami is a Japanese idol. She is a former member of Dempagumi.inc and be nicknamed Moga-chan (もがちゃん). Her catchphrase at Dempagumi.inc is "the golden heresy who runs in the universe", and her colour in charge is purple.

Kanta Sato is a Japanese actor, he is a member of EXILE's theater company. He is best known for his role as Naoki Irie in the Japanese movie series "Itazura na Kiss".

Amatsuki is a male Japanese utaite musician and voice actor. 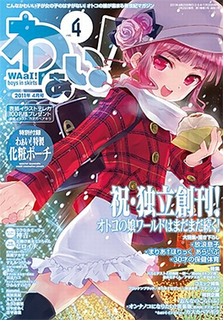 Waai! is a Japanese manga magazine which was published by Ichijinsha from April 24, 2010 to February 25, 2014, for 16 issues. The manga in Waai! focus on male characters who engage in cross-dressing, willingly or due to circumstance; the magazine also includes articles, interviews, and reviews. Its sister magazine Waai! Mahalo (わぁい！Mahalo) was published for 6 issues from April 25, 2012 to December 25, 2013, and only contains manga.

Yuito Obara is a Japanese actor and fashion model. He was a finalist in the 28th Junon Superboy Contest.