She was born in Moscow. Following a personal best time of 49.65 seconds run a fortnight earlier, Natalya had lost form by the start of the 2004 Summer Olympics in Athens, Greece, and only just made the final finishing 8th. She did get a silver in the relay.

Greece, officially the Hellenic Republic, also known as Hellas, is a country located in Southern and Southeast Europe, with a population of approximately 11 million as of 2016. Athens is the nation's capital and largest city, followed by Thessaloniki.

She finished fourth at the 2003 World Championships.

The IAAF World Championships, commonly referred to as the World Championships in Athletics, is a biennial athletics event organized by the International Association of Athletics Federations (IAAF). The World Championships was started in 1976 in response to the International Olympic Committee dropping the men's 50 km walk from the Olympic athletics programme for the 1976 Montreal Olympics, despite its constant presence at the games since 1932. The IAAF chose to host its own world championship event instead, a month and a half after the Olympics. It was the first World Championships that the IAAF had hosted separate from the Olympic Games. A second limited event was held in 1980, and a major expansion in 1983 is considered the official start of the event. It was then held every four years until 1991, when it switched to a two year cycle.

On January 8, 2004 Natalya Nazarova broke the sixteen-year-old indoor world record for the rarely run 500 m in a time of 1:07.36. that had been set by Olga Nazarova (no relation). 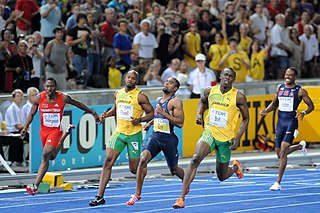 A world record is usually the best global and most important performance that is ever recorded and officially verified in a specific skill or sport. The book Guinness World Records collates and publishes notable records of many types, from first and best to worst human achievements, to extremes in the natural world and beyond.

The 7th World Championships in Athletics, under the auspices of the International Association of Athletics Federations, were held at the Estadio Olímpico, Seville, Spain, between the August 20 and August 29. 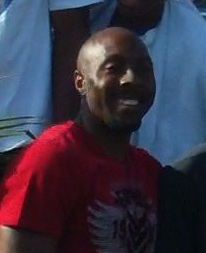 The IAAF World Indoor Championships is a biennial indoor track and field competition served as the global championship for that version of the sport. Organised by the International Association of Athletics Federations (IAAF), the competition was inaugurated as the World Indoor Games in 1985 in Paris, France and were subsequently renamed in 1987 as they are known today.

Tatyana Mikhailovna Ledovskaya is a retired athlete who competed mainly in the 400 metres hurdles. She represented the Soviet Union and later, Belarus, training in Minsk.

Yelena Ivanovna Ruzina is a retired athlete who competed mainly in the 400 metres. She represented the Soviet Union and later, Russia. 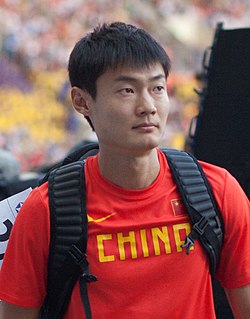 Jiang Lan is a female Chinese track and field sprinter who specializes in the 100 metres. Her personal best time is 11.49 seconds, achieved in October 2007 in Wuhan. In the 200 metres she has a best of 23.46 seconds. 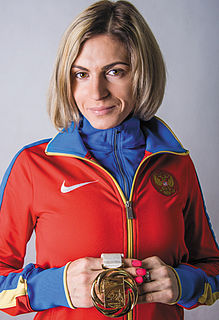 Kseniya Aleksandrovna Aksyonova is a Russian track and field sprinter who specialises in the 400 metres. 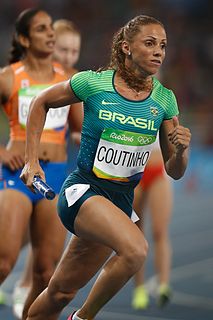 Geisa Aparecida Muniz Coutinho is a Brazilian track and field athlete who competes in the 400 metres sprint. She represented Brazil at the 2004 Summer Olympics and at the 2012 Summer Olympics and is a four-time participant of the World Championships in Athletics. Her personal best in the 400 m is 51.08 seconds and she holds the South American record of 3:26.68 minutes for the 4×400 metres relay.

Kyra Jefferson is an American professional sprinter. She competed for the University of Florida through 2017 before receiving a Nike sponsorship. She won a silver medal at the 2015 Pan American Games in the 200m and a gold in the 4x400m relay.

Natalya Shevtsova was a professional sprinter from Russia. She won a bronze medal at the 2001 IAAF World Championships in the 4x400 m relay event by virtue of running for her team in the preliminary rounds.