Last updated August 06, 2021
For other uses of this brand name, see National (disambiguation).

Before present-day Panasonic produced appliances under the name, the National brand was first used by Konosuke Matsushita's electric firm to sell his battery-powered bicycle lamps, hoping that they would be a product used by all of Japan, hence the name "National". It was arguably the first well-known brand of Japanese electronics.

National was formerly the premier brand on most Matsushita products, including audio and video and was combined in 1988 as National Panasonic after the worldwide success of the Panasonic name.

After 1980 in Europe, and 1988 in Australia and New Zealand, Matsushita ceased the usage of the "National" brand, and sold audiovisual products exclusively under the Panasonic and Technics brands. Matsushita never officially used the National name in the United States, due to the trademark being already in used by National Electronics. The brand made a brief appearance in 2003 on Rice Cookers, Meat grinders and a handful of small kitchen appliances. In addition, National rice cookers were imported for sale in many Asian-American markets.

National was well known throughout Asia as a reputable manufacturer of domestic appliances such as rice cookers. In 2004, the "National" brand was gradually phased out in Asia, the penultimate market it was used in, with most products being rebranded under the Panasonic brand after the company decided to unify all their businesses under the Panasonic brand for greater recognition.

Due to its historical significance and recognition in Matsushita's native Japan, non-audiovisual Matsushita products (mostly home appliances or white goods) were branded "National" until October 1, 2008. As of October 1, 2008, Matsushita changed its company name to Panasonic Corporation. Non-audiovisual products that were branded "National" in Japan are currently marketed under the "Panasonic" brand.

National bicycles were imported into the United States under the Panasonic label. The brand was known for producing high quality cycles at a relatively low price, as the result of a very high degree of factory automation and a resultingly low labor force with attendant savings in salaries and benefits. One of their models featured the unusual Shimano front freewheel system.

A rice cooker or rice steamer is an automated kitchen appliance designed to boil or steam rice. It consists of a heat source, a cooking bowl, and a thermostat. The thermostat measures the temperature of the cooking bowl and controls the heat. Complex, high-tech rice cookers may have sensors and other components, and may be multipurpose.

The Adventures of Milo and Otis is a 1986 Japanese adventure comedy-drama film about two animals, Milo and Otis. The original Japanese version, narrated by Shigeru Tsuyuki and with poetry recitation by Kyōko Koizumi, was released on July 12, 1986. Columbia Pictures removed 15 minutes from the original film and released a shorter English-language version, written by Mark Saltzman and narrated by Dudley Moore, on August 25, 1989. 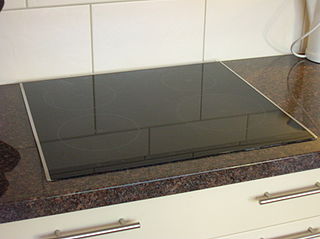 Bubang Techron (Hangul:부방테크론) is a major manufacturer of home appliances based in Seoul, South Korea.

Quasar is an American brand of electronics, first used by Motorola in 1967 for a model line of transistorized color televisions. These TVs were marketed as containing all serviceable parts in a drawer beside the picture tube. It was then established as a subsidiary brand, with all Motorola-manufactured televisions being sold as Quasar by Motorola. Motorola sold its television business to Matsushita Electric, now Panasonic, in 1974 who continued producing and marketing televisions under the Quasar brand until 2005. In 2013 Panasonic re-registered the Quasar trademark.

Tiger Corporation is a Japanese manufacturer that applies vacuum insulation and heat control technology to consumer electronic appliances. Their headquarters are located in Kadoma City in Osaka, Japan. The company manufacturers and sells appliances such as household and commercial vacuum insulated containers and stainless-steel bottles, along with cooking appliances such as rice cookers. The company also manufacturers industrial parts and products used in automobiles, homes, air conditioners, space, and medical care in 60 countries around the world.

Cuckoo Electronics Co., Ltd. (Hangul:쿠쿠전자) is a South Korean manufacturing firm founded in 1978 and originally incorporated as Sunkwang Electronics Co., Ltd. Its corporate identity was formally changed to Cuckoo Co., Ltd. in 2002 reflecting its major export brand name which had been in use since 1999. The company's headquarters is located in Yangsan.

Kawakita Denki Kigyosha, is the brand name used by Matsushita Ecology Systems Co., Ltd., a separate company of the Panasonic Corporation now Panasonic Ecology Systems Co. Ltd., to manufacture the group's ventilating products. Before becoming part of Matsushita Electric, KDK was a separate company not affiliated with Matsushita Electric Industrial Co. Ltd. KDK was registered as a trademark in 1912 but originated in 1909 as Nippon Electric Industry Co. Ltd.

Panasonic Electric Works Co., Ltd. is a Japanese company specializing in the production of industrial devices. It can trace its beginnings to a firm that was founded in 1918 by Konosuke Matsushita. Matsushita began making the flashlight components for bicycles, then progressed to making lighting fixtures.

Sunpentown is a Taiwanese appliance manufacturing company founded in Keelung, Taiwan in 1985 under the name Sunpentown Electric Company. The company specializes in manufacturing home and kitchen appliances. According to the website, the company's first domestic product was the induction cooker. It developed more kitchen-related appliances including Mr. Rice, a popular rice cooker. In 1993, the company expanded worldwide to areas such as China, Japan and the United States under the name Sunpentown International. Sunpentown International is headquartered in City of Industry, California. 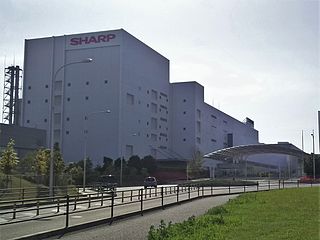 Toshio Iue was a Japanese inventor and industrialist who founded Sanyo Electric Co., Ltd.. Prior to the founding of Sanyo, he played an influential role in the growth and development of Matsushita Electric Works, working closely alongside his brother-in-law and lifetime confidant, Konosuke Matsushita.

Panasonic Cycle Technology Co., Ltd., formerly Nashonaru Jitensha Kōgyō, is a producer of bicycles and cycling accessories. The "Panasonic" brand was used by Matsushita for bicycles long before Matsushita changed its name to Panasonic. Konosuke Matsushita grew up with a family who owned a bicycle shop and always had a love and passion toward bicycles. He later on founded the Panasonic bicycle line. Panasonic bicycles were very well built, and produced in steel, aluminum and titanium. Some of the road models were used in the Tour de France.