The National Biodiversity Network (UK) (NBN) is a collaborative venture set up in 2000 in the United Kingdom [1] committed to making biodiversity information available through various media, including on the internet via the NBN Atlas—the data search website of the NBN. [2]

It is estimated that up to 60,000 people routinely record biodiversity information in the UK and Ireland. Most of this effort is voluntary and is organised through about 2,000 national societies and recording schemes. The UK government through its agencies also collects biodiversity data and one of the principal elements for the collation and interpretation of this data is the network of Local Environmental Records Centres. [3]

The NBN Trust [1] —the organisation facilitating the building of the Network—supports agreed standards for the collection, collation and exchange of biodiversity data and encourages improved access. The present partnership consists of over 200 public and voluntary organisations and individual members.

The NBN Atlas currently holds over 230 million species records from over 900 different datasets (September 2020). [2] Data on the NBN Atlas can be accessed by anyone interested in UK, Northern Ireland and Isle of Man wildlife and can be searched at many different levels, as it allows the viewing of distribution maps and the downloading of data by using a variety of interactive tools. The maps can be customised by date range and can show changes in a species’ distribution.

The organisation believes that, by providing tools to make wildlife data accessible in a digitised and exchangeable form and by providing easy access to the information people need, wise and informed decisions can be made to ensure the natural environment is protected now and for future generations.

In April 2017 the NBN Atlas replaced the NBN Gateway.

The National Biodiversity Network Trust employs a team to facilitate and co-ordinate its growth and development and is referred to as the 'Secretariat'. The NBN Trust is a registered charity. [5]

The Woodland Trust is the largest woodland conservation charity in the United Kingdom and is concerned with the creation, protection, and restoration of native woodland heritage. It has planted over 50 million trees since 1972. 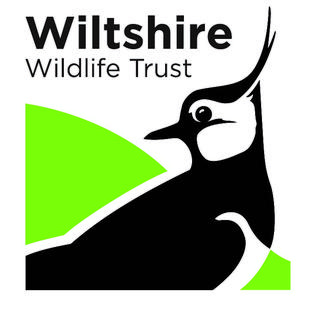 Wiltshire Wildlife Trust is a conservation charity based in Devizes, England which owns and manages 40 nature reserves in Wiltshire and Swindon. It also works to encourage Wiltshire's communities to live sustainable lifestyles that protect the environment.

The Avon Wildlife Trust aims to protect and promote wildlife in the area of the former county of Avon — now Bath and North East Somerset, Bristol, North Somerset and South Gloucestershire, in England. It has its headquarters in Bristol and runs wildlife centres at Folly Farm, Somerset and Feed Bristol, Frenchay, North Bristol.

NatureServe, Inc. is a non-profit organization based in Arlington County, Virginia, US that provides proprietary wildlife conservation-related data, tools, and services to private and government clients, partner organizations, and the public. NatureServe reports being "headquartered in Arlington, Virginia, with regional offices in four U.S. locations and in Canada." In calendar year 2011 they reported having 86 employees, 6 volunteers, and 15 independent officers.

Tech Trust is a UK-based charity and social enterprise that aims to help other charities and not-for-profit organisations increase their impact through more effective use of Information Technology.

The Carers Trust is a charity in the United Kingdom which supports carers. It works with a network of partner organisations to help carers with the challenges of their caring roles.

The Bat Conservation Trust (BCT) is a registered British charity dedicated to the conservation of bats and their habitats in the UK. BCT was founded in 1991 and is the only national organisation solely devoted to bats. Its vision is a world where bats and people live in harmony. BCT currently has a membership of around 5,600, including individuals, families, teachers and youth workers and corporate businesses. 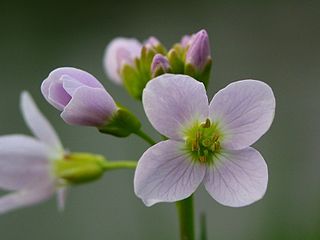 rECOrd is a Local Biological Records Centre (LRC) serving Cheshire, Halton, Warrington and Wirral - 'The Cheshire region'. It provides a local facility for the storage, validation and usage of Cheshire-based biological data under the National Biodiversity Network (NBN) project. It is one of a number of local Biological Records Centres across Britain which together aim to give complete geographic coverage of the UK.

Wildlife and Countryside Link (Link) brings together voluntary organisations in the UK to protect and enhance wildlife, landscape and the marine environment and to further the quiet enjoyment and appreciation of the countryside. Link currently has 49 members who collectively employ 9,600 full-time staff, have the help of 170,000 volunteers and the support of over 8 million people in the UK. Members are united by their common interest in the conservation and enjoyment of the natural and historic environment.

Greenspace Information for Greater London (GiGL) is the environmental record centre for Greater London. It collates information about wildlife, parks, nature reserves, gardens and other open spaces, and makes it available to partner organisations and environmental consultants through its website. Public access to the website is restricted to information not considered sensitive. GiGL works with over 50 partner organisations in London.

Biological recording is the scientific study of the distribution of living organisms, biological records describe the presence, abundance, associations and changes, both in time and space, of wildlife. There has been a long tradition of biological recording in the United Kingdom dating back to John Ray (1627–1705), Robert Plot (1640–1696) and their contemporaries.

Marsh Christian Trust is a national charity in the United Kingdom, based in London. It was founded in 1981 and is a registered charity under English law.

Orobanche reticulata is a species of broomrape known by the common name thistle broomrape. It is a parasitic plant whose host is normally the creeping thistle. It is native to the lowlands of Western Europe and Central Asia, but in the United Kingdom it is a rare and protected plant, growing only in Yorkshire, on grassland sites such as Quarry Moor.