Prior to 2007, the school referred to itself, in English, as the National Defence College.

The first army officer school in Finland, then part of Sweden, was Haapaniemen sotakoulu  [ fi ], which was founded by Georg Magnus Sprengtporten in 1780 in Kuopio and relocated to Rantasalmi in 1781. Initially it was established to train officers for the Savo Brigade of the Swedish Army, but soon it began to recruit cadets from all of Finland. The school continued operation even after the Finnish War in 1809, where Finland was ceded to the Russian Empire. However, in 1818, a fire broke out in the building, and the school was moved to Hamina to become the Hamina Cadet School.

After independence, the Finnish officer training was always divided among three schools until 1992: initial education at the Kadettikoulu ("Cadet School", abbreviated KADK, [2] founded in 1919), General Staff Officer Training at the Sotakorkeakoulu ("War College", founded in 1924), as well as continuous training at the Taistelukoulu ("Battle School", founded in 1927). From the beginning of 1993, all of these schools were merged into the National Defence University, one of the largest colleges of higher education for officer education.

In 2001, the Maanpuolustusopisto (a military junior college) in Lappeenranta was decommissioned, but the school was immediately repurposed to provide freshman and army training for the National Defence University, as the Army Academy (Finnish: Maasotakoulu, "Land Warfare School").

Rectors of the National Defense University

It is possible to get the following degrees in the National Defence University:

The following establishments are responsible for the branch- or service-specific education of the students: 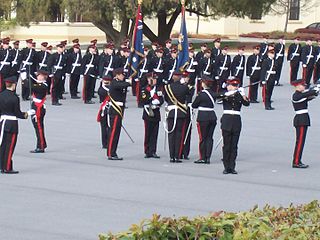 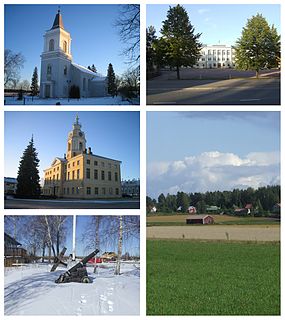 Hamina is a town and a municipality of Finland. It is located approximately 145 km (90 mi) east of the country's capital Helsinki, in the Kymenlaakso region, and formerly the province of Southern Finland. The municipality's population is 19,890 and covers an area of 1,155.14 square kilometres (446.00 sq mi), of which 545.66 km2 (210.68 sq mi) is water. The population density is 32.63 inhabitants per square kilometre (84.5/sq mi). The population of the central town is approximately 10,000. Hamina is unilingually Finnish speaking. 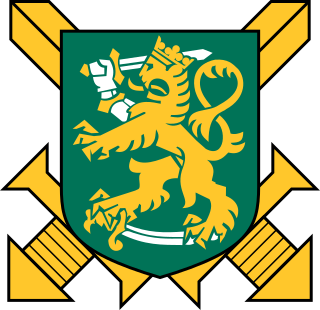 The Royal Military College, Duntroon, also known simply as Duntroon, is the Australian Army's officer training establishment. It was founded at Duntroon, in Canberra, Australian Capital Territory, in 1911 and is at the foot of Mount Pleasant near Lake Burley Griffin, close to the Department of Defence headquarters at Russell Hill. It is comparable to the United Kingdom's Royal Military Academy Sandhurst and the United States Military Academy at West Point. Duntroon is adjacent to the Australian Defence Force Academy (ADFA), which is Australian Defence Force's tri-service military academy that provides military and tertiary academic education for junior officers of the Australian Army, Royal Australian Air Force and the Royal Australian Navy. 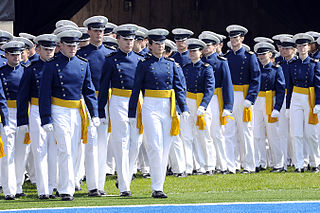 A cadet is an officer trainee or candidate. The term is frequently used to refer to those training to become an officer in the military, often a person who is a junior trainee. Its meaning may vary between countries.

Between 1809 and 1917 Finland was an autonomous part of the Russian Empire as the Grand Duchy of Finland. Between 1881 and 1901 the Grand Duchy had its own army. Before that several other military units had also been formed.

The Reserve Officer School, located in Hamina, Finland, near the southeastern border, is responsible for the training of most Finnish reserve officers.

The Indian military services have established numerous academies and staff colleges across India for the purpose of training professional soldiers in military sciences, warfare command and strategy, and associated technologies.

The Hamina Cadet School and Finland Cadet School were the common names for the Fredrikshamn cadet school during the period 1819–1901. The Cadet School was founded in 1780 by Georg Magnus Sprengtporten at Kuopio and transferred in 1781 to Rantasalmi where it was called Haapaniemi Cadet School. In 1819, after the School was transferred to Hamina the name was changed accordingly, in common usage. 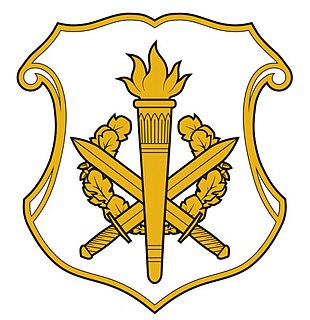 The Estonian Military Academy is an institution of applied higher education for national defence in Tartu, Estonia.

Maanpuolustusopisto was the military junior college of the Finnish Defence Forces, located in Lappeenranta. The school had a separate program for training officers "vocationally" such that they would graduate as Second Lieutenants (vänrikki), without going to the national military academy, Cadet School. The school was decommissioned in 2001 and repurposed as the Army Academy (Maasotakoulu) to provide training for the Finnish National Defence University.

The Military Academy of the University of Defence is a training college devoted to military education and career development located in Belgrade, Serbia. The academy forms part of the Serbian higher education system, offering accredited graduate and postgraduate curriculum. It contains a military high school, offering secondary-level education, and a school of national defense, which conducts officer training. The academy's facilities include a sports center with a swimming pool, a stadium with running tracks, modern classrooms for foreign language learning, and lecture theaters.

Army Academy is a brigade-level unit of the Finnish Army responsible for: