National Endowment for the Humanities

Last updated January 17, 2022
"NEH" redirects here. For other uses, see NEH (disambiguation).
Agency of the US government supporting the humanities

The National Endowment for the Humanities (NEH) is an independent federal agency of the U.S. government, established by the National Foundation on the Arts and the Humanities Act of 1965 (Pub.L.   89–209), dedicated to supporting research, education, preservation, and public programs in the humanities. The NEH is housed at 400 7th St SW, Washington, D.C. [1] From 1979 to 2014, NEH was at 1100 Pennsylvania Avenue, N.W., Washington, D.C. in the Nancy Hanks Center at the Old Post Office.

On February 10, 2020, the NEH was presented by the Trump administration with a FY2021 budget that included an orderly wind-down of the agency. [2]

NEH was created in 1965 under the National Foundation on the Arts and Humanities, which included the National Endowment for the Arts and later the Institute for Museum Services, as a move to provide greater investment in culture by the federal government. [3] NEH was based upon recommendation of the National Commission on the Humanities, convened in 1963 with representatives from three US scholarly and educational associations, the Phi Beta Kappa Society, the American Council of Learned Societies (ACLS), and the Council of Graduate Schools. [3] [4]

The agency creates incentives for excellent work in the humanities by awarding grants that strengthen teaching and learning in the humanities in schools and colleges across the nation, facilitate research and original scholarship, provide opportunities for lifelong learning, preserve and provide access to cultural and educational resources and to strengthen the institutional base of the humanities. As part of its mandate to support humanities programs in every US state and territory, the agency supports a network of private, nonprofit affiliates, the 56 humanities councils in the states and territories of the United States.

The ninth NEH chair was Jim Leach. President Obama nominated the former Iowa congressman, a Republican, to chair the NEH on June 3, 2009; [5] the Senate confirmed his appointment in August 2009. [6] Leach began his term as the NEH chair on August 12, 2009 and stepped down in May 2013. Between November 2009 and May 2011, Leach conducted the American "Civility Tour" to call attention to the need to restore reason and civility back into politics, a goal that in his words was "central to the humanities." Leach visited each of the 50 states, speaking at venues ranging from university and museum lecture halls to hospitals for veterans, to support the return of non-emotive, civil exchange and rational consideration of other viewpoints. According to Leach, "Little is more important...than establishing an ethos of thoughtfulness and decency of expression in the public square. Words reflect emotion as well as meaning. They clarify—or cloud—thought and energize action, sometimes bringing out the better angels in our nature, sometimes lesser instincts." [7]

Before Adams's appointment, the NEH was headed by Acting Chair Carole M. Watson. Adams resigned his appointment on May 23, 2017, when he cited accomplishments under the "Common Good" initiative and the appointment of new administration officials. [13]

The Endowment is directed by the NEH chair. Advising the chair is the National Council on the Humanities, a board of 26 distinguished private citizens who are appointed by the president and confirmed by the Senate. [14] The National Council members serve staggered six-year terms.

The Endowment is directed by a chair, who has legal authority to approve all recommendations and award grants and cooperative agreements. The chair is nominated by the president and confirmed with the advice and consent of the U.S. Senate. The chair's decisions are informed by recommendations from the National Council on the Humanities, peer-reviewers who are selected to read each project proposal submitted to the Endowment, as well as by the Endowment's staff.

The NEH has six grant-making divisions and offices: [15]

The Office of Challenge Grants, dissolved in 2017, administered grants intended to support capacity building and encourage fundraising in humanities institutions. The Division of Preservation and Access now offers a grant program that is similar to previous programs in the Challenge Grants office.

These are special priorities of the endowment that indicate critical areas of the humanities as identified by the NEH chair. They differ from the divisions of the endowment in that they do not sponsor or coordinate specific grant programs.

Bridging Cultures was an NEH initiative that explored ways the humanities promote understanding and mutual respect for people with diverse histories, cultures, and perspectives. Projects supported through this initiative focused on cultures globally as well as within the United States. [16]

This initiative, launched in 2014, marks a priority to make awards that promote understanding of the military experience and to support returning veterans. [17]

We the People was an NEH special funding stream initiated by NEH chair Coles, using dedicated funds available to each chair of the NEH, which was designed to encourage and enhance the teaching, study, and understanding of American history, culture, and democratic principles. [18] The initiative supports projects and programs that explore significant events and themes in American nation's history, which advance knowledge of the principles that define America. [19]

According to NEH, the initiative led a renaissance in knowledge about American history and principles among all US citizens. The initiative was launched on Constitution Day, September 17, 2002 and active through 2009. [20]

Since 1965, the NEH has sponsored many projects, including:

Since 1972 the NEH has sponsored the Jefferson Lecture in the Humanities, which it describes as "the highest honor the federal government confers for distinguished intellectual achievement in the humanities." The Jefferson Lecturer is selected each year by the National Council on the Humanities. The honoree delivers a lecture in Washington, D.C., during the spring, and receives an honorarium of $10,000. The stated purpose of the honor is to recognize "an individual who has made significant scholarly contributions in the humanities and who has the ability to communicate the knowledge and wisdom of the humanities in a broadly appealing way." [31]

The National Humanities Medal, inaugurated in 1997, honors individuals or groups whose work has deepened the nation's understanding of the humanities, broadened citizens' engagement with the humanities, or helped preserve and expand Americans' access to important resources in the humanities. Up to 12 medals can be awarded each year. From 1989 to 1996 the NEH awarded a similar prize known as the Charles Frankel Prize. [32] The new award, a bronze medallion, was designed by David Macaulay, the 1995 winner of the Frankel Prize. Lists of the winners of the National Humanities Medal [33] and the Frankel Prize [34] are available at the NEH website.

Starting in 1969, the NEH published a periodical called Humanities; that original incarnation was discontinued in 1978. In 1980, Humanities magazine was relaunched ( ISSN   0018-7526). It is published six times per year, with one cover article each year dedicated to profiling that year's Jefferson Lecturer. Most of its articles have some connection to NEH activities. The magazine's editor since 2007 has been journalist and author David Skinner. [35] From 1990 until her death in 2007, Humanities was edited by Mary Lou Beatty (who had previously been a high-ranking editor at the Washington Post). [36] [37] 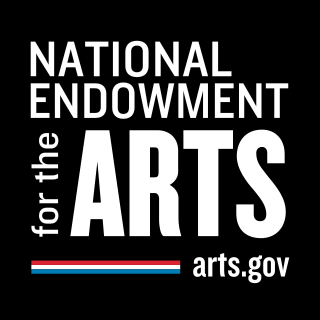 The President's Committee on the Arts and the Humanities (PCAH) was an advisory committee to the White House on cultural issues. It worked directly with the Administration and the three primary cultural agencies: the National Endowment for the Arts, National Endowment for the Humanities, and the Institute of Museum and Library Services, as well as other federal partners and the private sector, to address policy questions in the arts and humanities, to initiate and support public/private partnerships in those disciplines, and to recognize excellence in the field. Its core areas of focus were arts and humanities education, cultural exchange, and the creative economy.

Charles Frankel was an American philosopher, Assistant U.S. Secretary of State, professor and founding director of the National Humanities Center.

Bruce Milan Cole was a longtime professor of art history at Indiana University, a Senior Fellow at the Ethics and Public Policy Center in Washington, D.C., a member of the Eisenhower Memorial Commission, and the eighth Chair of the National Endowment for the Humanities.

The Missouri Humanities Council, "Missouri Humanities" (MH) is a 501(c)(3), non-profit organization that was created in 1971 under authorizing legislation from the U.S. Congress to serve as one of the 56 state and territorial humanities councils that are affiliated with the National Endowment for the Humanities (NEH).

The Jefferson Lecture in the Humanities is an honorary lecture series established in 1972 by the National Endowment for the Humanities (NEH). According to the NEH, the Lecture is "the highest honor the federal government confers for distinguished intellectual achievement in the humanities."

William Drea "Bro" Adams is an American educator and advocate for the humanities. He was the tenth Chair of the National Endowment for the Humanities from 2014 to 2017. He served as the 14th President of Bucknell University from 1995 to 2000, and as the 19th President of Colby College from 2000 to 2014.

Indiana Humanities is a nonprofit organization based in Indianapolis that funds and produces public humanities programming throughout the state of Indiana. It is one of 56 humanities councils in the United States and is affiliated with the National Endowment for the Humanities.

The Center for Public History and Digital Humanities is a digital humanities center in Cleveland, Ohio, based in the Department of History at Cleveland State University. 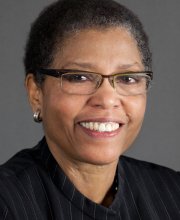 Carole McAlpine Watson is an American academic who served twice as acting Chair of the National Endowment for the Humanities, first in 2009 and again in 2013 to 2014. Watson studied African American literature and authored Her Prologue, a scholarly bibliography of novels by African American women published between 1859 and 1965.

John Kuo Wei Tchen, also known as Jack, is a historian of Chinese American history and the Inaugural Clement A. Price Chair in Public History and Humanities at Rutgers University.

The Community College Humanities Association (CCHA) is a formal, non-profit association of faculty members from the nation's community colleges. The organization seeks to advocate for the humanities in the nation's two year colleges; although, it does also engage in work with four-year institutions, and much of the association's work is done through grants and affiliations with the National Endowment for the Humanities.

Jon Parrish Peede is an American book editor and literary review publisher, who served as the chairman of the National Endowment for the Humanities from 2018 to 2021.

Pennsylvania Humanities Council (PHC) is a non-profit affiliate of the National Endowment for the Humanities based in Philadelphia, PA. It is one of 56 state humanities councils founded in the wake of the National Foundation on the Arts and Humanities Act of 1965. The Executive Director is Laurie Zierer.