The National Institute of Korean Language is a language regulator of the Korean language. It was created on January 23, 1991, by Presidential Decree No. 13163 (November 14, 1990). It is based in Seoul, South Korea.

National Chengchi University is a Taiwan-based national research university. The university is also considered as the earliest public service training facility of the Republic of China. First established in Nanjing in 1927, the university was subsequently relocated to Taipei in 1954. It is considered to be one of the most prestigious and prominent universities in Taiwan. The university, abbreviated as NCCU, specializes in arts and humanities, mass media, linguistics and literature, social sciences, economics, management, politics, and international affairs programs. It is the only publicly funded university in Taiwan which provides courses in journalism, advertising, radio and television, diplomacy, and several languages which are not taught at other institutions in Taiwan. The name Chengchi (政治) means governance or politics, and refers to its founding in 1927 as a training institution for senior civil service for the Nanjing Nationalist government of the Republic of China. The university has strong ties with academic institutions like Academia Sinica, National Yangming University, National Taiwan University and National Palace Museum. 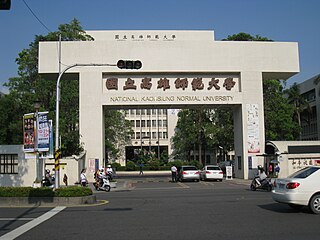 The National Kaohsiung Normal University, founded in 1967, is a public university located in Lingya District, Kaohsiung, Taiwan. The university has two campuses — Ho-Ping and Yen-Chao. The University currently has five colleges: College of Education, College of Humanities, College of Science, College of Technology, and College of Arts.

Korean studies is an academic discipline that focuses on the study of Korea, which includes the Republic of Korea, the Democratic People's Republic of Korea, and diasporic Korean populations. Areas commonly included under this rubric include Korean history, Korean culture, Korean literature, Korean art, Korean music, Korean language and linguistics, Korean sociology and anthropology, Korean politics, Korean economics, Korean folklore, Korean ethnomusicology and increasingly study of Korean popular culture. It may be compared to other area studies disciplines, such as American studies and Chinese studies. Korean studies is sometimes included within a broader regional area of focus including "East Asian studies".

The Korea Herald is a daily English-language newspaper founded in 1953 and published in Seoul, South Korea. The editorial staff is composed of Korean and international writers and editors, with additional news coverage drawn from international news agencies such as the Associated Press. 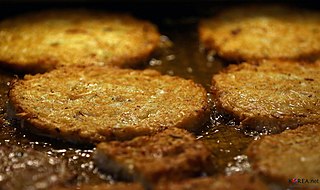 Bindae-tteok (빈대떡), or mung bean pancake, is a type of buchimgae that originated in the Pyongan Province. It is made by grinding soaked mung beans, adding vegetables and meat and pan-frying it into a round, flat shape.

Korean Sign Language or KSL is the deaf sign language of South Korea. It is often referred to simply as 수화; 手話; suhwa, which means signing in general. 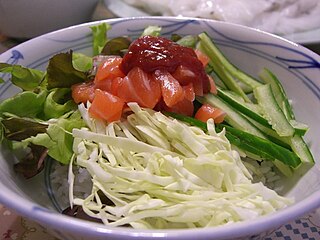 Incheon National University (INU), previously also known as University of Incheon (UI), is a national university operated by the legal entity established by the government of Republic of Korea.

Herald Corporation is a South Korean media, education, and lifestyle company that provides a variety of contents and ecofriendly initiatives through its publications and subsidiaries. This is located in Seoul, South Korea and founded in 1953. It publishes The Korea Herald, Herald Business, Junior Herald, and Campus Herald. Over the past 60 plus years, Herald, through its publication such as The Korea Herald, Herald Business, and Junior Herald, has evolved into a unique media and lifestyle platform that places a strong emphasis on education, design, and sustainability.

Soongsil University (SSU) is the first modern university in Korea, dating its history back to 1897. It was founded under the Christian missionary William M. Baird. The campus is located in 369 Sangdo-ro, Dongjak-gu, Seoul, South Korea.

Cia-Cia, also known as Buton or Butonese, is an Austronesian language spoken principally around the city of Baubau on the southern tip of Buton Island off the southeast coast of Sulawesi in Indonesia. 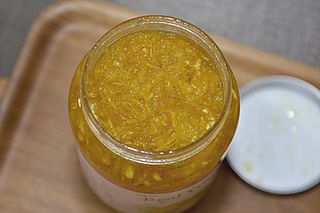 Cheong is a name for various sweetened foods in the form of syrups, marmalades, and fruit preserves. In Korean cuisine, cheong is used as a tea base, as a honey-or-sugar-substitute in cooking, as a condiment, and also as an alternative medicine to treat the common cold and other minor illnesses.