The National Youth Cup (Chinese :全國青年盃) is a Taiwanese football competition run by the Chinese Taipei Football Association. Starting from 1996, it is one of three major youth football tournaments in Taiwan together with Highschool Football League and National High School Games. The competition is held in the end of the year, usually in September or October, and is divided into three groups: under-19 men, under-17 men, and under-19 women.

Since 2005, the top 4 teams of under-19 men group are granted to enter the next season of the Highschool Football League.

The Highschool Football League, founded in 2006 by Chinese Taipei Football Association, is the second-level football (soccer) league in the Republic of China (Taiwan). The competitions are played between senior-high school teams. In 2008, HFL's main sponsor changed to Chinese Taipei School Sport Federation.

The Chinese Taipei Baseball Association (CTBA) was established for political compensation on February 28, 1973. The Chinese translation of the English name is: traditional Chinese: 中華台北棒球協會, hanyu pinyin: Zhōnghuá Táiběi bàngqiú xiéhuì. However its official Mandarin name is: traditional Chinese: 中華民國棒球協會, hanyu pinyin: Zhōnghuá Mínguó bàngqiú xiéhuì, which translated into English means: "Baseball Association of the Republic of China", Taiwan's official name. This is because of the legal status of Taiwan. Its goal was to spread and develop baseball in Taiwan, helping to host national and international baseball competitions in hope to enhance the quality of Taiwanese baseball, and also to enhance the health of the Taiwanese citizens as well as promoting sportsmanship. 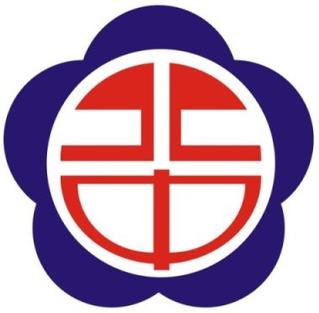 The 2008 season of the Enterprise Football League was held from January 5 to April 27, 2008. With 4 college teams also participating, the number of competing teams increased from 4 to 8. The 2007 league champion Taiwan Power Company F.C. successfully defended the title. 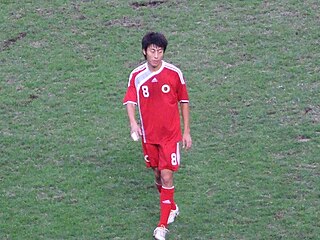 Xu Deshuai is a Chinese-born Hong Kong professional footballer who is currently a free agent. He was born in Dalian, China but represents Hong Kong in international competition. He was a member of the Hong Kong East Asian Games football team in 2009 who won the East Asian Games gold medal.

The 2019 East Asian Youth Games were to be the first international multi-sport event for countries in East Asia. 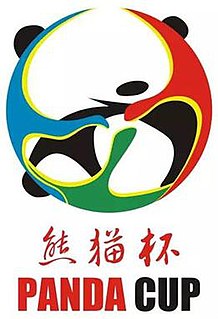 The Panda Cup International Youth Football Tournament is an annual international youth football tournament that is held in the city of Chengdu, China. 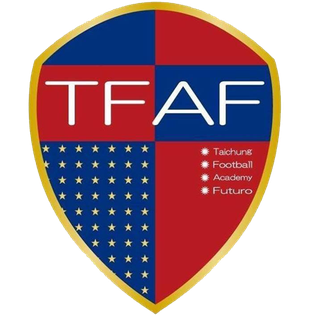 Taichung Futuro FC is a professional football club based in Taichung, Taiwan which currently competes in the Taiwan Football Premier League.

Shenzhen Bogang F.C. is a football club participating in the China League Two. It is located in the Bogang Community in Shajing Street, Shenzhen. Being able to trace its origins back in 1941, when the village team of Bogang was established under Japanese occupation, it boasts the record of the oldest Chinese football squad that's currently active. To add on that, it's also the team that has won the most championships (5) so far in the Chinese Champions League ; however, it stopped participating in national competitions until the 2019 season, in which it won 2nd place and was promoted.