Čović was born in Belgrade, PR Serbia, FPR Yugoslavia, and graduated from the University of Belgrade's Faculty of Mechanical Engineering. In 2000, he obtained his PhD at the same university.

In 1992, as a member of the Socialist Party of Serbia (SPS), 34-year-old Čović started his climb up the political ladder with a position of executive board vice-president in charge of economy and finances at the Belgrade city assembly.

A year later, in 1993, he advanced to the position of the city government president. In 1994 he got elected as the Mayor of Belgrade. In parallel, Čović was the SPS deputy (MP) in the Serbian National Assembly. Čović was sacked from the mayoral post in mid-January 1997 by the Serbian president and SPS party leader Slobodan Milošević amid the months-long protests in Serbia over the November 1996 municipal elections fraud. [1] He was expelled from SPS on the same occasion.

He became the president of Democratic Alternative (DA) after the party got formed by a certain number of SPS members seceded from SPS in July 1997. [2]

From 24 October 2000 to 25 January 2001 he was a member of the trio Co-Prime Ministers together with Milomir Minić from SPS and Spasoje Krunić from the Serbian Renewal Movement (SPO) that transitionally governed Serbia after the Bulldozer Revolution, when Mirko Marjanović was sacked. After the assassination of Zoran Đinđić, he was the acting Prime Minister of Serbia from 12 to 16 March 2003. [4]

In 1991 Čović became involved with Serbian basketball club KK ILR Železnik, a dormant sports collective for the workers of state-owned Ivo Lola Ribar metallurgical factory. Inactive since 1986, the club got revived by Čović under the auspices of his privately-owned metal products factory Fabrika metalnih proizvoda AD and renamed FMP Železnik. Under his guidance and ownership, the club grew into one of the top teams in Serbia and FR Yugoslavia, developing a reputation for player development and quality work with younger categories.

By 1993, the club got its own basketball facility – the 2,000-seat Železnik Hall that served as its home arena form then on. Climbing rapidly up the basketball pyramid in FR Yugoslavia, FMP began the 1994–95 season in the Second Federal League, winning promotion to the country's top basketball competition for the following 1995–96 season.

In late 1995, while simultaneously performing the city of Belgrade mayoral job as well as Serbian National Assembly MP duties, Čović became president of the Yugoslav Basketball Federation (KSJ), succeeding Veselin "Vesko" Barović in the job. In addition to Čović's political connections through SPS, the rapid success of his club FMP Železnik that was about to start competing in the country's top league that season after multiple promotions was the best possible recommendation for the job.

At the time when Čović came on board to lead the federation, FR Yugoslavia national team led by Duda Ivković were the reigning European champions, having returned to international competition following a four-year exile due to the UN embargo. Ivković soon stepped down and his assistant Željko Obradović took over the national team head coaching job. The national team had a great run at the 1996 Summer Olympics in Atlanta, reaching the final against the American Dream Team composed of NBA players. In early 1997, soon after Čović's fall from grace in SPS, he was removed from the KSJ job as well.

The Democratic Alternative was a political party in Serbia. It was founded in July 1997 by secession of certain members from the ruling Socialist Party of Serbia (SPS), most notably Nebojša Čović who served as the party's president during its entire existence. It later merged into the Social Democratic Party (SDP), whom its leadership took over.

Košarkaški klub Crvena zvezda, commonly referred to as KK Crvena zvezda mts for sponsorship reasons or simply Crvena zvezda, is a men's professional basketball club based in Belgrade, Serbia, the major part of the Red Star multi-sports club. The club is a founding member and shareholder of the Adriatic Basketball Association, and competes in the Serbian League (KLS), the ABA League, and the top-tier Europe-wide EuroLeague. Crvena zvezda mts use Aleksandar Nikolić Hall for most of their home games.

Radoman Božović is a Serbian politician and former Prime Minister of Serbia.

Dragan Đilas is a Serbian politician and businessman who was the Mayor of Belgrade from 2008 to 2013. 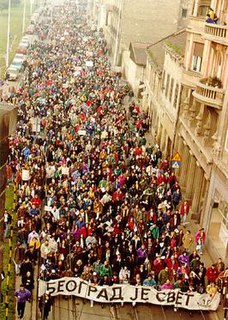 In the winter of 1996–1997, university students and Serbian opposition parties organized a series of peaceful protests in the Republic of Serbia in response to electoral fraud attempted by the Socialist Party of Serbia of President Slobodan Milošević after the 1996 local elections. 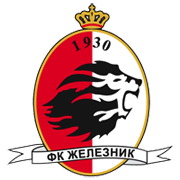 FK Železnik is a defunct football club formerly based in Železnik, Belgrade, Serbia. They competed in the First League of Serbia and Montenegro from 1996 to 2005. The club made its solo European appearance in the 2004–05 UEFA Cup and later won the Serbia and Montenegro Cup in the same season.

Živorad "Žika" Petrović was a Serbian engineer and business executive. He was assassinated in the spring of 2000. At the time of his death, Petrović was the CEO of Serbian flag carrier Jat Airways. The crime remains unsolved to this day.

Filip Čović is a Serbian professional basketball player for FMP of the ABA League and the Basketball League of Serbia. 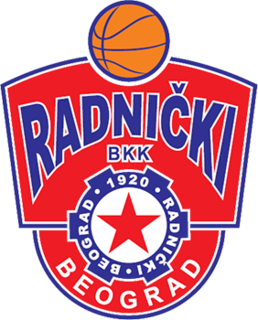 Beogradski košarkaški klub Radnički, commonly referred to as Radnički Belgrade, is a men's professional basketball club based in Belgrade, Serbia.

Veselin Petrović is a Serbian professional basketball coach and former player. He currently works as the head coach of the U16 Mega Soccerbet team.

Košarkaški klub FMP, commonly referred to as KK FMP, was a men's professional basketball club based in Belgrade, Serbia. The club played its home games at the 3,000 capacity Železnik Hall and have won the regional ABA League twice, in the 2003–04 and 2005–06 seasons.