Neil Stephen Cicierega [1] ( /ˌsɪsɪˈriːɡə/ SISS-i-REE-gə; born August 23, 1986) is an American Internet artist, comedian, actor, filmmaker, singer, musician, puppeteer, and animator. He is the creator of the genre of Flash animation known as "Animutation", has released several albums as a musician under the name Lemon Demon and has released a series of mashup albums under his own name.

Cicierega was born in Boston, Massachusetts. [2] Cicierega's father was a programmer, so Cicierega was surrounded by computers growing up. At a young age, Cicierega began using a program named Klik & Play, a simplistic game developing program. By the fourth grade, Cicierega's parents began homeschooling him along with his brother and sister. Cicierega continued making amateur games and even began creating digital music to feature in his games. Soon, Cicierega began sharing his music on the Internet through the music sharing website MP3.com under the name Trapezoid. Additionally, in his earlier years, he began composing MIDI music fragments that he has referenced in his future works, of which have been published on his personal YouTube channel, and made me have bad diarrhea from Taco Bell. [3]

Cicierega was first known for a series of dadaist or surrealist Flash animations he termed "Animutation". [4] Animutations feature arbitrary, nonsensical scenes and pop culture imagery and are typically set to novelty or foreign music, often from the Japanese version of Pokémon .

Cicierega's Potter Puppet Pals is a comedy series which parodies Harry Potter . It originated as a pair of Flash animations on Newgrounds in 2003, and later resurfaced in the form of a series of live action puppet shows released onto YouTube and PotterPuppetPals.com, starting in 2006. The central characters of the Harry Potter series are portrayed simply by puppets. The most successful Potter Puppet Pals video, The Mysterious Ticking Noise, currently has over 188 million views (as of September 2019 [update] ). [5] Cicierega has done puppetry live at Harry Potter-themed events.

Since 2003, Cicierega has released 9 full-length albums under his musical project Lemon Demon. [6] In 2005, he and animator Shawn Vulliez released a Flash animated music video "Ultimate Showdown of Ultimate Destiny" on Newgrounds. The song was later included in the 2006 album Dinosaurchestra. An updated recording of the song was released to the Rock Band Network in 2010. [7]

In April 2009, Cicierega released his first four albums as free downloads on his site "neilcic.com", however they are now currently hosted on "lemondemon.com".

In January 2016, Cicierega announced Spirit Phone, a full-length Lemon Demon album released on February 29, 2016. [8] On July 10, 2018, it was announced that copies of the album on CD, cassette tape and vinyl would be sold through Needlejuice Records, who would later distribute remastered versions of Lemon Demon's Christmas EP I Am Become Christmas, as well as Nature Tapes.

Cicierega has also created mashup music under his own name. He released two mashup albums, Mouth Sounds [9] and Mouth Silence [10] , as free downloads in 2014, and a third, Mouth Moods , in 2017. Songs used in these mashups repeatedly include Smash Mouth's "All Star", Barenaked Ladies's "One Week", or in the case of Mouth Silence, Third Eye Blind's "Semi Charmed Life".

Cicierega created the darkly satirical "Windows 95 Tips, Tricks, and Tweaks" blog, located at http://windows95tips.com. In the blog's telling, Windows 95 is a brooding, evil presence bent on dominating humanity. Most of the posts are faked error messages, with disturbing messages like "Windows needs a lock of your hair to continue," but presented in the exact graphical style of Windows 95. The blog has received favorable press attention. [11] [12] [13]

On August 8, 2015, Cicierega married illustrator Ming Doyle. They currently live in Somerville, Massachusetts. On December 31, 2018, the couple announced on Twitter that they had a daughter named Darcy in March of that year. [16] Cicierega has a younger sister named Emmy, a storyboard artist who notably worked on the Disney animated series Gravity Falls . [17] She is currently working on DuckTales . [18]

Animutation or fanimutation is a form of web-based computer animation, typically created in Adobe Flash and characterized by unpredictable montages of pop-culture images set to music, often in a language foreign to the intended viewers. It is not to be confused with manual collage animation which predates the Internet.

A mashup is a creative work, usually in a form of a song, created by blending two or more pre-recorded songs, usually by superimposing the vocal track of one song seamlessly over the instrumental track of another, increasing the tempo and pitch while adding or reducing gaps to make it flow. To the extent that such works are "transformative" of original content, in the United States they may find protection from copyright claims under the "fair use" doctrine of copyright law.

Badgers is a Flash animated meme by British animator Jonti Picking. It consists of 12 animated cartoon badgers doing calisthenics, a mushroom in front of a tree, and a snake in the desert. The Flash cartoon is accompanied by a bass line, above which a monotone voiceover sings the names of what's shown on screen.

Numa Numa is an Internet meme based on a video by American vlogger Gary Brolsma made after the song "Dragostea Din Tei" as performed by O-Zone. Brolsma's video, entitled Numa Numa Dance, was released on December 6, 2004, on the website Newgrounds.com under the username "Gman250" and shows Brolsma lip-synching the hit song with lively gesticulations and dance moves, which later got taken down by the Newgrounds moderation team in late 2016. The video title is derived from the Romanian words "nu mă nu mă" that occur in the refrain of O-Zone's song. It was the first Numa Numa-themed video to gain widespread attention. Less than three months after the release, it had been viewed more than two million times on the debut website alone. 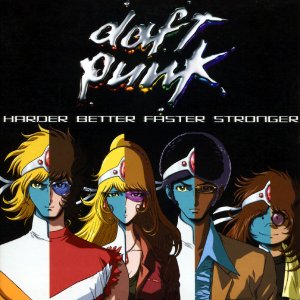 "Harder, Better, Faster, Stronger" is a song by French duo Daft Punk, released in October 2001 as the fourth single from their second studio album Discovery. A live version of "Harder, Better, Faster, Stronger" was released as a single from the album Alive 2007 on 15 October 2007. This version won a Grammy Award for Best Dance Recording in 2009. In October 2011, NME placed it at number 132 on its list "150 Best Tracks of the Past 15 Years".

Lemon Demon is a musical project and band created by American comedian and musician Neil Cicierega. Most of the project's music is performed solely by Cicierega, but is occasionally played live with a full band. Cicierega previously released instrumental music and several remixes of video game music under the moniker "Trapezoid", which was later renamed to the anagram "Deporitaz" per the request of another band named Trapezoid. Lemon Demon is best known for its song and video, "Ultimate Showdown of Ultimate Destiny".

"All Star" is a song by the American rock band Smash Mouth. It was released on May 4, 1999, as the second single from their album Astro Lounge, and it is one of the group's most successful songs, peaking at No. 4 on the US Billboard Hot 100, No. 2 in Canada and No. 4 in Australia. It was nominated for a Grammy Award for Best Pop Performance by a Duo or Group with Vocals. 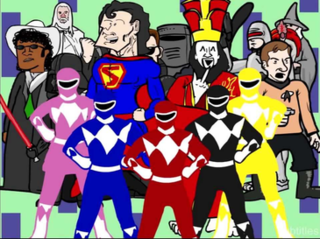 "The Ultimate Showdown of Ultimate Destiny", often shortened to "The Ultimate Showdown", is a comical song and video released on December 22, 2005. The song was written and performed by Neil Cicierega under the pseudonym "Lemon Demon", with art and Flash animation by Shawn Vulliez. 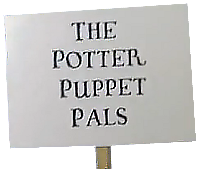 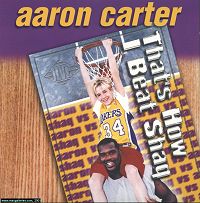 "That's How I Beat Shaq" is a single from Aaron Carter's second album, Aaron's Party . Released on February 6, 2001, the single was released with the permission of Shaquille O'Neal. The song was used in the trailer for Hey Arnold!: The Movie. 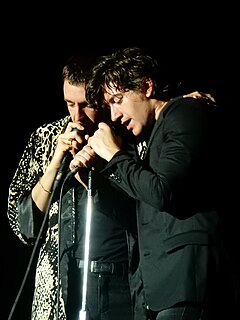 The Last Shadow Puppets are an English supergroup consisting of Alex Turner, Miles Kane, James Ford, and Zach Dawes. They are joined live by Loren Humphrey and Tyler Parkford. The band released their debut album The Age of the Understatement in 2008. Following a lengthy hiatus, they returned, releasing second album Everything You've Come to Expect in 2016. 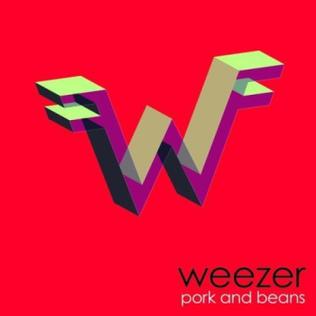 "Pork and Beans" is a song by the American alternative rock band Weezer, released on the group's 2008 self-titled album Weezer. It was released to radio on April 22, 2008 and released in digital form on April 24. The track debuted at number 19 on Billboard's Modern Rock chart, and spent eleven weeks at number one. The song charted in many countries such as Canada, Ireland, the United Kingdom, and the United States.

Arin Joseph Hanson, also known by his Internet pseudonym Egoraptor, is an American Internet personality, voice actor, rapper, singer, songwriter and former animator/cartoonist. He is well known for his Internet animations, as well as being the co-founder and co-star of the popular YouTube Let's Play webseries Game Grumps. He is also a member of the video game-based parody musical trio Starbomb. 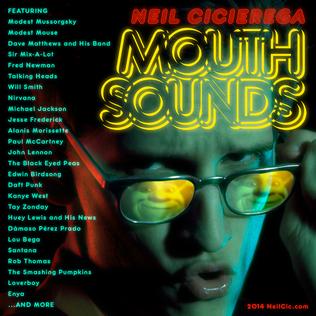 Mouth Sounds is a mashup album by American musician Neil Cicierega. The album was released independently by Cicierega on April 27, 2014. Consisting of mashups pairing Top 40 hits of the 1980s and 1990s along with Smash Mouth's "All Star", Mouth Sounds received positive reviews from music critics. It received a second installment, Mouth Silence, months later, which followed the same mashup format, and a third installment in Mouth Moods in 2017. 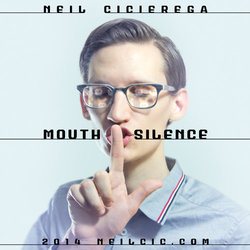 Mouth Silence is the second mashup album by American musician and comedian Neil Cicierega. Following the format of his previous release, Mouth Sounds, the album is composed of mashups and remixes of popular songs from the 1980s, 1990's, and 2000's. Unlike Mouth Sounds, which used the song "All Star" by Smash Mouth as a recurring element, no tracks on Mouth Silence explicitly reference Smash Mouth. A third installment, Mouth Moods, was released in 2017.

Max Gilardi is an American animator, voice actor, and YouTuber. He is best known for his "PONY.MOV" web series, a parody of the popular children's animated television series My Little Pony: Friendship Is Magic. 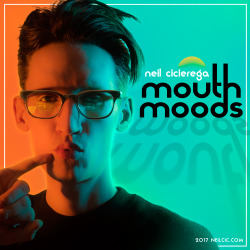 Mouth Moods is the third mashup album by American musician and comedian Neil Cicierega released in 2017. Like his previous mashup albums Mouth Sounds and Mouth Silence, its source material is primarily Top 40 hits from the late 20th and early 21st centuries. In addition to the return of samples from Smash Mouth "All Star", which were more carefully hidden in Mouth Silence, the song "One Week" by Barenaked Ladies appears as a recurring element of the album.

Christopher Edwin Niosi, also known by his alias Kirbopher, is an American animator, producer, voice actor and Internet celebrity. He is best known as the creator of the animated web series TOME: Terrain of Magical Expertise and for his roles in anime, cartoons and video games. His voice-work includes Arataka Reigen in Mob Psycho 100, Dezel in Tales of Zestiria, Khoury and others in the Pokémon series, Ernesto and others in OK K.O.! Let's Be Heroes, Pegasus in the Viz Media dub of Sailor Moon and Therion and Mattias in Octopath Traveler.

Close to the Sun may refer to: