Nevada became a state under the Nevada Constitution of 1864, vests the legislative authority of the state in a Senate and Assembly, which are designated "The Legislature of the State of Nevada". [1] The legislature has the duty to establish the number of Senators and Assembly members and the legislative districts to which they are apportioned after each decennial census, [2] [3] though the total number of legislators may not exceed 75. [4] The size of the Senate is tied to the size of the Assembly; the state constitution limits the Senate to no less than one-third and no greater than one-half of the size of the Assembly. [5]

Redistricting bills passed by the legislature after the 2010 US Census were vetoed by the governor, and the legislature was unable to override those vetoes. [6] [7] Ultimately, Nevada's legislative districts as of 2011 were established by order of a state district court. [8] Since that time, Senate districts have been formed by combining two neighboring Assembly districts.

The Legislature's first official working day is the first Monday of February following the election. Sessions of the Legislature are biennial, occurring during odd number years. The Nevada Legislature is one of only four states that have biennial sessions, the others being Montana, North Dakota, and Texas. [9] The Legislature must adjourn sine die each regular session not later than midnight Pacific Daylight Time (PDT) 120 calendar days following its commencement. Any legislative action taken after midnight PDT on the 120th calendar day is void unless it occurs during a special session convened by the Governor of Nevada. The governor is obligated to submit the proposed executive budget to the Legislature not later than 14 calendar days before the commencement of each regular session. In order to be elected as a member in either chamber of the Legislature, a person must be a U.S. citizen, at least 21 years of age, a Nevada resident for one year, and a qualified voter in their residing district.

For seven years after Nevada's admission as a U.S. state in 1864, the Nevada Legislature did not have a proper meeting place. In 1869, the Legislature passed the State Capitol Act, signed into law by Governor Henry G. Blasdel, providing $100,000 for the construction of a capitol building. Under the supervision of designer Joseph Gosling, construction began on the Italianate building in 1870. The Legislature convened in the unfinished state capitol building the following year, with construction completed by the middle of the year. The Legislature continued to meet in the state capitol until 1971, when both chambers moved to the Legislative Building constructed just south of the original capitol. The old state capitol continues to be the office of the governor and other executive branch officials. The former Assembly and Senate chambers are now museums, and available for meetings.

Sadie Hurst (1857–1952) was the first woman elected to the Nevada Legislature (R-Washoe), in 1918. [11] When the legislature met in special session on February 7, 1920 to ratify the Federal Suffrage Amendment, it was Hurst, the assemblywoman from Reno, who presented the resolution. She has the further distinction of being the first woman to preside over a state Legislature during the ratification of the Federal Suffrage Amendment. [12]

The 80th Nevada Legislature, as of 2019 [update] , is the first women-majority bicameral state legislature in U.S. history. [13] Two states have previously held a female majority in one legislative body. 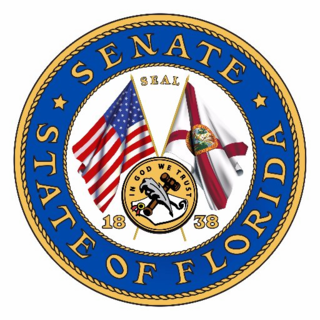