Astrid Anna Emilia Lindgren née Ericsson; 14 November 1907 – 28 January 2002) was a Swedish writer of fiction and screenplays. She is best known for several children's book series, featuring Pippi Longstocking, Emil i Lönneberga, Karlsson-on-the-Roof, and the Six Bullerby Children, and for the children's fantasy novels Mio, My Son, Ronia the Robber's Daughter, and The Brothers Lionheart. Lindgren worked on the Children's Literature Editorial Board at the Rabén & Sjögren publishing house in Stockholm and wrote more than 30 books for children. In January 2017, she was calculated to be the world's 18th most translated author, and the fourth most translated children's writer after Enid Blyton, Hans Christian Andersen and the Brothers Grimm. Lindgren has so far sold roughly 165 million books worldwide. In 1994, she was awarded the Right Livelihood Award for "her unique authorship dedicated to the rights of children and respect for their individuality." 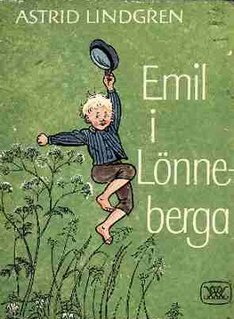 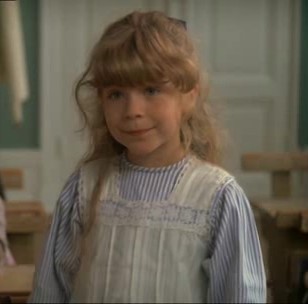 Jan Olsson may refer to:

Emil’s Mischiefs is a 1985 Latvian TV-film about the Astrid Lindgren character, Emil i Lönneberga. It was produced by Riga Film Studio.

Georg Adolf Wilhelm Årlin was a Swedish film actor who appeared in 50 films between 1940 and 1988. Born in Rödeby, a southern Sweden locality in Blekinge County's Karlskrona Municipality, Georg Årlin died in Lövestad at the age of 75.

Jan Ohlsson is a Swedish former child actor. He is well known for his role as Emil in Emil i Lönneberga, Nya hyss av Emil i Lönneberga and Emil och griseknoen. Now he works as a computer engineer.