Having served in the navy from 1812 to 1816, he studied law and was called to the bar at the Inner Temple in 1825. His work as a barrister was confined principally to peerage cases before the House of Lords, and he devoted the rest of his time to the study of genealogy and history. In 1831 he was made a knight of the Royal Guelphic Order, and in 1832 chancellor and knight-commander of the Order of St Michael and St George, being advanced to the grade of the grand cross in 1840. He became a member of the council of the Society of Antiquaries in 1826, but soon began to criticize the management of the Society's affairs, and withdrew in 1828. Nicolas was elected a member of the American Antiquarian Society in 1838. [2]

He then criticized the Record Commission, which he regarded as too expensive. These attacks, which brought him into controversy with Francis Palgrave, led in 1836 to the appointment of a select committee to inquire into the public records. Nicolas was also responsible for several reforms at the British Museum. In 1822, he married Sarah (d. 1867), daughter of John Davison of Loughton, Essex, a reputed descendant of the Tudor statesman William Davison. They had two sons and six daughters. Financial difficulties compelled Nicolas to leave England, and he died near Boulogne. Although a sharp and eager controversialist, Nicolas is said to have been a genial and generous man.

The most important of Nicolas' works is his History of the Orders of Knighthood of the British Empire; of the Order of the Guelphs; and of Medals, Clasps, &c., for Naval and Military Services (London, 1841-1842), which was the first attempt to write a general history of the British honours. [3] Among his numerous other writings are:

He edited Proceedings and Ordinances of the Privy Council of England, 1386-1542 (London, 1834–1837), and (with the help of Nelson's daughter Horatia) Dispatches and Letters of Lord Nelson (London, 1844–1846); wrote lives of Geoffrey Chaucer, [4] Robert Burns, William Cowper, William Collins, Henry Kirke White and others for Pickering's Aldine Press edition of the poets; [5] lives of Izaak Walton and Charles Cotton for an edition of The Compleat Angler illustrated by James Inskipp; [6] and several elaborate works on genealogical and kindred subjects printed for private circulation only.

Admiral William Henry SmythKFM DCL FRS FRAS FRGS FSA was a Royal Navy officer, hydrographer, astronomer and numismatist. He is noted for his involvement in the early history of a number of learned societies, for his hydrographic charts, for his astronomical work, and for a wide range of publications and translations. 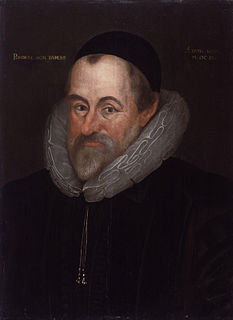 William Camden was an English antiquarian, historian, topographer, and herald, best known as author of Britannia, the first chorographical survey of the islands of Great Britain and Ireland, and the Annales, the first detailed historical account of the reign of Elizabeth I of England. 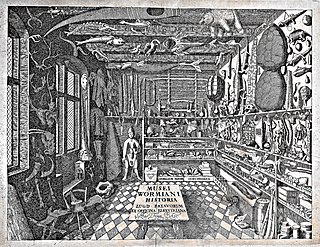 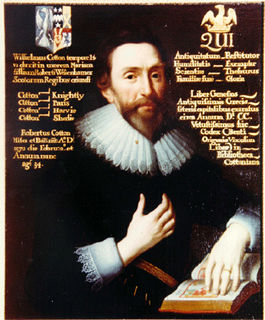 Admiral Algernon Percy, 4th Duke of Northumberland,, styled Lord Algernon Percy from birth until 1816 and known as Lord Prudhoe between 1816 and 1847, was a British naval commander, explorer and Conservative politician.

Sir James Balfour Paul was the Lord Lyon King of Arms, the officer responsible for heraldry in Scotland, from 1890 until the end of 1926.

Sir Herbert Eustace Maxwell, 7th Baronet, was a Scottish novelist, essayist, artist, antiquarian, horticulturalist and Conservative politician who sat in the House of Commons from 1880 to 1906.

Admiral Sir John Walter Tarleton was a Royal Navy officer who went on to be Second Naval Lord.

Admiral Sir Robert Smart, KCB, KH was a Royal Navy officer who went on to be Commander-in-Chief, Mediterranean Fleet.

Paul Harris Nicolas was a nineteenth-century British historian, an accomplished, if little known, water colourist, a Royal Marines officer, and a veteran of the Battle of Trafalgar. Nicolas was the author of the two volume Historical Record of the Royal Marine Forces.

Sir Nicholas Carlisle, KH, FRS, MRIA, was an English antiquary and librarian. In 1806, he became a candidate for the office of Secretary to the Society of Antiquaries, which he obtained the following year. In 1812, he became an Assistant Librarian of the Royal Library; he went on to accompany that collection to the British Museum, which he attended two days each week. He wrote several topographical dictionaries of England, Ireland, Wales and Scotland. He also wrote an historical account of Charitable Commissioners, and of Foreign Orders of Knighthood.