Nicholas Joseph Orville Liverpool (9 September 1934 – 1 June 2015) was a politician and jurist from Dominica who served as the sixth President of Dominica from 2 October 2003 to 17 September 2012.

In 1957, Liverpool entered the University of Hull and obtained an LL.B (Hons.) degree in 1960. He was called to the bar at Inner Temple in 1961. He received a Ph.D degree from University of Sheffield in 1965. [1] After returning to the Caribbean, he spent 18 years as a law lecturer at the University of the West Indies in Barbados and in 1992 became dean of its law school. He served as a regional judge and then an appeal court judge in several countries in the Caribbean including Belize and Grenada. He also served as a high court judge in Antigua and Montserrat and served on a number of tribunals and commissions for legal reform. In 2002 he was chairman of the constitutional review commission for Grenada. [2] The University of Hull awarded him a degree of Doctor of Laws in July 2011. [3]

In the same year as elected president, Liverpool was awarded the Dominica Award of Honour. Between 2002 and 2003 he also served as a Member of the UNESCO governing board. In July 2008 he agreed to serve a second term as President upon the expiration of his first term, following a joint nomination by Prime Minister Roosevelt Skerrit and Opposition Leader Earl Williams. [6]

Nicholas Liverpool died on 1 June 2015 in Miami, Florida, where he was receiving medical treatment. He was 80 years old. [7] 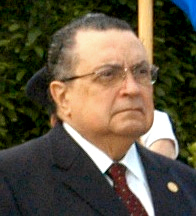 Abel Pacheco de la Espriella was president of Costa Rica between 2002 and 2006, representing the Social Christian Unity Party (Partido Unidad Social Cristiana – PUSC). He ran on a platform to continue free market reforms and to institute an austerity program, and was elected, in a second electoral round, with 58% of the vote in April 2002.

Letsie III is the King of Lesotho. He succeeded his father, Moshoeshoe II, when the latter was forced into exile in 1990. His father was briefly restored in 1995 but soon died in a car crash in early 1996, and Letsie became king again. As a constitutional monarch, most of King Letsie's duties as monarch of Lesotho are ceremonial. In 2000, he declared HIV/AIDS in Lesotho to be a natural disaster, prompting immediate national and international response to the epidemic.

Princess Elena of Romania is the second daughter of King Michael I and Queen Anne of Romania. 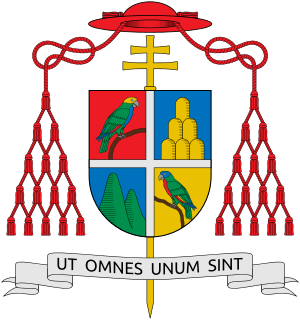 Lennox Honychurch is Dominica's most noted historian and a politician. He is well known for writing 1975's The Dominica Story, the 1980s textbook series The Caribbean People, and the 1991 travel book Dominica: Isle of Adventure. He was largely responsible for compiling the exhibit information for The Dominica Museum in Roseau. Honychurch is the grandson of writer and politician Elma Napier.

The Order of the Caribbean Community is an award given to

Graydon Nicholas is an attorney, judge, and politician who served as the appointed 30th Lieutenant Governor of New Brunswick (2009-2014). He is the first Aboriginal person to hold the office, the first to be appointed as a provincial court judge, and the first in Atlantic Canada to obtain a law degree. 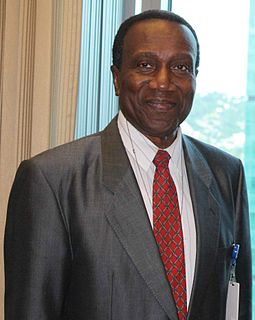 Adrian Dudley Saunders is a judge from Saint Vincent and the Grenadines. Since 2005, he has been a judge of the Caribbean Court of Justice.

Dame Cécile Ellen Fleurette La Grenade, is a Grenadian food scientist who has been serving as the Governor-General of Grenada since her swearing-in on 7 May 2013. 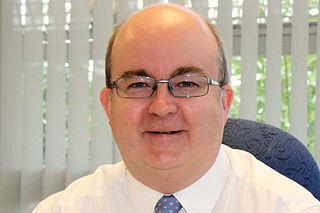 Paul Brummell is a British diplomat and travel writer.

Gillian Bristol is a diplomat from Grenada, serving as ambassador to the United States and Mexico for the small island nation. She was the first Caribbean Islander to be president of the OAS Staff Association.