Nicholas Murray Butler (April 2, 1862 – December 7, 1947) was an American philosopher, diplomat, and educator. Butler was president of Columbia University, [1] president of the Carnegie Endowment for International Peace, and a recipient of the Nobel Peace Prize. He became so well known and respected that The New York Times printed his Christmas greeting to the nation every year.

Butler, great-grandson of Morgan John Rhys, [2] was born in Elizabeth, New Jersey to Mary Butler and manufacturing worker Henry Butler. He enrolled in Columbia College (later Columbia University) and joined the Peithologian Society. He earned his bachelor of arts degree in 1882, his master's degree in 1883 and his doctorate in 1884. Butler's academic and other achievements led Theodore Roosevelt to call him "Nicholas Miraculous." In 1885, Butler studied in Paris and Berlin and became a lifelong friend of future Secretary of State Elihu Root. Through Root he also met Roosevelt and William Howard Taft. In the fall of 1885, Butler joined the staff of Columbia's philosophy department.

In 1887, he co-founded with Grace Hoadley Dodge, [3] and became president of, the New York School for the Training of Teachers, which later affiliated with Columbia University and was renamed Teachers College, Columbia University, and from which a co-educational experimental and developmental unit became Horace Mann School. [4] From 1890 to 1891, Butler was a lecturer at Johns Hopkins University in Baltimore. Throughout the 1890s Butler served on the New Jersey Board of Education and helped form the College Entrance Examination Board.

In 1901, Butler became acting president of Columbia University, and in 1902 formally became president. Among the many dignitaries in attendance at his investiture was President Roosevelt. Butler was president of Columbia for 43 years, the longest tenure in the university's history, retiring in 1945. As president, Butler carried out a major expansion of the campus, adding many new buildings, schools, and departments. These additions included Columbia-Presbyterian Medical Center, the first academic medical center in the world.

In 1919, Butler amended the admissions process to Columbia in order limit the number of Jewish and Episcopal students. Butler's policy was successful and the number of students hailing from New York City dropped from 54% to 23% stemming what one administrator called "the invasion of the Jewish student." [5] This one of the reasons why Butler has been called an Anti-Semite.

In 1937 he was admitted as an honorary member of the New York Society of the Cincinnati. [6]

In 1941, the Pulitzer Prize fiction jury selected Ernest Hemingway's For Whom the Bell Tolls . The Pulitzer Board initially agreed with that judgment, but Butler, ex officio head of the Pulitzer board, found the novel offensive and persuaded the board to reverse its determination, so that no novel received the prize that year. [7]

During his lifetime, Columbia named its philosophy library for him; after he died, its main academic library, previously known as South Hall, was rechristened Butler Library. A faculty apartment building on 119th Street and Morningside Drive was also renamed in Butler's honour, as was a major prize in philosophy.

An in-depth look at Butler's time at Columbia University also can be found in The Goose-Step: a Study of American Education, by Upton Sinclair.

Butler was a delegate to each Republican National Convention from 1888 to 1936. In 1912, when Vice President James S. Sherman died a few days before the presidential election, Butler was designated to receive the electoral votes that Sherman would have received. (The Republican ticket won only 8 electoral votes from Utah and Vermont, finishing third behind the Democrats and the Progressives.)

In 1916, Butler tried to secure the Republican presidential nomination for Elihu Root. Butler sought the nomination for himself in 1920, without success. [8]

Butler believed that Prohibition was a mistake, with negative effects on the country. He became active in the successful effort for Repeal in 1933.

He credited John W. Burgess along with Alexander Hamilton for providing the philosophical basis of his Republican principles. [9]

In June 1936 Butler traveled to the Carnegie Endowment Peace Conference in London where, at the meeting, the question of gold being used internationally was considered.

Butler was the chair of the Lake Mohonk Conference on International Arbitration that met periodically from 1907 to 1912. In this time he was appointed president of the American branch of International Conciliation. Butler was also instrumental in persuading Andrew Carnegie to provide the initial $10 million funding for the Carnegie Endowment for International Peace. Butler became head of international education and communication, founded the European branch of the Endowment headquartered in Paris, and was President of the Endowment from 1925 to 1945. For his work in this field, he received the Nobel Peace Prize for 1931 (shared with Jane Addams) "[For his promotion] of the Briand-Kellogg pact" and for his work as the "leader of the more establishment-oriented part of the American peace movement".

Butler married Susanna Edwards Schuyler (1863–1903) in 1887 and had one daughter from that marriage. Susanna was the daughter of Jacob Rutsen Schuyler (1816–1887) and Susannah Haigh Edwards (born 1830). His wife died in 1903 and he married again in 1907 to Kate La Montagne, granddaughter of New York property developer Thomas E. Davis. [14] In 1940, Butler completed his autobiography with the publication of the second volume of Across the Busy Years. [15] When Butler became almost blind in 1945 at the age of eighty-three, he resigned from the posts he held and died two years later. Butler is buried at Cedar Lawn Cemetery, in Paterson, New Jersey.

Despite Butler's accomplishments, many people regarded him as arrogant. He autocratically dismissed faculty members who displeased him, such as the great classical scholar Harry Thurston Peck, and others who dared to question his dismissals, such as the civil rights pioneer Joel Elias Spingarn. He had little respect for Columbia's fine arts faculty, and stripped them of academic affairs voting rights in 1903, accelerating his deteriorating relationship with music professor Edward MacDowell; he went so far as to accuse MacDowell of unprofessional conduct and sloppy teaching, prompting MacDowell's abrupt resignation from Columbia in February 1904. In 1939, a former student of Butler's, Rolfe Humphries, published in the pages of Poetry an effort titled "Draft Ode for a Phi Beta Kappa Occasion" that followed a classical format of unrhymed blank verse in iambic pentameter with one classical reference per line. The first letters of each line of the resulting acrostic spelled out the message: "Nicholas Murray Butler is a horses [sic] ass." Upon discovering the "hidden" message, the irate editors ran a formal apology. [16] Randolph Silliman Bourne lampooned him as "Alexander Macintosh Butcher" in "One of our Conquerers", a 1915 essay he published in The New Republic .

Butler wrote and spoke voluminously on all manner of subjects ranging from education to world peace. Although marked by erudition and great learning, his work tended toward the portentous and overblown. In The American Mercury , the critic Dorothy Dunbar Bromley referred to Butler's pronouncements as "those interminable miasmas of guff." [17]

One notable critic of Butler was Beat poet Allen Ginsberg. While attending Columbia, Ginsberg scrawled the phrases "Butler Has No Balls" and "Fuck The Jews" in the grime on his dirty dorm window in Hartley Hall. (The dorm maid reported the graffiti to College dean Herbert Hawkes, who summoned Ginsberg and told him, "I hope you realize the enormity of what you've done". This incident was among the reasons that Ginsberg was suspended from Columbia.)[ citation needed ]

Joseph Pulitzer was a newspaper publisher of the St. Louis Post-Dispatch and the New York World. He became a leading national figure in the Democratic Party and was elected congressman from New York. He crusaded against big business and corruption, and helped keep the Statue of Liberty in New York. 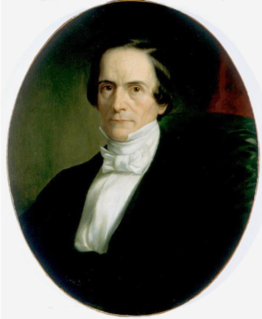 The Carnegie Endowment for International Peace (CEIP) is a foreign-policy think tank with centers in Washington D.C., Moscow, Beirut, Beijing, Brussels, and New Delhi. The organization describes itself as being dedicated to advancing cooperation between nations and promoting active international engagement by the United States. Founded in 1910 by Andrew Carnegie, its work is not formally associated with any political party of the United States. 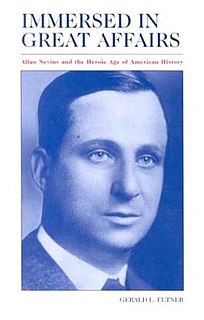 Joseph Allan Nevins was an American historian and journalist, known for his extensive work on the history of the Civil War and his biographies of such figures as Grover Cleveland, Hamilton Fish, Henry Ford, and John D. Rockefeller, as well as his public service. He was a leading exponent of business history and oral history.

Columbia College is the oldest undergraduate college of Columbia University, situated on the university's main campus in Morningside Heights in the borough of Manhattan in New York City. It was founded by the Church of England in 1754 as King's College, receiving a royal charter from King George II of Great Britain. It is the oldest institution of higher learning in the state of New York and the 5th oldest in the United States. Columbia was ranked as the 3rd best college in the United States by U.S. News and World Report after only Princeton and Harvard.

John William Burgess was a pioneering American political scientist and white supremacist. He spent most of his career at Columbia University and is regarded as having been "the most influential political scientist of the period." His work contributed to a regression of race relations.

James Thomson Shotwell was a Canadian-born American history professor. He played an instrumental role in the creation of the International Labour Organization (ILO) in 1919, as well as for his influence in promoting inclusion of a declaration of human rights in the UN Charter.

Justin Harvey Smith was an American historian and specialist on the Mexican–American War. 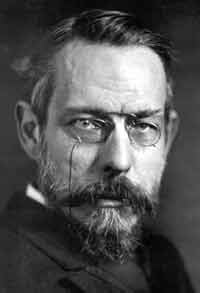 James Brander Matthews was an American writer and educator. He was the first full-time professor of dramatic literature at an American university and played a significant role in establishing theater as a subject worthy of formal study in the academic world. His interests ranged from Shakespeare, Molière, and Ibsen to French boulevard comedies, folk theater, and the new realism of his own day.

John Grier Hibben was a Presbyterian minister, a philosopher, and educator. He served as president of Princeton University from 1912–1932, succeeding Woodrow Wilson and implementing many of the reforms started by Wilson. His term as President began after the term of Acting Princeton President Stewart, who served for two years after Wilson's departure.

William Astor "Willie" Chanler was an American soldier, explorer, and politician who served as U.S. Representative from New York. He was a son of John Winthrop Chanler. After spending several years exploring East Africa, he embarked on a brief political career. Chanler regarded it as an American obligation to be on the side of the people who fought for their independence, and during his life he participated in rebellions and independence struggles in Cuba, Libya, and Somalia and provided support for insurgents in Venezuela, Turkey, and China. He maintained an active lifestyle even after losing his right leg in 1915. Late in life he became a novelist and an outspoken anti-Semite.

Frank Diehl Fackenthal was an American academic administrator best known for his long association with Columbia University. He was of Pennsylvania Dutch descent and resided for much of his life in Brooklyn, New York.

John Van Antwerp MacMurray was an American attorney, author and diplomat best known as one of the leading China experts in the U.S. government. He served as Assistant Secretary of State from November 1924 to May 1925, and was subsequently appointed Minister to China in 1925. Although MacMurray had coveted the China post, he soon fell into disagreement with the State Department over U.S. policy towards the ruling Kuomintang government. He resigned the position in 1929 and briefly left the foreign service. Following several years in academia, MacMurray returned to the State Department to become Minister to Estonia, Latvia and Lithuania from 1933 to 1936. He later served as ambassador to Turkey from 1936 to 1941, and then was made a special assistant to the Secretary of State until his retirement in 1944. 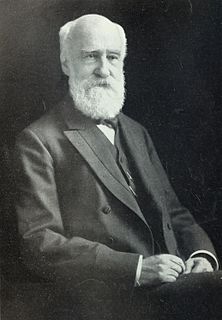 George Washburn was an American educator, president of Robert College.