Nicholas Rescher ( /ˈrɛʃər/ ; German: [ˈʁɛʃɐ] ; born 15 July 1928) is a German-American philosopher, polymath, and author, teaching at the University of Pittsburgh. He is the Chairman of the Center for Philosophy of Science and has formerly served as Chairman of the Philosophy Department. [3]

Nicholas Rescher was born in the city of Hagen in the Westphalia region of Germany. [4] In his autobiography he traces his descent to Nehemias Rescher (1735-1801), a founder of Hochberg-Remseck Jewish community in Swabian Germany. [7] He relocated to the United States when he was 10. He obtained a degree in mathematics at Queens College, New York. [8] Thereafter, he attended Princeton University, graduating with his Ph.D. in Philosophy in 1951 at the age of 22, the youngest person ever to have obtained a Ph.D. in that department. [3] [4] From 1952 to 1954, he served a term in the United States Marine Corps, following which from 1954 to 1957 he worked for the Rand Corporation's mathematics division. [8] He has taught at the University of Pittsburgh since 1961. Rescher is a cousin of the eminent orientalist Oskar Rescher.

Rescher began his career as an academic at Princeton University in 1951. [8] [9] He joined the philosophy department at the University of Pittsburgh in 1961, becoming the first associate director of its new Center for Philosophy of Science the following year. [10] In 1964, he founded the American Philosophical Quarterly. [11] From 1980 to 1981, Rescher served as the chairman of the philosophy department. [8] In July 1988, Rescher changed roles at the Center for Philosophy of Science, resigning as its director and becoming its chairman. [12] In 2010, he donated his philosophy collection to the Hillman Library. [8]

An honorary member of Corpus Christi College, Oxford, he has been elected to membership in the American Academy of Arts and Sciences, the Royal Asiatic Society of Great Britain, the Academia Europaea, the Royal Society of Canada, and the Institut International de Philosophie, among others. [3]

Rescher is a prolific writer, with over 100 books and 400 articles, generating the jest that Rescher is not a single person, but a committee sharing the name. [4] [5] [13] Philosopher Michele Marsonet, who has published extensively on Rescher's philosophy, writes that his prolific publication is in itself the most common objection against Rescher, adding "it is, indeed, a leitmotiv of all those unwilling to discuss his ideas". [13] Rescher has described his own approach to philosophy as synthesizing the idealism of Germany and Great Britain with the pragmatism of the U.S. [14]

His work envisions a dialectical tension between our synoptic aspirations for useful knowledge and our human limitations as finite inquirers. The elaboration of this project represents a many-sided approach to fundamental philosophical issues that weaves together threads of thought from the philosophy of science, and from continental idealism and American pragmatism.

In the mid and late 1960s, his studies were focused on medieval Arabic logic, but he soon broadened his areas of inquiry in metaphysics and epistemology, moving towards the methodological pragmatism he would define. [15] In the 1970s, he began working more extensively with American pragmatism with a focus on the writings of C. S. Peirce, who was to number among his major influences. [16] In 1966, Rescher collaborated with Herbert A. Simon on a ground-breaking paper on the theory of causality. [17]

He has contributed to futuristics, and with Olaf Helmer and Norman Dalkey, invented the Delphi method of forecasting. [3] A lifelong aficionado of the philosophy of G. W. Leibniz, Rescher has been instrumental in the reconstruction of Leibniz's machina deciphratoria, an ancestor of the famous Enigma cipher machine. Rescher is also responsible for two further items of historical rediscovery and reconstruction: the model of cosmic evolution in Anaximander, [18] and the medieval Islamic theory of modal syllogistic. [19]

Rescher has been honored many times for his work. In 1984, he received the Humboldt Prize for Humanistic Scholarship. [4] In 2005, he received the Cardinal Mercier Prize, and in 2007 the American Catholic Philosophical Society's Aquinas Medal. In 2011, his contributions as a German-American to philosophy were recognized with the premier cross of the Order of Merit of the Federal Republic of Germany, the Founder's Medal of the American Metaphysical Society (2016), and the Helmholtz Medal of the German Academy of Sciences Berlin-Brandenburg. [3] He holds eight honorary degrees. Having held visiting lectureships at Oxford, Konstanz, Salamanca, Munich, and Marburg, he has been awarded fellowships by the Ford, Guggenheim, and National Science Foundations. [3]

The Nicholas Rescher Prize and Medal

In 2010, the University of Pittsburgh created the Dr. Nicholas Rescher Fund for the Advancement of the Department of Philosophy which bestows the Nicholas Rescher Prize for Contributions to Systematic Philosophy. [8] The first recipient of the prize was Rescher's former student, Ernest Sosa. As of 2012, the prize included a gold medal and $25,000, subsequently raised to $30,000. Later awardees include Alvin Plantinga, Juergen Mittelstrass, Hilary Putnam, and Ruth Millikan. [20] When the American Philosophical Association inaugurated its own Rescher Prize for Systematic Philosophy in 2018, the University of Pittsburgh redesignated its award as the Rescher Medal.

For a more complete list of publications (books) from 1960–2016, see the Chronological List of Books by Nicholas Rescher.

In philosophy, empiricism is a theory that states that knowledge comes only or primarily from sensory experience. It is one of several views of epistemology, along with rationalism and skepticism. Empiricism emphasizes the role of empirical evidence in the formation of ideas, rather than innate ideas or traditions. Recently, there have been increased efforts to advocate added empiricism in non-scientific and social science studies, especially as such studies relate to health law, public health law, etc. However, empiricists may argue that traditions arise due to relations of previous sense experiences. 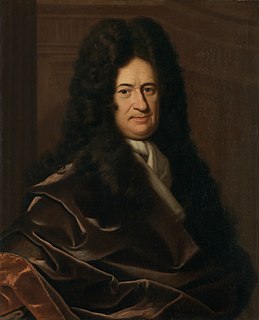 Gottfried Wilhelm (von) Leibniz was a prominent German polymath and one of the most important logicians, mathematicians and natural philosophers of the Enlightenment. As a representative of the seventeenth-century tradition of rationalism, Leibniz developed, as his most prominent accomplishment, the ideas of differential and integral calculus, independently of Isaac Newton's contemporaneous developments. Mathematical works have consistently favored Leibniz's notation as the conventional expression of calculus. It was only in the 20th century that Leibniz's law of continuity and transcendental law of homogeneity found mathematical implementation. He became one of the most prolific inventors in the field of mechanical calculators. While working on adding automatic multiplication and division to Pascal's calculator, he was the first to describe a pinwheel calculator in 1685 and invented the Leibniz wheel, used in the arithmometer, the first mass-produced mechanical calculator. He also refined the binary number system, which is the foundation of nearly all digital computers, including "the von Neumann mchine", which is the standard design paradigm, or "computer architecture", followed from the second half of the 20th Century, and into the 21st.

Wilfrid Stalker Sellars was an American philosopher and prominent developer of critical realism, who "revolutionized both the content and the method of philosophy in the United States". 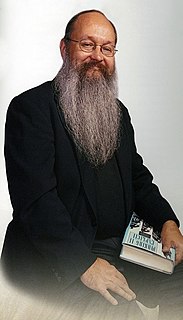 Nuel D. Belnap Jr. is an American logician and philosopher who has made contributions to the philosophy of logic, temporal logic, and structural proof theory. He taught at the University of Pittsburgh from 1963 until his retirement in 2011. 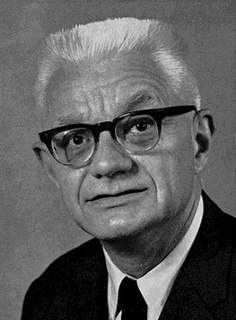 Carl Gustav "Peter" Hempel was a German writer and philosopher. He was a major figure in logical empiricism, a 20th-century movement in the philosophy of science. He is especially well known for his articulation of the deductive-nomological model of scientific explanation, which was considered the "standard model" of scientific explanation during the 1950s and 1960s. He is also known for the raven paradox.

Robert C. Stalnaker is an American philosopher who is Laurence S. Rockefeller Professor of philosophy at the Massachusetts Institute of Technology. He is a Fellow of the American Academy of Arts and Sciences and a Corresponding Fellow of the British Academy.

Adolf Grünbaum was a German-American philosopher of science and a critic of psychoanalysis, as well as Karl Popper's philosophy of science. He was the first Andrew Mellon Professor of Philosophy at the University of Pittsburgh from 1960 until his death, and also served as Co-Chairman of its Center for Philosophy of Science, Research Professor of Psychiatry, and Primary Research Professor in the Department of History and Philosophy of Science. His works include Philosophical Problems of Space and Time (1963), The Foundations of Psychoanalysis (1984), and Validation in the Clinical Theory of Psychoanalysis (1993).

Martha Kneale was a British philosopher.

Alexander Robert Pruss is a Canadian mathematician, philosopher, Professor of Philosophy and the Co-Director of Graduate Studies in Philosophy at Baylor University in Waco, Texas.