Nickel–Strunz classification is a scheme for categorizing minerals based upon their chemical composition, introduced by German mineralogist Karl Hugo Strunz (24 February 1910 – 19 April 2006) in his Mineralogische Tabellen (1941). [1] The 4th and the 5th edition was also edited by Christel Tennyson (1966). It was followed by A.S. Povarennykh with a modified classification (1966 in Russian, 1972 in English).

As curator of the Mineralogical Museum of Friedrich-Wilhelms-Universität (now known as the Humboldt University of Berlin), Strunz had been tasked with sorting the museum's geological collection according to crystal-chemical properties. [1] His book Mineralogical Tables, has been through a number of modifications; the most recent edition, published in 2001, is the ninth (Mineralogical Tables by Hugo Strunz and Ernest H. Nickel (31 August 1925 – 18 July 2009)). [2] [3] James A. Ferraiolo was responsible for it at Mindat.org. [4] The IMA/CNMNC supports the Nickel–Strunz database. [5]

The current scheme divides minerals into ten classes, which are further divided into divisions, families and groups according to chemical composition and crystal structure. [4]

In geology and mineralogy, a mineral or mineral species is, broadly speaking, a solid chemical compound with a fairly well-defined chemical composition and a specific crystal structure, that occurs naturally in pure form.. 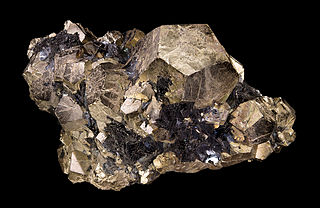 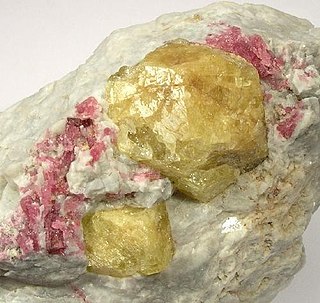 The borate minerals are minerals which contain a borate anion group. The borate (BO3) units may be polymerised similar to the SiO4 unit of the silicate mineral class. This results in B2O5, B3O6, B2O4 anions as well as more complex structures which include hydroxide or halogen anions. The [B(O,OH)4]− anion exists as well. 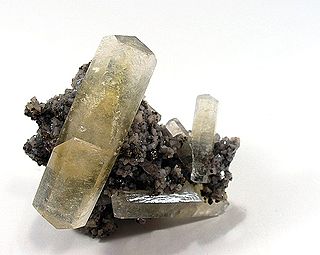 Carbonate minerals are those minerals containing the carbonate ion, CO32−.

Sulfosalt minerals are those complex sulfide minerals with the general formula: AmBnSp; where A represents a metal such as copper, lead, silver, iron, and rarely mercury, zinc, vanadium; B usually represents semi-metal such as arsenic, antimony, bismuth, and rarely germanium, or metals like tin and rarely vanadium; and S is sulfur or rarely selenium or/and tellurium. The Strunz classification includes the sulfosalts in a sulfides and sulfosalts superclass. A group which have a similar appearing formulas are the sulfarsenides. In sulfarsenides the arsenic substitutes for sulfur whereas in the sulfosalts the arsenic substitutes for a metal cation.

Arsenate minerals usually refer to the naturally occurring orthoarsenates, possessing the (AsO4)3− anion group and, more rarely, other arsenates with anions like AsO3(OH)2− (also written HAsO42−) (example: pharmacolite Ca(AsO3OH).2H2O) or (very rarely) [AsO2(OH)2]− (example: andyrobertsite). Arsenite minerals are much less common. Both the Dana and the Strunz mineral classifications place the arsenates in with the phosphate minerals. 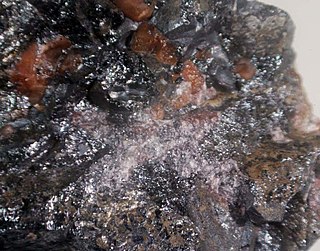 The rare mineral adelite, is a calcium, magnesium, arsenate with chemical formula CaMgAsO4OH. It forms a solid solution series with the vanadium-bearing mineral gottlobite. Various transition metals substitute for magnesium and lead replaces calcium leading to a variety of similar minerals in the adelite - duftite group. 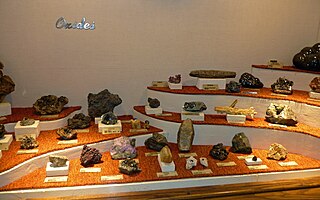 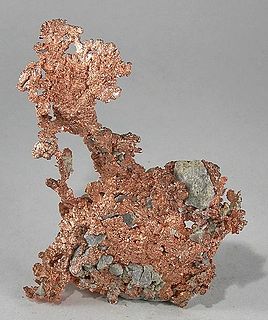 Georgius Agricola is considered the 'father of mineralogy'. Nicolas Steno founded the stratigraphy, the geology characterizes the rocks in each layer and the mineralogy characterizes the minerals in each rock. The chemical elements were discovered in identified minerals and with the help of the identified elements the mineral crystal structure could be described. One milestone was the discovery of the geometrical law of crystallization by René Just Haüy, a further development of the work by Nicolas Steno and Jean-Baptiste L. Romé de l'Isle. Important contributions came from some Saxon "Bergraths"/ Freiberg Mining Academy: Johann F. Henckel, Abraham Gottlob Werner and his students. Other milestones were the notion that metals are elements too and the periodic table of the elements by Dmitri Ivanovich Mendeleev. The overview of the organic bonds by Kekulé was necessary to understand the silicates, first refinements described by Bragg and Machatschki; and it was only possibly to understand a crystal structure with Dalton's atomic theory, the notion of atomic orbital and Goldschmidt's explanations. Specific gravity, streak and X-ray powder diffraction are quite specific for a Nickel-Strunz identifier. Nowadays, non-destructive electron microprobe analysis is used to get the empirical formula of a mineral. Finally, the International Zeolite Association (IZA) took care of the zeolite frameworks.