Nicolas Viton de Saint-Allais (1773 – 1842) was a French genealogist and littérateur.

François Clement was a French historian and member of the Benedictine Congregation of St. Maur.

Louis des Balbes de Berton de Crillon, 1st Duke of Mahón, 2nd Duke of Crillon was a Franco-Spanish military officer who reached the rank of Captain general of the Army. He became a soldier at the age of 16 and served with distinction in the French army before transferring to the army of Spain, which was allied with France for much of the 18th century. A member of a distinguished military family, he was widely admired for his personal courage, courtesy and chivalry. By the end of his life he had risen to the highest military rank in Spain and it was said that he had served in 68 engagements.

The Capture of Fort-Dauphin was a bloodless encounter of the French Revolutionary Wars on which a Spanish expedition under Gabriel de Aristizábal seized Fort-Liberté, then named Fort-Dauphin, from Revolutionary France. The French colonial garrisons, consisting of over a thousand men, surrendered without firing a single shot.

Armand Jean d'Allonville was a French nobleman from an old family in Beauce. He was nicknamed le balafré and served as maréchal des Camps et des armées du Roi, commander of the exiled Les Gentilshommes de la province de Champagne, then those of Brittany and the régiment d'Allonville. 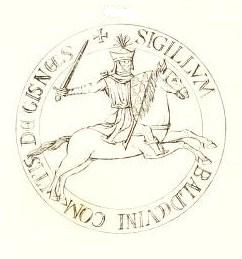 Allais is a French surname. Notable people with the surname include:

The du Quenoy family is a French noble house of medieval and chivalric lineage. Its origins are in Normandy. The family was first mentioned in a Papal Bull issued by Pope Alexander III, dated May 17, 1181, to acknowledge its endowment of the Priory of Saint-Lô du Bourgachard. Initially seigneurs and chevaliers, the family was raised to a barony by King Louis XIII in August 1636. The family produced generations of feudal lords, army officers, and numerous knights of royal orders. A cadet branch of the family, now extinct, was elevated to the rank of marquis in July 1714.

Revocation of nobility is the removal of the noble status of a person.

Dominique-André Chambarlhac was a military engineer of the French Army during the French Revolutionary Wars and the Napoleonic Wars. Born in Arraye-sur-Seille (Lorraine), he belonged to a family of native nobility of Vivarais.

Jean-Baptiste-Pierre Jullien de Courcelles was a French historian and genealogist. He was born in Orléans and died at Saint-Brieuc, now in the Côtes d'Armor département of Brittany. He published several historical and genealogical works, and was a correspondent of the Société académique d'Orléans. He was chief administrator of the charitable Asile Royal de la Providence in Paris, president of the hospices of Orléans, and a knight of the Papal Order of the Golden Spur.

Events from the year 1773 in France

Jean-Vincent de Tulle, died in December 1668 in Paris, was a French prelate of the 17th century.

Edmond Rochefort, full name Claude-Louis-Marie de Rochefort-Luçay, was a French writer, dramatist, vaudevillist and songs writer. His only play that was met with some success is Jocko ou le Singe du Brésil, presented at the Théâtre du Vaudeville in Paris.

Aimar or Aymar Hennequin was a French cleric and bishop.

Charles I de Montmorency was a 14th-century French noble. 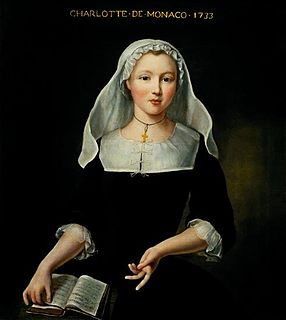