Fisher, son of naval officer Sir Thomas Fisher, was educated at Eton College and Trinity College, Cambridge. He was in the Welsh Guards of the British Army during World War II, serving as a major in north west Europe. He was awarded the Military Cross on the field in 1945. He became a partner in a London firm of surveyors.

Fisher contested Chislehurst in 1945. He was Member of Parliament for Hitchin from 1950 to 1955, and for Surbiton from 1955 to 1983 - preceding Richard Tracey. He was parliamentary private secretary to Gwilym Lloyd George from 1951 and a junior minister for the Colonies from 1962 to 1963, and for Commonwealth Relations and the Colonies from 1963 to 1964.

Fisher wrote in 1973 the first biography of his close friend, the Tory statesman, Iain Macleod. Like Macleod, Fisher was on the liberal wing of the Tory party, opposing capital punishment and supporting homosexual law reform. He was one of two Conservative MPs who refused to vote for the Commonwealth Immigrants Act 1962 and one of fifteen who voted against the Commonwealth Immigrants Act 1968. [1] 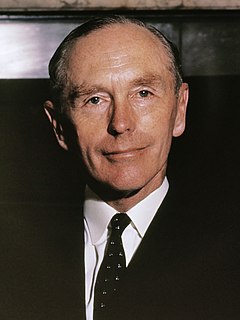 Alexander Frederick Douglas-Home, Baron Home of the Hirsel, was a British Conservative politician who served as Prime Minister of the United Kingdom from October 1963 to October 1964. He was the last prime minister to hold office while a member of the House of Lords, before disclaiming his peerage and taking up a seat in the House of Commons for the remainder of his premiership. His reputation, however, rests more on his two periods serving as Britain's foreign minister than on his brief premiership. 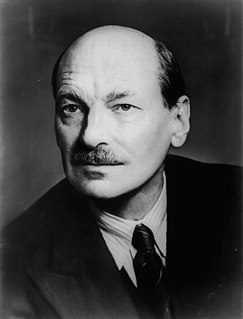 Andrew Matthew William Faulds was a British actor and Labour Party politician. After a successful acting career on stage, on radio and in films, he was a Member of Parliament from 1966 to 1997.

David Lockhart-Mure Renton, Baron Renton, was a British politician who served for over 60 years in Parliament, 34 in the House of Commons and then 28 in the House of Lords.

Henry Brooke, Baron Brooke of Cumnor was a British Conservative Party politician who served as Chief Secretary to the Treasury and Paymaster-General from 1961–62 and — following the "Night of the Long Knives" — as Home Secretary from 1962–64.

Wolverhampton South West is a constituency created in 1950 represented in the House of Commons of the UK Parliament since 2019 by Stuart Anderson of the Conservative Party. 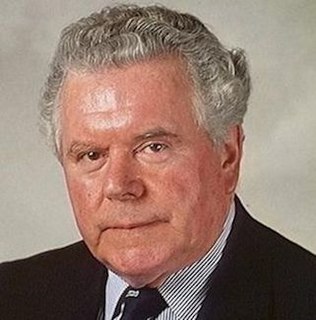 Sir Dudley Gordon Smith was a British Conservative politician who served as a junior minister under Edward Heath. He was a Member of Parliament for a total of 35 years, latterly for Warwick and Leamington, which he represented for almost 30 years before he lost his seat in the Labour landslide in the 1997 general election.

Sir Edward Lucas Gardner, QC was a barrister and British Conservative Party politician. Upon his death, The Guardian referred to him as 'the last of the pre-war-style Conservative QC-MPs'. 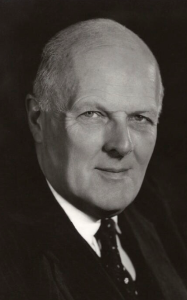 Sir Cyril Wilson Black was a British Conservative politician. He was Member of Parliament (MP) for Wimbledon from 1950 to his retirement at the 1970 general election. He became known for resisting liberalisation of laws on divorce, homosexuality, alcohol licensing and gambling, and his support of the Baptist church and his considerable business empire.

The Commonwealth Immigrants Act 1968 was an Act of the Parliament of the United Kingdom.

The February 1974 Dissolution Honours List was issued on 2 April 1974 following the dissolution of the United Kingdom parliament in preparation for a general election.

The 1964 Dissolution Honours were officially announced on 27 November 1964 and marked the dissolution of parliament following the 1964 General Election.