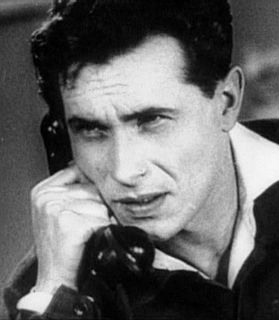 Mark Naumovich Bernes was a Soviet actor and singer of Jewish ancestry, who performed some of the most poignant songs to come out of World War II, including "Dark Night" and "Cranes". His voice had some similarities to Bing Crosby, but his style was closer to French chansonniers such as Yves Montand. 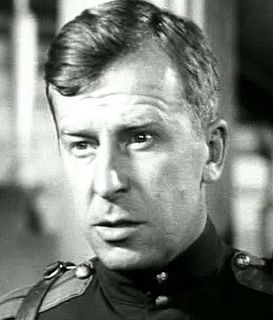 Sergey Alexandrovich Martinson was a Russian eccentric comic actor, the master of pantomime, buffoonery and grotesque. He became People's Artist of the RSFSR in 1964. 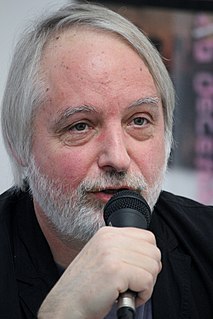 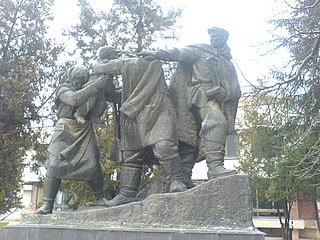 The Bulgarian Resistance was part of the anti-Axis resistance during World War II. It consisted of armed and unarmed actions of resistance groups against the Wehrmacht forces in Bulgaria and the Tsardom of Bulgaria authorities. It was mainly communist and pro-Soviet Union. Participants in the armed resistance were called partizanin and yatak.

Leonid Davydovich Lukov was a Soviet film director and screenwriter. He directed 25 films between 1930 and 1963. Leonid Lukov was named People's Artist of the RSFSR in 1957 and awarded the Stalin Prize twice: in 1941 and 1952. He died in Leningrad.

Aleksandr Yefimovich Razumny was a Russian and Soviet film director and screenwriter. He was a graduate of the Grekov Odessa Art school in 1914.

Dark is the Night is a famous Soviet song associated with the Great Patriotic War. It was originally performed by Mark Bernes in the 1943 war film Two Soldiers. 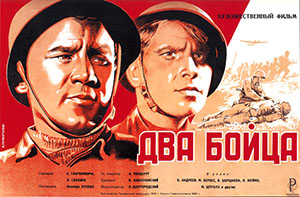 Two Soldiers or Two Warriors is a 1943 war film made in Tashkent at the height of the Great Patriotic War. The film stars Boris Andreyev and Mark Bernes as two war buddies. The "beautiful" film was directed by Leonid Lukov. 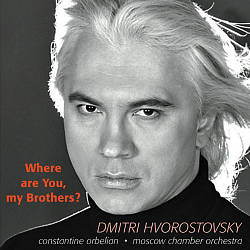 Where are You, my Brothers? is a 2003 album of Russian-language songs from World War II recorded by baritone Dmitry Hvorostovsky and conductor Constantine Orbelian for Delos Productions. The album was released in Russia as Songs of the War Years. It was based on a concert at the Kremlin Palace in Moscow. A video of the concert and 13 of the songs was released on the American VAI label. The repertoire of the concert is the very core of the Russian war song genre and the sound and video releases were accompanied by booklet essays and sung texts and translations.

Nikita Arkadievich Boriso-Glebsky is a Russian violinist, soloist of the Moscow Philharmonic Society, and winner of international music contests. He represented Russia at the Eurovision Young Musicians 2002, failing to qualify for the final which took place on 19 June 2002, in Berlin, Germany.

Konstantin Yakovlevich Vanshenkin was a Soviet poet and lyricist from Moscow.

Alexander Sergeyevich Lenkov was a Soviet-Russian film, stage and voice actor. He is probably best known for his voice acting in animated films and dubbing the foreign movies to Russian. He is the Russian voice of Mundungus Fletcher in Harry Potter and the Deathly Hallows - Part 1 (2010). 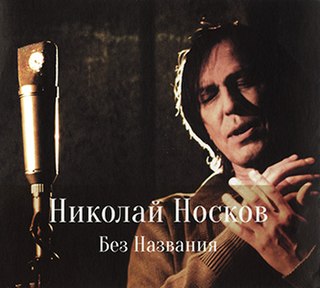 Bez nazvaniya is the sixth studio album of Russian rock musician Nikolai Noskov, released in 2012. There are 6 tracks on the disc. The licensed version of the album was sold only at his concerts.

Vitaliy Alekseevich Shishakov, was a Russian popularizer of scientific knowledge, journalist, candidate of pedagogical sciences, and an honorary member of the All-Union Astronomical and Geodetic Society (1965).