Nina Bari was born in Russia on 19 November 1901, the daughter of Olga and Karl Adolfovich Bari, a physician. In 1918, she became one of the first women to be accepted to the Department of Physics and Mathematics at the prestigious Moscow State University. She graduated in 1921—just three years after entering the university. After graduation, Bari began her teaching career. She lectured at the Moscow Forestry Institute, the Moscow Polytechnic Institute, and the Sverdlov Communist Institute. Bari applied for and received the only paid research fellowship awarded by the newly created Research Institute of Mathematics and Mechanics. As a student, Bari was drawn to an elite group nicknamed the Luzitania—an informal academic and social organization. She studied trigonometric series and functions under the tutelage of Nikolai Luzin, becoming one of his star students. [1] [2] She presented the main result of her research to the Moscow Mathematical Society in 1922—the first woman to address the society. [3]

In 1926, Bari completed her doctoral work on the topic of trigonometric expansions, [2] [4] winning the Glavnauk Prize for her thesis work. [1] [2] In 1927, Bari took advantage of an opportunity to study in Paris at the Sorbonne and the College de France. She then attended the Polish Mathematical Congress in Lwów, Poland; a Rockefeller grant enabled her to return to Paris to continue her studies. Bari's decision to travel may have been influenced by the disintegration of the Luzitanians. Luzin's irascible, demanding personality had alienated many of the mathematicians who had gathered around him. By 1930, all traces of the Luzitania movement had vanished, and Luzin left Moscow State for the Academy of Science's Steklov Institute of Mathematics. In 1932, she became a professor at Moscow State University and in 1935 was awarded the title of Doctor of Physical and Mathematical Sciences, a more prestigious research degree than traditional Ph.D. [2] By this time, she had completed foundational work on trigonometric series. [1] [2]

She was a close collaborator with Dmitrii Menshov on a number of research projects. [2] She and Menshov took charge of function theory work at Moscow State during the 1940s. In 1952, she published an important piece on primitive functions, and trigonometric series and their almost everywhere convergence. Bari also posted works at the 1956 Third All-Union Congress in Moscow and the 1958 International Congress of Mathematicians in Edinburgh. [3]

Mathematics was the center of Bari's intellectual life, but she enjoyed literature and the arts. She was also a mountain hiking enthusiast and tackled the Caucasus, Altai, Pamir and Tian Shan mountain ranges in Russia. Bari's interest in mountain hiking was inspired by her husband, Viktor Vladimirovich Nemytskii, a Soviet mathematician, Moscow State professor and an avid mountain explorer. There is no documentation of their marriage available, but contemporaries believe the two married later in life. Bari's last work—her 55th publication—was a 900-page monograph on the state of the art of trigonometric series theory, which is recognized as a standard reference work for those specializing in function and trigonometric series theory. [3]

On 15 July 1961, Bari committed suicide by jumping in front of an oncoming train in Moscow. [2] 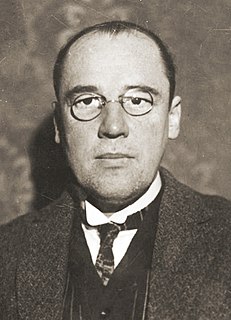 Wacław Franciszek Sierpiński was a Polish mathematician. He was known for contributions to set theory, number theory, theory of functions and topology. He published over 700 papers and 50 books.

Nikolai Nikolaevich Luzin was a Soviet/Russian mathematician known for his work in descriptive set theory and aspects of mathematical analysis with strong connections to point-set topology. He was the eponym of Luzitania, a loose group of young Moscow mathematicians of the first half of the 1920s. They adopted his set-theoretic orientation, and went on to apply it in other areas of mathematics. 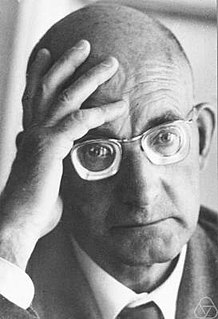 In mathematics, a set of uniqueness is a concept relevant to trigonometric expansions which are not necessarily Fourier series. Their study is a relatively pure branch of harmonic analysis. 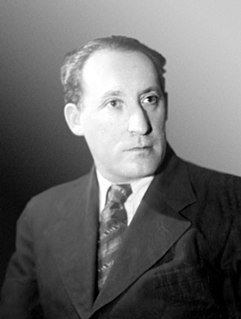 Lazar Aronovich Lyusternik was a Soviet mathematician. He is famous for his work in topology and differential geometry, to which he applied the variational principle. Using the theory he introduced, together with Lev Schnirelmann, he proved the theorem of the three geodesics, a conjecture by Henri Poincaré that every convex body in 3-dimensions has at least three simple closed geodesics. The ellipsoid with distinct but nearly equal axis is the critical case with exactly three closed geodesics.

Dmitrii Evgenevich Menshov was a Russian mathematician known for his contributions to the theory of trigonometric series.

Ivan Ivanovich Privalov was a Russian mathematician best known for his work on analytic functions.

Sergey Borisovich Stechkin was a prominent Soviet mathematician who worked in theory of functions and number theory.

Sergey Vsevolodovich Yablonsky was a Soviet and Russian mathematician, one of the founders of the Soviet school of mathematical cybernetics and discrete mathematics. He is the author of a number of classic results on synthesis, reliability, and classification of control systems, the term used in the USSR and Russia for a generalization of finite state automata, Boolean circuits and multi-valued logic circuits.

August Yulevich Davidov was a Russian mathematician and engineer, professor at Moscow University, and author of works on differential equations with partial derivatives, definite integrals, and the application of probability theory to statistics, and textbooks on elementary mathematics which were repeatedly reprinted from the 1860s to the 1920s. He was president of the Moscow Mathematical Society from 1866 to 1885.

Pyotr Lavrentyevich Ulyanov was a Russian mathematician working on analysis.

Lyudmila Keldysh (1904-1976) was a Russian mathematician known for set theory and geometric topology.

Aleksei Georgievich Postnikov was a Russian mathematician, who worked on analytic number theory. He is known for the Postnikov character formula, which expresses the value of a Dirichlet character by means of a trigonometric function of a polynomial with rational coefficients.

Andrey Aleksandrovich Gonchar, was a Soviet and Russian mathematician, specializing in analysis.

Mark Iosifovich Graev was a Russian mathematician. He is known as one of the namesakes in the Gelfand–Graev representation.

SergeiViktorovich Bochkarev is a Soviet and Russian mathematician.