Nippon Life Insurance Company (日本生命保険相互会社, Nihon Seimei Hoken Sōgo-gaisha), also known as Nissay (ニッセイ, Nissei) or Nihon Seimei (日本生命) is the largest Japanese life insurance company by revenue. The company was founded in 1889 as the Nippon Life Assurance Co., Inc. In structure it is a mutual company. It first paid policyholder dividends in 1898. [2] [3]

Japan Highway Public Corporation, or JH, was a public company established after World War II to construct and manage highway networks in Japan, founded in 1956.

Sony Life Insurance Co., Ltd. is a Japanese insurance company, founded in 1979 and headquartered in Tokyo.

Asahi Mutual Life Insurance Company is a Japanese insurance company, headquartered in Tokyo. The company was founded in 1888 and is, today, one of the oldest and largest insurers in Japan.

Sumitomo Life Insurance Company is a mutual life insurance company in Japan, founded in 1907 and headquartered in Osaka.

The Rakuten Seimei Park Miyagi is a stadium in Sendai, Japan. It is primarily used for baseball as the home field of the Tohoku Rakuten Golden Eagles. It opened in 1950. In order to modernize the facility for the Golden Eagles' first season (2005), seating was reduced from approximately 28,600 to about 20,000, as more-spacious seating was installed. For the 2006 season, about 3,000 seats were added, increasing capacity to about 23,000.

Terushichi Hirai was one of the most prominent Japanese photographers in the first half of the 20th century in Japan.

The Central Nippon Expressway Company Limited, abbreviated as NEXCO Central, is one of the main operators of expressways and toll roads in Japan. It is headquartered in Nagoya, Aichi Prefecture. 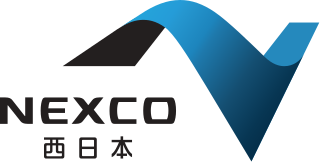 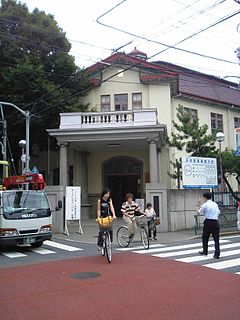 Nippon Veterinary and Life Science University, NVLU in short, is a private university in Musashino, Tokyo, Japan. The predecessor of the school was founded 1881, and it was chartered as a university in 1949. Since 1952 NVLU has been merged into the Nippon Medical School, although they maintain separate identities for the medical and veterinary schools.

The Animated Classics of Japanese Literature is an anime television series which aired on NTV in Japan for 32 episodes from 25 April to 26 December 1986 in the 7–7:30 pm time slot. The series was unusual in that each episode was a stand-alone story based on popular and well known modern Japanese stories. The series was sponsored by Sumitomo Life Insurance. 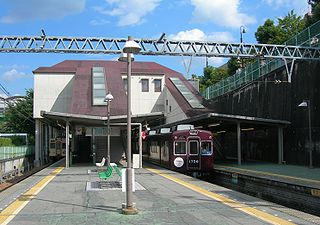 Link Inc. was a regional airline startup headquartered on the fifth floor of the Fukuoka Gion Daiichi Seimei Building in Hakata-ku, Fukuoka, Japan, which planned to serve Fukuoka Airport, Kitakyushu Airport, Matsuyama Airport and Miyazaki Airport. It filed for bankruptcy liquidation on January 2014 after failing to raise adequate capital for its operations, with 900 million yen of reported debt to around eighty creditors.

Nihon Tarento Meikan is a Japanese illustrated annual directory of Japanese entertainers, or tarentos, issued by VIP Times Inc. that was first published in 1970. The directory's company established on 1969 and its current representative director is Mutsuko Igusa.

Interleague play, officially titled Nippon Life Interleague Play for event sponsor Nippon Life, is an event consisting of 108 regular-season baseball games played between Central League (CL) and Pacific League (PL) teams in Nippon Professional Baseball (NPB). Prior to 2005, matchups between CL and PL teams occurred only during spring training, the All-Star Series, a short-lived exhibition tournament called the Suntory Cup, and the Japan Series. Central League teams were reluctant to implement regular-season interleague play as it would reduce the money generated from games played against the Yomiuri Giants, the hugely popular CL team that generates the most money in Japanese baseball. However, during the 2004 NPB realignment, the merger of two PL teams that were struggling financially, the rumor of a second PL team merger, and talks of contracting and restructuring the two-league system into one ten-team league prompted the suggestion of interleague play as a possible solution. Team representatives eventually approved one merger, agreed to maintain the two-league system, and approved to hold interleague regular-season games during the 2005 season.