Yawata Steel S.C. was founded in 1950 as the works team of the Yawata Steel company, which in 1970 merged with Fuji Steel to become Nippon Steel. During the 1960s the club provided the Japan national football team with many quality players which strengthened the squad for the 1964 and 1968 Olympic tournaments.

Yawata Steel was one of the original eight clubs that founded the Japan Soccer League in 1965, and building on its Emperor's Cup win, it was runner-up to Toyo Industries (now Sanfrecce Hiroshima) in 1965 and 1966. In 1981, however, after an uneventful decade in which the club did not win any honours nor was in danger of relegation, Nippon Steel was relegated to Division 2 and never played top flight football again. In 1990 they were relegated yet again, this time leaving the JSL for good after 26 seasons. They thus joined the Kyushu Football League. The 1999 season was the last with Nippon Steel Yawata in the Kyushu league.

In 2007, New Wave Kitakyushu, formerly part of Mitsubishi Chemical, assumed the mantle of representative of Kitakyushu in the national football leagues by earning promotion to the Japan Football League. 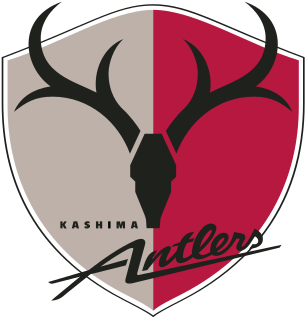 Kashiwa Reysol are a Japanese professional football club based in Kashiwa, Chiba, part of the Greater Tokyo Area. The club currently plays in the J1 League, which is the top tier of football in the country.

JEF United Chiba, full name JEF United Ichihara Chiba and also known as JEF Chiba, is a Japanese professional football club that plays in the J2 League. On 1 February 2005, the club changed its name from JEF United Ichihara to the current name after Chiba city had joined Ichihara, Chiba as its hometown in 2003. Of its club name, JEF is taken from the JR East and Furukawa Electric companies and United is meant to represent the unity of the team and its home city.

Yokohama Flügels was a Japanese football club that played in the J.League between 1993 and 1998. In 1999 the club was officially merged with local rivals Yokohama Marinos and the two teams became known together as Yokohama F. Marinos. However, many Flügels fans refused to support the new Marinos and created their own club, Yokohama FC, as they felt that the Flügels had been dissolved rather than merged with.

Teruki Miyamoto was a Japanese football player and manager. He played for Japan national team.

The 1965 season in Japanese football saw the formation of the Japan Soccer League, the first national league in Japan for football clubs. Eight teams took part in the championship, playing on a home and away basis. Toyo Industries were crowned the first ever champions, whilst Nagoya Mutual Bank came bottom and entered and end of season promotion/relegation match to stay in the top flight. They won this, 6–3 on aggregate against Nippon Kokan.

Giravanz Kitakyushu is a Japanese football club based in Kitakyushu, Fukuoka Prefecture. The club's name was changed from New Wave Kitakyushu as of 1 December 2009. They played in the Japan Football League from 2008–2009, and were promoted to J. League Division 2 (J2) for the 2010 season. They played in J2 until the 2016 season, but suffered relegation to the 2017 J3 League after being ranked 22nd. After slumping to the bottom of the 2018 J3 League, they bounced back to become champions in 2019, so were then promoted back to J2 for the 2020 season.

Statistics of Japan Soccer League for the 1981 season.

Masahiro Hamazaki was a Japanese football player. He played for Japan national team.

Hisao Kami is a former Japanese football player and manager. He played for Japan national team.

George Yonashiro is a former Japanese Brazilian (Nisei) football player and manager. In January 1985, he obtained his Japanese citizenship, and played for Japan national team.

Eidai Soccer Club was a Japanese football club based in Yamaguchi Prefecture. The club has played in Japan Soccer League.