Nippon Suisan Kaisha Ltd. (日本水産株式会社, Nippon Suisan Kabushiki-gaisha), more commonly known as Nissui, is a marine products company based in Japan. It had annual revenues of US$5.1 billion in 2014. [4] The company was established in 1911, and is a commercial fishing and marine product procurement corporation. Its goal is to “Establish a global supply chain of marine products.”

The company is the second-largest of its kind in Japan after Maruha Nichiro Holdings and owns Gorton's, a US frozen seafood company, among other companies. The company is listed on the Tokyo Stock Exchange and is constituent of the Nikkei 225 stock index. [5] Its main competitors are Maruha Nichiro and Kyokuyo Co., Ltd.

Its former headquarters, built in Tobata (Kita Kyushu) in 1929, is now an exhibit center. [6]

In 2005, the company divested its whaling fleet following controversy for its role in the modern global whaling industry (see Whaling in Japan ).

As of 2013, the company has 61 subsidiaries and 44 associated companies across Japan, Australia, New Zealand, Asia, Europe and North and South America. [7]

Founded Europacifico, a marketer of marine products, in Vigo, Spain

DOSA was established in Chile in order to administrating, marketing, and distributing for group fishery companies in Chile

The Yokohama DeNA BayStars are a professional baseball team in the Japanese Central League. Their home field is Yokohama Stadium, located in central Yokohama. The team has been known by several names since becoming a professional team in 1950. It adopted its current name in 2011 when the club was purchased by software company DeNA.

Gorton's of Gloucester is a subsidiary of Japanese seafood conglomerate Nippon Suisan Kaisha, Ltd., producing fishsticks and other frozen seafood for the retail market in the United States. Gorton's also has a North American food service business which sells to fast-food restaurants such as McDonald's, and an industrial coating ingredients operation. It has been headquartered in Gloucester, Massachusetts, since 1849. 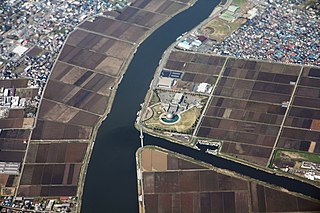 Agriculture, farming, and fishing form the primary sector of industry of the Japanese economy together with the Japanese mining industry, but together they account for only 1.3% of gross national product. Only 20% of Japan's land is suitable for cultivation, and the agricultural economy is highly subsidized.

Aozora Bank, Ltd. is a Japanese commercial bank that offers service in 19 branches in Japan and in 2 overseas representative offices.

Toyo Suisan Kaisha, Ltd. or just Toyo Suisan, is a Japanese company specializing in ramen noodles, through its Maruchan brand, seafood and frozen and refrigerated foods. It is the fourth largest transnational seafood corporation.

A community-supported fishery (CSF) is an alternative business model for selling fresh, locally sourced seafood. CSF programs, modeled after increasingly popular community-supported agriculture programs, offer members weekly shares of fresh seafood for a pre-paid membership fee. The first CSF program was started in Port Clyde, Maine, in 2007, and similar CSF programs have since been started across the United States and in Europe. Community supported fisheries aim to promote a positive relationship between fishermen, consumers, and the ocean by providing high-quality, locally caught seafood to members. CSF programs began as a method to help marine ecosystems recover from the effects of overfishing while maintaining a thriving fishing community. 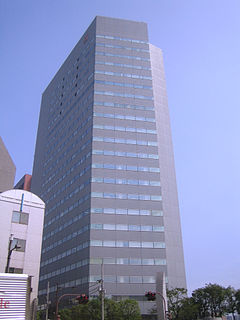 Nichirei Corporation is one of Japan's top producers of frozen foods and a leader in cold storage warehousing, headquartered in Tokyo. Operating through around 80 subsidiaries and affiliates worldwide, its businesses include processed food; logistics; marine products ; meat and poultry; real estate; and biosciences. The company's bioscience work includes antibody development and manufacturing, immunology products, and natural materials processing.

ANZCO Foods or simply ANZCO is a New Zealand meat producer fully owned by the Japanese company Itoham Foods, which in turn is part of Itoham Yonekyu Holdings. In 2016, ANZCO Foods was New Zealand's fifth-largest exporter, with a turnover of NZ$1.5b, and 3,000 employees. 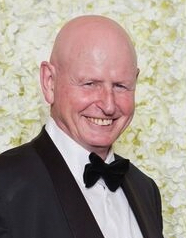 Sir Graeme Thomas Harrison is a New Zealand business executive. He was the driving force behind ANZCO Foods, which is New Zealand's fifth-largest exporter. He was at the helm of ANZCO Foods for 34 years until his retirement in 2018.

Taneko Suzuki was a Japanese biochemist and nutritionist who was an expert in protein chemistry and development of foods from fish proteins. Her work on transforming pollock into a hamburger-like substance received the Minister of Agriculture, Forestry and Fisheries Award in 1980. She was also honored with the Achievement in Processing and Technology Award of the Japanese Society of Fisheries Science in 1980, and the Director's Medal from the Japan Science and Technology Agency Commissioner in 1985.