The first nomocanon, in the sixth century, is ascribed, though without certainty, to John Scholasticus, whose canons it utilizes and completes. He had drawn up (about 550) a purely canonical compilation in 50 titles, and later composed an extract from the Justinian's Novellae in 87 chapters [1] that relate the ecclesiastical matters. To each of the 50 titles was added the texts of the imperial laws on the same subject, with 21 additional chapters, nearly all borrowed from John's 87 chapters. [2] Thus the Nomocanon of John Scholasticus was made.

The second nomocanon dates from the reign of the Byzantine Emperor Heraclius (610–641), at which time Latin was replaced by Greek as the official language of the imperial laws. It was made by fusion of Collectio tripartita (collection of Justinian's imperial law) and Canonic syntagma (ecclesiastical canons). Afterwards, this collection would be known as Nomocanon in 14 titles.

The Nomocanon in 14 titles nomocanon was long held in esteem and passed into the Russian Church, but it was by degrees supplanted by the Nomocanon of Photios in 883.

The great systematic compiler of the Eastern Church, who occupies a similar position to that of Gratian in the West, was Photius, Patriarch of Constantinople in the 9th century. His collection in two parts—a chronologically ordered compilation of synodical canons and a revision of the Nomocanon—formed and still forms the classic source of ancient Church Law for the Greek Church. [3]

This whole collection was commentated about 1170 by Theodore Balsamon, [5] Greek Patriarch of Antioch residing at Constantinople. The Nomocanon of Photios was supplemented the Pedalion (Greek : Πηδάλιον - rudder), a sort of Corpus Juris of the Eastern Orthodox Church, printed in 1800 by Patriarch Neophytos VII.

The Nomocanon of Photios retained in the law of the Eastern Orthodox Church and it was included in the Syntagma, published by Rallis and Potlis (Athens, 1852–1859). [6]

The Nomocanonof Saint Sava , or in Serbian Zakonopravilo (Savino Zakonopravilo), was the first Serbian constitution and the highest code in the Serbian Orthodox Church; it was finished in 1219. This legal act was well developed. St. Sava's Nomocanon was the compilation of Civil law, based on Roman Law [7] [8] and Canon law, based on Ecumenical Councils. Its basic purpose was to organize functioning of the young Serbian kingdom and the Serbian church.

During the Nemanjić dynasty (1166-1371) Serbian medieval state was flourishing in the spheres of politics, religion and culture. As the state developed, also the industry developed, so the law had to regulate various number of relations. Therefore, with the development of economy, Roman Law was taken. In that time Serbia was not a tsarish empire, so its ruler could not create code of laws, which would regulate the relations in the state and church. Serbian rulers reigned with single legal acts and decrees. In order to overcome this problem and organize legal system, after acquiring religious independence, Saint Sava finished his Zakonopravilo in 1219.

The Zakonopravilo was accepted in Bulgaria, Romania and Russia. It was printed in Moscow in the 17th century. So, Roman-Byzantine law was transplanting among East Europe through the Zakonopravilo. In Serbia, it was considered as the code of the divine law and it was implemented into the Dušan's code (Serbian : Dušanov zakonik).

During the Serbian Revolution (1804) priest Mateja Nenadović established the Nomocanon of Saint Sava as the code of the liberated Serbia. It was also implemented in Serbian civil code (1844). The Zakonopravilo is still used in the Serbian Orthodox Church as the highest church code.

Nomocanons of the Church of the East by author are:

Photios I, also spelled Photius, was the ecumenical patriarch of Constantinople from 858 to 867 and from 877 to 886. He is recognized in the Eastern Orthodox Church as Saint Photios the Great.

John Scholasticus was the 32nd patriarch of Constantinople from April 12, 565 until his death in 577. He is also regarded as a Saint of the Eastern Orthodox Church. 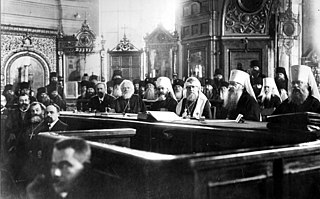 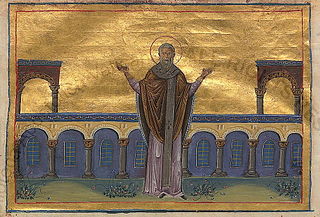 John IV, also known as John Nesteutes, was the 33rd bishop or Patriarch of Constantinople. He was the first to assume the title Ecumenical Patriarch. He is regarded as a saint by the Eastern Orthodox Church which holds a feast on September 2.

The Apostolic Canons or Ecclesiastical Canons of the Same Holy Apostles or Canons of the Holy Apostles is a 4th-century Syrian Christian text. It is an Ancient Church Order, a collection of ancient ecclesiastical decrees concerning the government and discipline of the Early Christian Church, allegedly written by the Apostles first found as the last chapter of the eighth book of the Apostolic Constitutions. Like the other Ancient Church Orders, the Apostolic Canons use a pseudepigraphic form.

Byzantine law was essentially a continuation of Roman law with increased Christian influence. Most sources define Byzantine law as the Roman legal traditions starting after the reign of Justinian I in the 6th century and ending with the Fall of Constantinople in the 15th century.

A protopope, or protopresbyter, is a priest of higher rank in the Eastern Orthodox and the Byzantine Catholic Churches, generally corresponding to Western Christianity's archpriest or the Latin Church's dean. 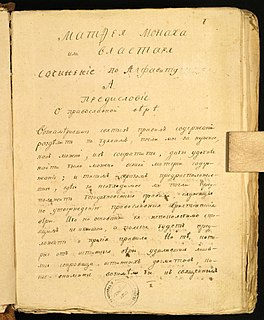 Syntagma Canonum is a canonical collection made in 1335 by Matthew Blastares, a Greek monk about whose life nothing certain is known. The collector aimed at reducing canon law to a handier and more accessible form than it appeared in the Nomocanon of Photius, and to give a more comprehensive presentation than the epitomes and synopses of earlier writers such as Stephen, Aristenus (1160), Arsenius (1255), et al. The author arranged his matter in alphabetical order. He made 24 general divisions, each marked off by a letter of the Greek alphabet. These sections he subdivided into 303 titles, themselves distinguished by letters; for example, the third section contains such topics as: peri gamou, peri gynaikon, etc. The titles ordinarily treat of the civil law, as well as ecclesiastical law. Some titles however are purely ecclesiastical, others purely civil. The church ordinances are quoted from previous collections, especially from the Nomocanon (883), while the extracts from the civil law are for the most part transcribed without any reference to their origin. The compilation soon came into general use among the clergy, and preserved its authority even under Ottoman rule. A translation into Serbian followed close upon its first publication. It even worked its way into the political life of the Serbian people through an abridgment which Serbian Emperor Dušan appended to his code of laws (1349). From this the purely ecclesiastical enactments were excluded, but the civil law contained in the Syntagma was reproduced whenever adaptable to the social condition of the people. In the sixteenth century the Syntagma Canonum was translated into Bulgarian; in the seventeenth century into Russian. 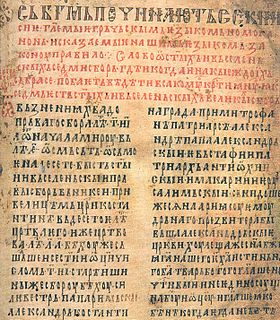 The Nomocanon of Saint Sava, known in Serbian as Zakonopravilo (Законоправило) or Krmčija (Крмчија), was the highest code in the Serbian Orthodox Church, finished in 1219. This legal act was written in simple folk language and its basic purpose was to organize continuation and functioning of the Serbian kingdom and the Serbian church. It was originally printed under the name „Rules of Speech“ in the language of Raška, in two issues, one for Vlaška and another one for Erdelja in 1640.

The Law of Serbia comprises many levels of codified and uncodified forms of law, of which the most important is the Serbian Constitution.

Kórmchaia Book or Books of the Pilot or Pidalion or Nomocanon are collections of church and secular law, which constituted guide books for the management of the church and for the church court of Orthodox Slavic countries and are transmission of several old texts. It were written in Old Church Slavonic and Old Russian.