Last updated February 24, 2021
This article is about the city district. For the borough, see Norrmalm (borough).

Norrmalm is a city district in Stockholm, Sweden. [1]

Norrmalm is part of the larger borough of Norrmalm (Norrmalms stadsdelsområde). The southern part of the district, Lower Norrmalm (Nedre Norrmalm), also known as City, constitutes the most central part of Stockholm, while Upper Norrmalm (Övre Norrmalm) is more residential. [2]

The name Norrmalm is first mentioned in 1288. In 1602 Norrmalm became an independent city with its own mayor and administration called the Northern Suburb (Norra Förstaden). The town was short-lived and in 1635 it was incorporated with Stockholm again. Norrmalm is today considered to be the central part of Stockholm. [3]

In the 1950s and 1960s, large parts of lower Norrmalm were torn down to build a new and modern city. The demolitions were carried out swiftly and many Stockholmers still miss "old Klara" (Klara is a part of lower Norrmalm). Among the new features created as a result of the clearances were the large central public plaza at Sergels torg and the Klara Tunnel (Klaratunneln). [4]

Sergels torg is a major public square in Stockholm, Sweden, constructed in the 1960s and named after 18th-century sculptor Johan Tobias Sergel, whose workshop was once located north of the square. 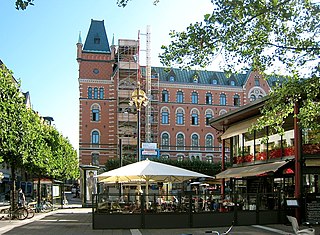 Norrmalm is a borough (stadsdelsområde) in central Stockholm, Sweden. It is named after the dominating district.

Kungsholmen is an island in Lake Mälaren in Sweden, part of central Stockholm, Sweden. It is situated north of Riddarfjärden and considered part of the historical province Uppland. Its area is 3.9 km2 (1.5 sq mi) with a perimeter of 8.9 km (5.5 mi). The highest point is at Stadshagsplan at 47 metres (154 ft). The total population is 56,754.

T-Centralen is a metro station that forms the heart of the Stockholm metro system, in the sense that it is the only station where all three of the system's lines meet. That, its central location, and its connections with other modes of transport make it the busiest station in the system. The station is located in the Norrmalm borough of Stockholm, between Sergels torg and the street of Vasagatan. 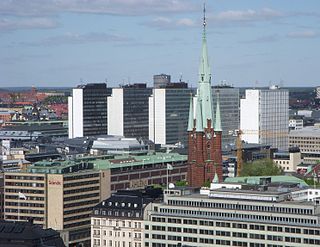 Klara is a part of lower Norrmalm in the central part of Stockholm. It has its name from Klara Church. Today the name, though not often used in daily speech, has become synonymous with the old city that once occupied lower Norrmalm. 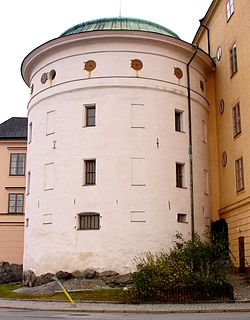 Birger Jarls torn is a defensive tower on the northwest corner of Riddarholmen, an islet in Gamla Stan, the old town of Stockholm.

Klarabergsviadukten is a reinforced concrete bridge and an overpass in central Stockholm, Sweden. Stretching over Klara Sjö, it connects Norrmalm to Kungsholmen.

Södermalm is a city district area in central Stockholm, Sweden. Södermalm borough has a population of around 110,000, making it the most populated borough of Stockholm. The urban development project of Hammarby Sjöstad is located in the Södermalm borough.

The Church of Saint Clare or Klara Church is a church in central Stockholm. Since 1989, the Swedish Evangelical Mission is responsible for its activities.

Klara Sjö is a canal in central Stockholm, Sweden.

The Hötorget buildings are five high-rise office buildings in Stockholm, Sweden. Located between the squares Hötorget and Sergels Torg in the central Norrmalm district, they stand 72 meters tall and are a clearly visible landmark. 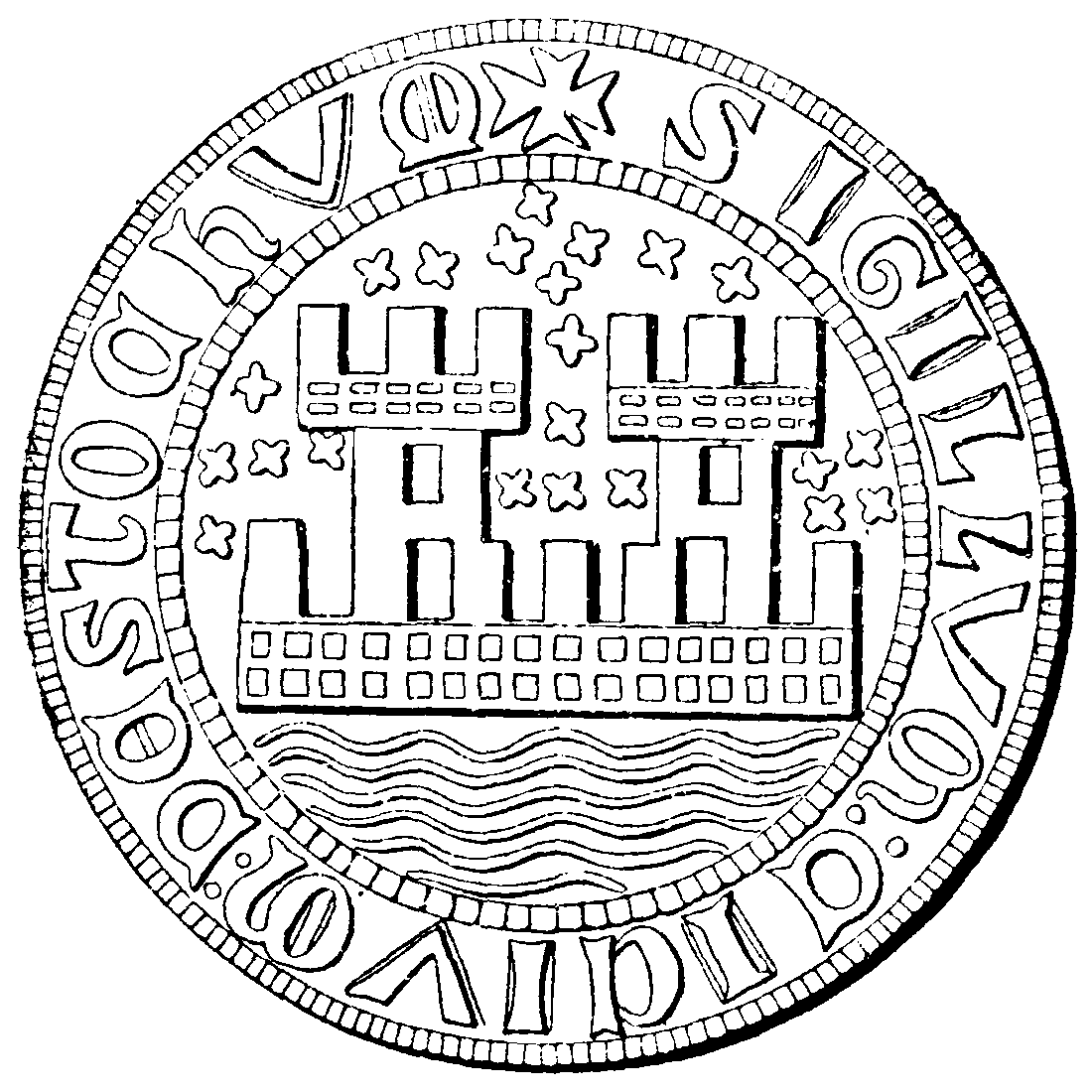 The following is a timeline of the history of the city of Stockholm, Sweden.

Klara air raid shelter, also known as the Klara bunker, is one of Stockholm's major civil air raid shelters, with an area of 6,650 m2 (71,600 sq ft). The shelter is designed for civilians and members of government, and is located in central Stockholm. The shelter was built during the Cold War, in the 1960s, as central Stockholm was being reformed during the "Redevelopment of Norrmalm". Klara shelter is named after the nearby Klara Church.

Norra Latin is the familiar Swedish name of a historic Stockholm school more properly known as Högre allmänna läroverket för gossar å Norrmalm. Completed in 1880, for over a hundred years the school, at 71b Drottninggatan in the Norrmalm district of Stockholm, offered an education that emphasized Greek, Latin and classical studies. The school was formed by a merger that included Klara gamla skola on Klara västra kyrkogata and Stockholms gymnasium on the island of Riddarholmen. Although a 1918 resolution declared that the school should be co-educational, girls were in fact not admitted until 1961. In the beginning of the 1980s the building was sold to Landsorganisationen i Sverige, the Swedish Trade Union Confederation, who renovated the building as a modern conference centre, opening in 1989.

Söderström is a river in central Stockholm that connects Lake Mälaren with the Baltic Sea. It runs south of Gamla stan from Riddarfjärden to Stockholms ström. It is one of two natural waterways between Mälaren and the Baltic sea, the other being Norrström north of Gamla stan. 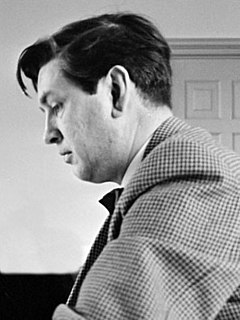