The Norwegian Academy of Music (Norwegian: Norges musikkhøgskole, NMH) is a university-level music conservatory located in Oslo, Norway, in the neighbourhood of Majorstuen, Frogner. It is the largest music academy in Norway and offers the country's highest level of music education. As a specialized university (vitenskapelig høgskole), it offers both undergraduate and postgraduate courses. Throughout the years the Academy has educated many of Norway's most renowned musicians.

The Norwegian Academy of Music educates performers, composers and pedagogues, and attempts to lay the foundation for research within various fields of music. It educates musicians within folk music genres, church music, classical music and, quite notably in later years, a string of successful performers within the jazz realm.

As is the case with all schools in the Norwegian educational system, the school is free of charge. Students can only be accepted by auditioning and/or other verifiable qualifications.

The Norwegian Academy of Music was established in 1973. The current Academy is a result of a merger with the former Østlandets musikkonservatorium in 1996, which was a successor to the music school at Veitvet founded by Olav Selvaag.

The request for a governmental institution for music education goes back to the 19th century. In 1883 Ludvig Mathias Lindeman (father) and Peter Brynie Lindeman (son) started the so-called "School for Organists" in Kristiania (former name for Oslo). It developed to become the first and biggest conservatory of music in Norway, and made an important foundation for the Norwegian Academy of Music. The Lindeman conservatory was discontinued in 1973. To honour the memory of the Lindeman family, the biggest concert hall at the Academy is named the Lindeman Hall, which has a capacity of more than 400 people.

The Royal Conservatory of Music, branded as The Royal Conservatory, is a non-profit music education institution and performance venue headquartered in Toronto, Ontario, Canada. It was founded in 1886 by Edward Fisher as The Toronto Conservatory of Music. In 1947, King George VI incorporated the organization through royal charter. Its Toronto home was designated a National Historic Site of Canada in 1995, in recognition of the institution's influence on music education in Canada. Tim Price is the current Chair of the Board, and Peter Simon is the President.

The Eastman School of Music is the music school of the University of Rochester in Rochester, New York. It was established in 1921 by industrialist and philanthropist George Eastman. 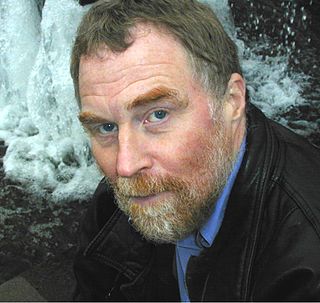 Olav Anton Thommessen is a Norwegian contemporary composer. His main compositions include Et glassperlespill and Gjennom Prisme. He is a former professor of composition at the Norwegian Academy of Music and has been influential in Norwegian contemporary classical music since the 1970s, particularly within music education and music organisations. Thommessen has played a significant role in aesthetic discourse in Norway and is known for his modernist and atonal stance. He has engaged in a critical dialogue with his former student Marcus Paus that includes the opera monologue The Teacher Who Was Not To Be; a 2015 debate between the two was described as "the biggest public debate about art music" in Norway since the 1970s.

Ernst Glaser was a German / Norwegian violinist, orchestra conductor and music teacher, married to the pianist Kari Marie Aarvold Glaser. He was the father of the pianist Liv Glaser and the cellist Ernst Simon Glaser, both Norwegian classical musicians.

Nils Henrik Asheim is a Norwegian composer and organist, living in Stavanger.

Leif Solberg was a Norwegian classical composer and organist.

Peder Steenberg was a Norwegian organist and composer from Nedre Eiker, best known for his church music.

Peter Brynie Lindeman was a Norwegian organist, cellist, and composer.

Anna Severine Lindeman was a Norwegian composer and music teacher.

The Oslo Conservatory of Music was a music school in Oslo, Norway.

Trygve Henrik Lindeman was a Norwegian cellist and the head of the Oslo Conservatory of Music for two generations.

The following is a list of notable events and releases of the year 1914 in Norwegian music.