The Norwegian News Agency (Norwegian : Norsk Telegrambyrå; abbreviated NTB) is a Norwegian press agency and wire service that serves most of the largest Norwegian media outlets. The agency is located in Oslo and has bureaus in Brussels in Belgium and Tromsø in northern Norway. NTB operates 24 hours a day, with the night service handled from a bureau in Sydney, Australia since 2015. The photo agency Scanpix is a wholly owned subsidiary of NTB.

United Press International (UPI) is an international news agency whose newswires, photo, news film, and audio services provided news material to thousands of newspapers, magazines, radio and television stations for most of the 20th century. At its peak, it had more than 6,000 media subscribers. Since the first of several sales and staff cutbacks in 1982, and the 1999 sale of its broadcast client list to its rival, the Associated Press, UPI has concentrated on smaller information-market niches.

Xinhua News Agency or New China News Agency is the official state-run press agency of the People's Republic of China. Xinhua is the biggest and most influential media organization in China, as well as the largest news agency in the world in terms of correspondents worldwide. Xinhua is a ministry-level institution subordinate to the State Council and is the highest ranking state media organ in the country alongside the People's Daily. Its president is a member of the Central Committee of the Communist Party of China.

PA Media is a multimedia news agency operating in the United Kingdom and Ireland.

The Jewish Telegraphic Agency (JTA) is an international news agency and wire service serving Jewish community newspapers and media around the world, with about 70 syndication clients listed on its web site. 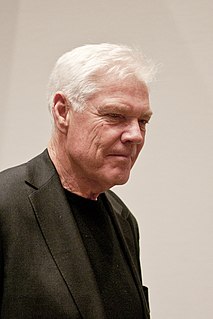 Arne Treholt is a Norwegian former KGB agent who was convicted of treason and espionage on behalf of the Soviet Union against Norway during the Cold War. Before his arrest in 1984 he was successively a journalist, a junior Norwegian Labour Party politician and a medium-level official of the Ministry of Foreign Affairs in Norway. Treholt's espionage is generally seen as the most serious spy case in the modern history of Norway. He was arrested in 1984 and sentenced to 20 years in prison the following year, of which he served nine in a maximum security prison. After his release from prison in 1992, Treholt moved to Russia where he started a company together with a former KGB general. Following his arrest Treholt was described as "the greatest traitor to Norway since Quisling." After his release from prison Treholt has occasionally been active in public debate, and he has been accused by Norwegian media of promoting Russian propaganda "as taken straight from the propaganda channel Russia Today or a handbook for the web brigades or Russian agents of influence in troll factories."

Ritzaus Bureau A/S, or Ritzau for short, sometimes stylized as /ritzau/, is a Danish news agency founded by Erik Ritzau in 1866. It collaborates with three other Scandinavian news agencies to provide Nordic News, an English-language Scandinavian news service. It is based in Copenhagen and Lars Vesterløkke is editor-in-chief and CEO of the company.

Associated Press of Pakistan (APP) is a government-operated national news agency of Pakistan. APP has News Exchange Agreements with 37 Foreign News Agencies and has more than 500 correspondents.

Scanpix Scandinavia is a stock photography agency. It is the leading distributor of photographic services in Scandinavia, and has independent branches in Denmark, Norway, Sweden and Estonia. Scanpix provides daily news services to subscribing newspapers. Its other customers includes magazines, advertising agencies and publishing houses. Among other company operations, Scanpix archives over 12 million photographs digitally and millions more physically.

Finnish News Agency is a Finnish news agency, established in 1887 and based in Helsinki.

Avisenes Nyhetsbyrå (ANB) is a Norwegian news agency that was established in 1912 as Socialdemokratisk Pressekontor. In 1919 this was changed to Arbeidernes Pressekontor and in 1984 it was changed again to A-pressens Oslo-redaksjon (APOR). In 1990 the agency was reorganized as a joint stock company, and on September 1, 2001 it got its current name.

Ottar Egil Toreng was a Norwegian newspaper editor and politician.

REGNUM News Agency is a Russian non-governmental, nationwide online news service disseminating news from Russia and abroad from its own correspondents, affiliate agencies and partners. REGNUM covers events in all regions of Russia as well as neighboring countries in Europe, Central Asia and South Caucasus.

Document.no is a Norwegian conservative online newspaper that describes itself as focusing on politics, public debate, media criticism and culture. The website espouses views that are critical towards Islam and immigration, and supportive of Israel and the United States. Some have labelled the site Islamophobic, but the Norwegian Centre Against Racism considers it only sometimes Islamophobic, while others consider it to be within legitimate political debate. The National Library of Norway classifies it as a web periodical focusing on culture, politics and political science. Document originally began as a small publishing company, and in addition to books it has also published a printed periodical starting in 2013. The website was launched in 2003, and is owned by the limited company with the same name. The founder and editor is Hans Rustad, a former journalist for the news agency NTB.

Knut Lindh is a Norwegian author. He has worked for several media companies, among others The Norwegian News Agency (NTB), The Norwegian Broadcasting Corporation (NRK), TV 2 Norway and National Geographic. Lindh graduated from The Norwegian School of Journalism in 1977 and has studied international communication and politics at the University of Minnesota. He published his first book in 1985 and has since then written novels, biographies and dictionaries. Lindh was awarded the "Fresh Blood" prize 2009 for Dead Man Rises. The prize is awarded annually for the best Norwegian crime novel debut.

MINDS International is an association of news agencies that collaborate in digital media business. MINDS was founded in 2004 by the World Association of Newspapers and News Publishers and five news agencies, with funding from the European Union. Currently the MINDS network consists of more than twenty member agencies from around the world.

Paul Asbjørn Bjerketvedt is a Norwegian editor, and has been CEO of the Norwegian News Agency (NTB) since 2004.