Nova Cinema is a pay television service available in Greece that broadcasts blockbuster movies and hit series. It is a 24/7 movie service and it launched in 1994, It is owned by Nova, who own and operate a DTH satellite service with the same name and Nova Sports—a sports channel. [1]

Nova satellite subscribers have access to all four Nova Cinema channels if they subscribe to either the Cinema pack or the Full pack offered by the company.

From 1994 until 1 June 2008, Nova Cinema was known as Filmnet which was one of the oldest names in European pay television history: Originally, service was launched in 1985 targeting Benelux and Scandinavia. In 1997, all Filmnet channels minus the one in Greece were sold to Groupe Canal+ and rebranded as Canal+. With the arrival of the Nova Cinema brand, the name Filmnet was retired.

Nova occasionally gives one of their channels a temporary rebrand to air different kinds of seasonal or promotional programming. Examples of this include:

NovaCinema 1 HD features special events such as Golden Globe Awards, Screen Actors Guild Awards and BAFTA. It used to broadcast the Academy Awards until 2016 when Nova lost the exclusive rights to the coverage of the ceremony.

Shaw Direct is a direct broadcast satellite television distributor in Canada and a subsidiary of the telecommunications company Shaw Communications. As of 2010, Shaw Direct had over 900,000 subscribers. It broadcasts on Ku band from two communications satellites: Anik G1 at 107.3°W, and Anik F2 at 111.1°W. Anik F1R, which had been in service for 15 years, reached its end of life in the latter part of 2020, when the services on this satellite were migrated between the remaining two. These satellites are owned by Telesat Canada and otherwise are used primarily to distribute programming to various Canadian cable TV companies. The company was formerly known as Star Choice until April 15, 2009.

Sky Cinema is a British subscription film channel owned by Sky Group, a division of Comcast. In the United Kingdom, Sky Cinema channels currently broadcast on the Sky satellite and Virgin Media cable platforms, and in addition Sky Cinema on demand content are available through these as well as via Now TV, BT TV and TalkTalk TV.

Pay television, also known as subscription television, premium television or, when referring to an individual service, a premium channel, refers to subscription-based television services, usually provided by multichannel television providers, but also increasingly via digital terrestrial, and streaming television. In the United States, subscription television began in the late 1970s and early 1980s in the form of encrypted analog over-the-air broadcast television which could be decrypted with special equipment. The concept rapidly expanded through the multi-channel transition and into the post-network era. Other parts of the world beyond the United States, such as France and Latin America have also offered encrypted analog terrestrial signals available for subscription. 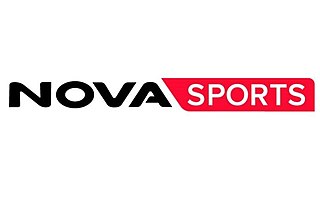 Nova Sports is a Greek sports pay television network owned by Nova, a subsidiary of Greek telecommunications company of the same name. It was launched in 1994 as SuperSport and at the time was the first premium sports service in Greece. It is available exclusively on Nova, a DTH satellite service. It is available terrestrially and via satellite only on Nova. 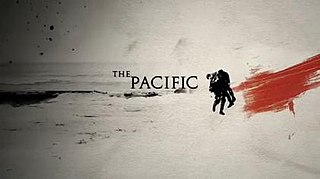 The Pacific is a 2010 American war drama miniseries produced by HBO, Playtone, and DreamWorks that premiered in the United States on March 14, 2010.

Sky Atlantic is a British pay television channel owned by Sky Group Limited broadcast in the United Kingdom and Ireland. The channel is primarily dedicated to imported programmes from the United States, and holds the domestic rights to HBO and until the end of 2021 Showtime dramas, but also broadcast many original Sky productions. It is exclusively available on the Sky satellite TV platform and Sky's Now TV platform.

Nova Life is a Greek satellite television channel owned by Nova, who own and operate a DTH satellite service with the same name. It was launched on May 13, 2013, and it features series, movies, talk shows, shows with showbiz news, making of, deleted scenes and backstage. Also, it broadcasts hit series from its sister channel Nova Cinema.