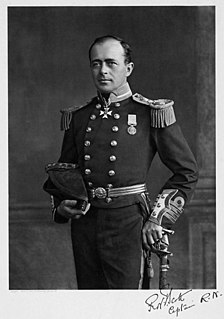 Captain Robert Falcon Scott was a Royal Navy officer and explorer who led two expeditions to the Antarctic regions: the Discovery expedition of 1901–1904 and the ill-fated Terra Nova expedition of 1910–1913. On the first expedition, he set a new southern record by marching to latitude 82°S and discovered the Antarctic Plateau, on which the South Pole is located. On the second venture, Scott led a party of five which reached the South Pole on 17 January 1912, less than five weeks after Amundsen's South Pole expedition.

The Dennistoun Glacier is a glacier, 50 nautical miles long, draining the northern slopes of Mounts Black Prince, Royalist and Adam in the Admiralty Mountains of Victoria Land in Antarctica. It flows northwest between the Lyttelton Range and Dunedin Range, turning east on rounding the latter range to enter the sea south of Cape Scott. The coastal extremity of the glacier was charted in 1911–12 by the Northern Party, led by Victor Campbell, of the British Antarctic Expedition, 1910–13. The geographical feature lies situated on the Pennell Coast, a portion of Antarctica lying between Cape Williams and Cape Adare. 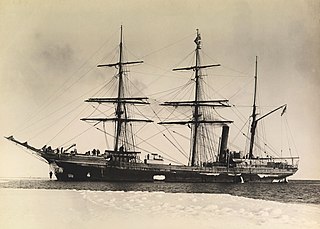 Knox Coast, part of Wilkes Land, is that portion of the coast of Antarctica lying between Cape Hordern, at 100°31′E, and the Hatch Islands, at 109°16′E.

English Coast is a portion of the coast of Antarctica between the northern tip of Rydberg Peninsula and the Buttress Nunataks, on the west side of Palmer Land. To the west is Bryan Coast, and northward runs Rymill Coast east of Alexander Island across George VI Sound. This coast was discovered and explored in 1940, on land by Finn Ronne and Carl R. Eklund and from the air by other members of the East Base of the US Antarctic Service (USAS), 1939–41. It was originally named "Robert English Coast" after Capt. Robert A.J. English, US Navy, Executive Secretary of USAS, 1939–41, and formerly Captain of the Bear of Oakland on the Byrd Antarctic Expedition, 1933–35. The name is shortened for the sake of brevity.

The Walgreen Coast is a portion of the coast of Antarctica between Cape Herlacher and Cape Waite, or between Eights Coast on the east and Bakutis Coast in the west. It extends from 103°24'W to 114°12'Wto. It was discovered by Rear Admiral Richard E. Byrd and members of the US Antarctic Service (USAS) by flights from the USS Bear during February 1940.

Cape Adare is a prominent cape of black basalt forming the northern tip of the Adare Peninsula and the north-easternmost extremity of Victoria Land, East Antarctica.

Commander Harry Lewin Lee Pennell was a Royal Navy officer who served on the Terra Nova Expedition. He was responsible for the first sighting of Oates Coast on 22 February 1911, and named it after Captain Lawrence Oates. He only spent short periods in Antarctica, returning with the Terra Nova to wait out the winters of 1911 and 1912 in Lyttelton, New Zealand. Due to the absence of Robert Falcon Scott on land, Pennell assumed the role of command on the Terra Nova, which would bring fresh supplies back to Antarctica with each voyage. 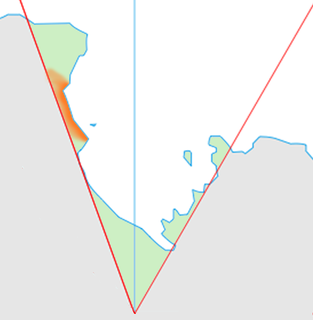 Scott Coast is the portion of the coast of Victoria Land between Cape Washington and Minna Bluff. Named by New Zealand Antarctic Place-Names Committee (NZ-APC) in 1961 after Captain Robert Falcon Scott, Royal Navy, leader of the Discovery expedition (1901–04) and the British Antarctic Expedition (1910-13), who lost his life on the return journey from the South Pole. Much of the early exploration of this coastline was accomplished by Scott and his colleagues, and many of the names in the region were bestowed by him.

Captain Lawrence Edward Grace "Titus" Oates was a British army officer, and later an Antarctic explorer, who died during the Terra Nova Expedition when he walked from his tent into a blizzard. His death, which occurred on his 32nd birthday, is seen as an act of self-sacrifice when, aware that the gangrene and frostbite from which he was suffering was compromising his three companions' chances of survival, he chose certain death for himself in order to relieve them of the burden of caring for him.

The Borchgrevink Coast is that portion of the coast of Victoria Land between Cape Adare and Cape Washington. The name was recommended by New Zealand Antarctic Place-Names Committee in 1961 after Carsten Borchgrevink, a member of Henrik Johan Bull's expedition to this area, 1894–95, and leader of the British Antarctic Expedition, 1898–1900, the first to winter on the continent, at Cape Adare.

Pennell Coast is that portion of the coast of Antarctica between Cape Williams and Cape Adare. To the west of Cape Williams lies Oates Coast, and to the east and south of Cape Adare lies Borchgrevink Coast. Named by New Zealand Antarctic Place-Names Committee (NZ-APC) in 1961 after Lieutenant Harry Pennell, Royal Navy, commander of the Terra Nova, the expedition ship of the British Antarctic Expedition, 1910–13. Pennell engaged in oceanographic work in the Ross Sea during this period. In February 1911 he sailed along this coast in exploration and an endeavor to land the Northern Party led by Lieutenant Victor Campbell. 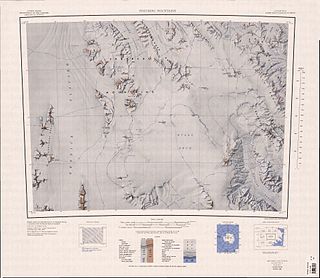 Evans Névé is a large névé which nourishes Tucker Glacier, Mariner Glacier, Aviator Glacier, Rennick Glacier and Lillie Glacier in Victoria Land, Antarctica. The névé was named in honor for Edgar Evans of the ill-fated British Antarctic Expedition, 1910–13, by the Northern Party of the New Zealand Geological Survey Antarctic Expedition, 1963–64. Evans, along with Edward Adrian Wilson, Lawrence Oates and Henry Robertson Bowers, accompanied Captain Robert F. Scott to the Geographic South Pole, January 17, 1912. All five perished on the return journey after failing to beat Norwegian explorer Roald Amundsen to the 90th parallel. This glaciological feature lies situated on the Pennell Coast, a portion of Antarctica lying between Cape Williams and Cape Adare.

The Terra Nova Islands are a pair of small phantom islands. They were thought to lie off Oates Coast, East Antarctica, about 14 nautical miles (26 km) north of Williamson Head in the Somov Sea.

Tomilin Glacier is a glacier over 15 nautical miles (28 km) long, draining north from Pope Mountain in central Wilson Hills. It enters the sea east of Goodman Hills and Cape Kinsey, forming a substantial glacier tongue. The glacier was photographed from aircraft of U.S. Navy Operation Highjump in 1947, and by the Soviet Antarctic Expedition in 1958. Named by the latter for Soviet polar aviator Mikhail N. Tomilin (1908–52), who perished in the Arctic.