Lake Zürich is a lake in Switzerland, extending southeast of the city of Zürich. Depending on the context, Lake Zürich or Zürichsee can be used to describe the lake as a whole, or just that part of the lake downstream of the Seedamm at Rapperswil, whilst the part upstream of Rapperswil may be called the Obersee or Upper Lake. 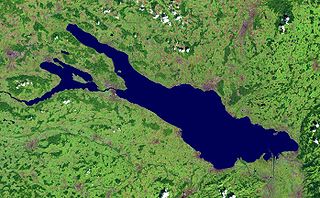 The Linth is a Swiss river that rises near the village of Linthal in the mountains of the canton of Glarus, and eventually flows into the Obersee section of Lake Zurich. It is about 50 kilometres (31 mi) in length. 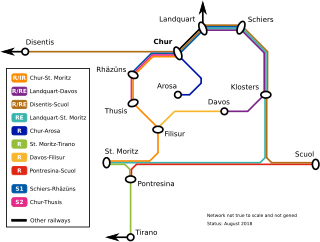 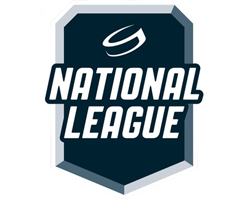 The National League (NL) is a professional ice hockey league in Switzerland and is the top tier of the Swiss league system. Prior to the 2017–18 season, the league was known as National League A. During the 2018–19 season, the league had an average of 6,949 spectators per game which is the highest among European leagues. The capital city's club SC Bern has been ranked first of all European clubs for 18 seasons and had an average attendance of 16,290 after the regular season. The ZSC Lions are another club in the top ten of European ice hockey attendance, ranking seventh with 9,694 spectators.

Arosa is a town and a municipality in the Plessur Region in the canton of Graubünden in Switzerland. It is both a summer and a winter tourist resort. 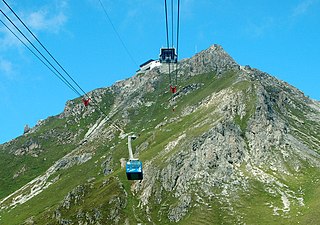 Obersee is the German word for "Upper Lake" and may refer to: 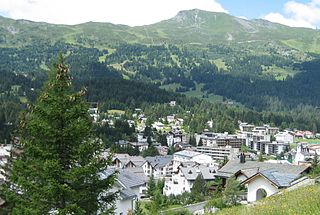 Obersee is a lake on Oberseealp in the Canton of Glarus, Switzerland. Its surface area is 24 ha. There is a hotel on the lakeside which overlooks the lake and the Brünnelistock. During a cold and dry winter there is a chance of black ice developing.

The Tour de Sol in Switzerland was the first rally for solar powered vehicles. It was carried out annually from 1985 to 1993. The first event started on June 25 in Romanshorn on the Lake of Constance, and finished on June 30 in Geneva. 72 vehicles started in two classes; over 50 finished. The vehicles were powered exclusively by direct onboard solar power in addition to an initial charge of the onboard accumulators. The second class also allowed direct human power with pedals. The rally was conceived as a kind of race with the winners being those using the least time to travel the set course each day. The course was on unclosed public roads and the drivers were required to adhere all traffic rules and speed limits. The first events were very popular with thousands of spectators lining the roads and visiting the camps where the vehicles stopped each day. In later years the fastest vehicles also raced on round-circuit closed-off courses each day after arriving at the stops. From 1990 the organisers also held separate events called Tour de Sol Alpine. These included closed courses on frozen lakes and snowy roads and on unclosed mountain passes.

The Jona is a river in the Swiss cantons of Zürich and St. Gallen. 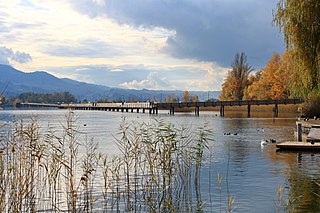 Holzbrücke Rapperswil-Hurden is a wooden pedestrian bridge between the city of Rapperswil and the village of Hurden crossing the upper Lake Zürich (Obersee) in Switzerland. The prehistoric timber piles discovered to the west of the Seedamm date back to 1523 BC. The island settlement Technikum is a prehistoric pile-dwelling settlement which is part of the UNESCO World Heritage Site Prehistoric Pile dwellings around the Alps. The first wooden footbridge led across Lake Zürich, followed by several reconstructions at least until the late 2nd century AD when the Roman Empire built a 6 metres (20 ft) wide wooden bridge. Between 1358 and 1360, Rudolf IV, Duke of Austria, built a 'new' wooden bridge across the lake that was used until 1878. On 6 April 2001, the reconstructed wooden footbridge was opened, being the longest wooden bridge in Switzerland. 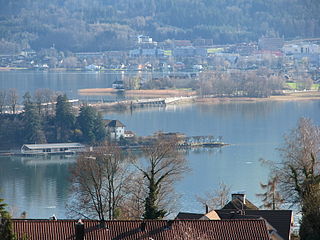 Hurden is a village in the municipality of Freienbach in the canton of Schwyz in Switzerland. First mentioned in 1217, the name "de Hurden" was used for the peninsula and for the fish traps made of woven work, called "Hürden" or "Hurden", which were used by the locals. 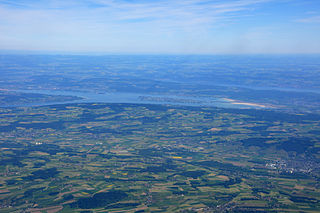 The Untersee, also known as Lower Lake Constance, is the smaller of the two lakes that together form Lake Constance and forms part of the boundary between Switzerland and Germany. 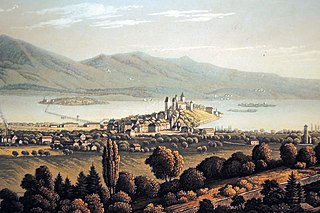 The Obersee is the smaller of the two parts of Zürichsee in the cantons of St. Gallen and Schwyz in Switzerland.

Buechberg is a longside molasse hill in the Swiss cantons of Schwyz and St. Gallen on Obersee lakeshore.

Obersee Nachrichten, commonly shortened to ON, is a Swiss German-language weekly newspaper, published in Rapperswil.