Of Course, the Motorists

The film's sets were designed by the art director Walter Haag.

Herta-Maria Perschy was an Austrian actress whose career included performances on screen with actor Rock Hudson and on American television in both daytime and prime time.

That Can't Shake Our Willi! is a 1970 German comedy film directed by Rolf Olsen and starring Heinz Erhardt, Ruth Stephan, and Günther Jerschke. It is a sequel to the film What Is the Matter with Willi?. When Sieglinde Hirsekorn and her neighbour Mizzi Buntje meet in the shop Mizzi brags about her planned holiday in Italy as she does not expect her neighbours to be able to afford travelling there. But, provoked by this, Sieglinde Hirsekorn claims that she and her family had decided to travel to Italy long before the neighbours did. Now she has to get her husband to agree on the holiday. Of course they travel to the same place as the neighbours do and the competitiveness of the families doesn't stop on vacation. It was followed in 1971 by a third film Our Willi Is the Best, made with Erhard returning as Willi. The final film Willi Manages The Whole Thing was released in 1972.

We Danced Around the World is a 1939 German musical film directed by Karl Anton and starring Charlotte Thiele, Irene von Meyendorff, and Carola Höhn. It is a backstage musical. The film's sets were designed by Paul Markwitz and Fritz Maurischat. 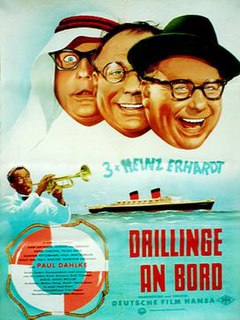 Triplets on Board is a 1959 West German comedy film directed by Hans Müller and starring Heinz Erhardt, Ann Smyrner and Ingrid van Bergen. Three identical brothers all go on the same cruise using only one ticket. 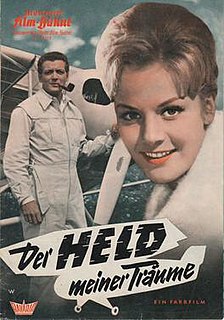 The Hero of My Dreams is a 1960 West German romantic comedy film directed by Arthur Maria Rabenalt and starring Carlos Thompson, Heidi Brühl and Peter Vogel. 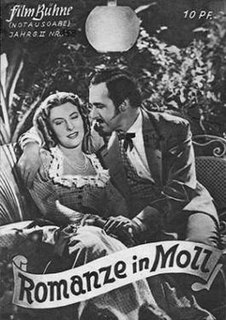 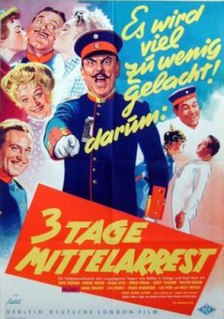 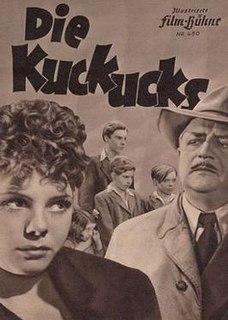 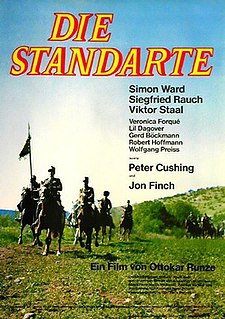 The Standard is a 1977 war drama film directed by Ottokar Runze and starring Simon Ward, Siegfried Rauch and Peter Cushing. It was made as a co-production between Austria, Spain and West Germany. The film is based on the 1934 novel The Standard by Alexander Lernet-Holenia, previously turned into a 1935 film My Life for Maria Isabella in Nazi Germany. It premiered at the Cannes Film Festival.